The Chattanooga Film Festival is going virtual this year because Pandemic be damned, the show must go on! This year’s lineup includes not only a handful of midnight madness selections and genre-defying world premieres but also a handful of NOFS favorites from the 2019 festival circuit. Included among them are  Johannes Nyholm’s Koko-di Koko-da, Eric Powers’ Attack of The Demons, Orçun Behram’s The Antenna, and Greg Nictoero’s Creepshow series.

The 2020 Chattanooga Film Festival will also be honoring the works of Joe Dante, as well Justin Benson & Aaron Moorehead who will be providing “live never-heard-before commentary and insight on the making of Resolution, Spring, and The Endless“. Fangoria editors Phil Nobile Jr and Meredith Borders will also be hosting a panel entitled “How I Learned To Stop Worrying and Publish the Summer of 2020 Fangoria“. This is really just the tip of the iceberg (did I mention that GWAR will be??) in terms of what Chattanooga has to offer to housebound horror fans this year. The virtual festival will be live May 22 – May 25, full details and badges can be found HERE. Below are 5 movies we can’t wait to see at this year’s festival! 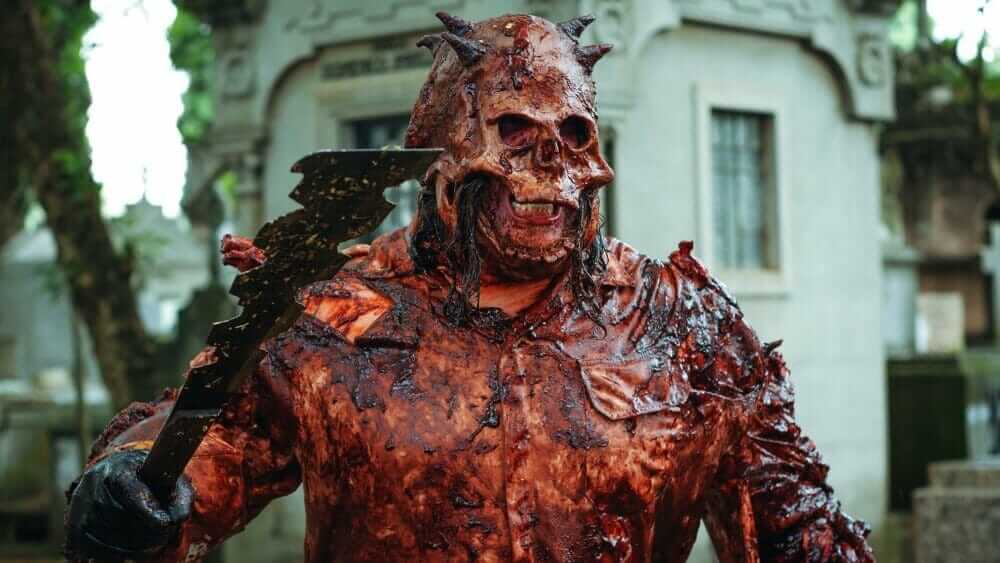 “Born out of the pioneering genre festival Fantaspoa and their first ever marketplace, SKULL is a mystical Brazilian bloodbath covering the Sao Paulo streets with splatter to spare. Easily this year’s most insane midnighter, filmmaker Kapel Furman channels his inner Jason Voorhees with the story of an ancient mask that possesses the human form to commit visceral sacrifices of vengeance for the incarnation of its God.”

From the Press Release: “A dark fable set in a world that’s equal parts High Fantasy and modern-day Earth, this incredible ten-years-in-the-making feature from Executive Producer Shane Carruth sets itself up with the simplest, yet most complex, of descriptions: ‘In Whithren, a line of women pass a recurring dream through multiple generations’. This is a film you will not soon forget.”

The Vice Guide To Bigfoot “The debut feature from director Zach Lamplugh (Adult Swim); This paranormal comedy follows a hopelessly millennial reporter on the most important assignment of his career: Bigfoot. But after following a prominent cryptozoologist into the Appalachian foothills, he’s forced to answer the question, is a good story worth dying for?”

“We’ve all seen horror anthology films, but nothing quite like SCARE PACKAGE, which blends a generous helping of comedy into the mix. Each director worked with a different horror sub-genre, taking aim at the tropes and cliches that populate the genre.”

“Based on a true story, the film follows Jeanne, a shy young woman who lives at home with her uninhibited mother and works as a cleaner at an amusement park. During her late-night shifts, she begins spending time with the alluring new Tilt-A-Whirl ride that she decides to call Jumbo — and she strikes an intimate bond with the ride. She ends up being seduced by “his” red lights, smooth chrome and oily hydraulics. As a result, she wants to pursue a thrilling new relationship with Jumbo.”

The Virtual Editon of the 2020 Chattanooga Film Festival will be live May 22 – May 25 for four days of feature film premieres, panel discussion, and live events. The virtual festival is open to residents of the United States and full access badges can be purchased HERE for only $30! Let us know if you’ll be attending, and what you’re most excited to see, over on Twitter, in the Nightmare on Film Street Subreddit, and on Facebook in the Horror Movie Fiend Club!