65 Years Later, HOUSE OF WAX is Still Worth the Price of Admission

Sixty-five years ago, Warner Bros Studios released horror classic, House of Wax. A remake of Mystery of the Wax Museum, House of Wax was a big box office hit in 1953. Today, critics widely regard it as one of the best horror films from the 1950’s. On Rotten Tomatoes, the horror classic holds an impressive 95% ‘Fresh’ rating with 39 reviews. At the time of its release, House of Wax represented both a technological advancement and a slight narrative shift for the horror genre. It also launched the career of horror film legend, Vincent Price.

The Fine Line Between Genius and Madness

House of Wax tells the tragic story of Professor Henry Jarrod. A wax sculptor, Jarrod re-creates some of history’s most famous figures with passionate detail. When Jarrod refuses to give in to public demands for more shocking and lurid exhibits, his business partner sets the museum ablaze. Presumed dead, Professor Jarrod re-surfaces, confined to a wheelchair, and with a new wax museum. Not all is what it seems with Jarrod’s new exhibits. Some of the wax figures look a little too life-life. With people disappearing and a shadowy, horribly scarred figure stalking the streets at night, suspicions turn to Professor Jarrod.

A Bridge Between the Gothic Monster and Human Monster of Horror Directed by Andre de Toth, House of Wax marked an interesting transition in the horror genre. By the late 1940s, Universal Studios and their Gothic monsters had given way atomic monsters and alien invaders. Alfred Hitchcock’s Psycho and Michael Powell’s Peeping Tom were still several years away. de Toth incorporated many of the Gothic elements from the Universal Monsters’ films into House of Wax. The director makes maximum use of the film’s 1890’s New York City architecture and setting. In one of the film’s more impressive scenes, Price’s deformed Professor Jarrod stalks Carolyn Jone’s Cathy Gray through shadowy and twisty roads. The scene remains both visually stunning and effectively eerie.

In addition, Price’s Professor Jarrod is a sympathetic monster. Like the best Universal Monster, Professor Jarrod has a tragic arc from naive artist to depraved madman. The film’s climatic reveal immediately calls to mind Universal Studios’ Phantom of the Opera. Although de Toth telegraphs his reveal of Professor Jarrod’s disfigured face earlier in the film, it still proves to be a shocking moment. However, House of Wax also anticipated the shift the horror genre would take just several years down the road. The idea of a horribly scarred sculptor using real bodies to create his wax figures arguably set the groundwork for the human monsters that would eventually dominate the horror genre.

Innovative For Its Time Period

With its release in 1953, House of Wax was the first Hollywood colour film to use 3-D technology. While 3-D technology is widely used today, the film-making technology went in and out of style in the 1950’s and 1980’s. Any one familiar with the 3-D in Friday the 13th Part III knows the technology was far from perfected. Despite being blind in one eye, director de Toth makes surprisingly effective use of the 3-D technique. The 3-D adds some fun to the film as well as depth to the viewing experience. A street performer using a paddle ball that jumps out from the screen illustrates how 3-D can and should be used. Perhaps the best example of de Toth’s incorporation of 3-D is scene where the killer’s shadow emerges and seems to run out of the screen at the audience.

Vincent Price, The Birth of a Horror Icon

Yet prior to the release of House of Wax, Vincent Price was languishing in small, forgettable character roles. In spite of early success with supporting roles in film noir classics like Laura, Price’s career had stalled by the 1950’s. House of Wax was the first big box office success for Price in a starring role. More importantly, House of Wax marked Price’s first step into the horror genre. The transition would prove hugely lucrative for Price’s career. Following the success of Wax, Price would go on to collaborate with the likes of directors and producers like William Castle and Roger Corman.

From The House on Haunted Hill to The Abominable Dr. Phibes, Vincent Price enjoyed a long career in horror films. Some fans may even remember Price from his role on the obscure CHCH children’ program, The Hilarious House of Frightenstein.

A Classic Worth Re-Visiting

Modern audiences may find House of Wax slow and its violence tame. It’s certainly a product of its time. But it remains an atmospheric and creepy triumph for its time period. For horror fans today, House of Wax is the perfect midnight movie for a rainy evening – a pure popcorn horror flick. 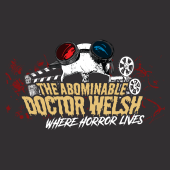