Trailers are how most of us come to know of upcoming horror flicks. Reading a review is fine and all but if you want the real meat, the juicy details, the freaky-frightening-fantastic dread and despair — you need to watch a trailer. That’s a hard thing for some people to do that want to remain spoiler free and avoid the hype train all together. Especially for films remakes and blockbusters (*cough-cough* IT Chapter 1). I totally get wanting to avoid trailers all together, but these little snippets have influence. They help you decide what movies you will see and which ones you don’t want to waste your time on. Trailers are powerful…but they can also be extremely unreliable.

Though I love trailers, many are either completely unlike the move they are advertising or they surpass their movie in every single way possible. Below are 7 trailers that don’t match the movie. Some good, some not so good, but all are perfect examples of why you can’t judge a movie on its trailer alone.

Let me just get this one out of the way now because, as a J-Horror fan, I know this is probably the weakest of the series. I have seen every Japanese and American rendition of The Ring, and I have read every book, so I have a pretty good grasp on the plot and what could have been. The trailer would lead you to believe Rings would be an awesome resurgence of Samara and her VHS tape-of-death. A grayish-blue well appears on the screen in the first 5 seconds and I already know I have to watch it. Tie that in with other images from the tape (the tape had bonus scenes?) a few new ways for Samara to make her presence known, and audiences were hooked.

Unfortunately, Rings fell a little flat. Unlike the Japanese series, the Americanized remakes go deeper and deeper into Samara’s backstory. That’s great, so long as we don’t keep treading the same ground. This is clearly a case of master editing where the best parts were taken to draw in as many people as possible. But hey, at least we got that gnarly plane scene!

Anthologies are a hot commodity right now, and just so happen to be one of my favorite sub-genres. 2013’s All Hallow’s Eve follows A babysitter and her two wards who find a mysterious VHS tape in one of the trick-or-treat bags. The tape features 3 short films that grow increasingly more disturbing. Oh, and there’s a clown whose eyes see you through the screen. *shivers*

All Hallow’s Eve is not a poorly made film, but the trailer doesn’t reflect the movie very well at all. Sadly, The trailer feels cheap, with transitions that would have you believe it was put together on simple movie-making software. In reality, the stories are both exciting and terrifying with gore and effects on par with bigger budget films. Art the Clown would even go on to star in his own feature The Terrifier, and is now one of my favorite horror icons for his over-the-top performance. Let this be a lesson on not skipping out on lesser known films.

I’d like to think of The Village’s trailer as one of the first “Elevated Horror” trailers. Beautifully shot and narrated, we listen to stories of ancient creatures that threaten a 19th century town. As this was released during M. Night Shyamalan’s heyday, we all knew this would be a doozy of a movie. And a doozy it sure was!

The general consensus is that this trailer led to us think we would be seeing a monster movie when really it’s more of a period romance (with a twist, of course). I am still a fan, but I do see others’ points that this trailer was a bit misleading. You could chalk it up to Shyamalan continuing that twist through all aspects of the movie, including the trailer. In the end, jump-scares and blood were replaced with social commentary and tears. Not exactly something audiences were expecting to see.

I have seen a ton of horror movies so I’m pretty desensitized to scares nowadays. Sinister is one of the few recent movies that actually gave me nightmares. Everything about Sinister, from the eerie score to the graphic, almost real-looking found footage portions, still gives me chills.

Which is funny because the trailer is kind of basic — and “basic” as in Ugg boots and a Pumpkin Spice Latte, basic. You get your loud screams and the climax of a few of the snuff reels with a brief synopsis of the plot. There’s nothing really extraordinary or eye-catching about it. Obviously it was enough for me to go out and see it in theaters, but compared to the movie itself Sinister’s trailer can be a bit forgettable.

Paranormal Activity changed the trailer game for me. The first movie I can think of showing audience reactions for more than 50% of the trailer was Paranormal Activity. After seeing actual audience members cowering in their seats, I thought, “This is a real couple experiencing a real haunting,” and “Wow, if these people are scared, I will be too!”

Seeing the audience shriek time and time again reinforces the idea that this movie is scary, just like audience prompt cards at a talk show. The problem with Paranormal Activity‘s trailer isn’t that it’s misleading or poorly done, it’s that seeing others scared over and over sets a precedent for that movie and all the others in the series. If I don’t find Paranormal Activity scary, then the trailer is misleading. This trailer is on the same slippery slope as other movies claiming to be the “scariest of all time“.

Which brings up another issue. Do we even know what this movie is about? There’s a thin line between showing too little and showing too much. Unfortunately, Paranormal Activity shows too little. When all I see is the audience, I’m more interested in their faces than demon footprints or a door slamming on its own.

This movie is my jam and I’m stoked for the sequel! If you are unfamiliar, Hell House LLC puts most other found footage flicks to shame with its authenticity. The footage from the fatal opening night gave me the same sick feeling as a real emergency video. The house seemingly coming to life as the crew grows more stressed about their livelihoods made me check behind my back to make sure I was alone. I felt the adrenaline pumping through my veins throughout the movie.

You don’t get that so much with the trailer though. We miss the sense of urgency as people escape the house. We get staticy digital camera disruptions that I am not too fond of. It’s a run of the mill haunted house movie. If this were a promo for a real-life haunt, would you go? Perhaps. Would you watch the movie after seeing this trailer? Eh, maybe.

It’s The Village all over again! Open to a man tied to a tree and another in a gas mask. No one knows what’s going on out there, in the cities and towns. All we know is to keep the red door locked at all times because whatever is coming, it comes at night.

Do we ever find out what comes at night? Some say yes, and some say no. As with The Village, we are prepped for some kind of monster or disease or alien when we really get a family just trying to survive. The title’s “It” makes us think we’ll see a physical being antagonize the group of survivors. “Fear Turns Men Into Monsters” flashes across the screen, making the monster assumption stronger (and incorrect, considering the characters say multiple times that someone is sick or that there’s a disease). That doesn’t mean the movie wasn’t good. in fact, it holds an 88% rating on Rotten Tomatoes and a 3.4/5 on Letterboxd. In my eyes, both the film and the trailer are examples of great story telling. It’s just too bad they turned out be two different stories.

Regardless, It Comes At Night is a beautiful sight to see, as are Rings and The Village. It’s a shame when movies and trailers don’t match up, but as we live and learn — and hire amazing editors — we still end up on top with either an incredible trailer (and a so-so movie), a so-so trailer (and superb movie). If we’re lucky enough, we are occasionally spoiled with both.

What was the first trailer that completely mislead your expectations of a movie? Have you ever been surprised by an incredible movie that had an incredibly bad trailer? Let us know in the comments below, over on Twitter, or in our Horror Group on Facebook! 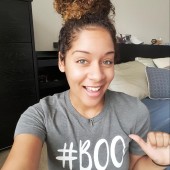 Geoscientist by trade, "HalloGeek" by everything else! My life revolves around anything spooky and anything science. I celebrate Halloween 365 days a year!