Can’t See the Forest from the Screams: 5 Slashers with Folk Horror Elements 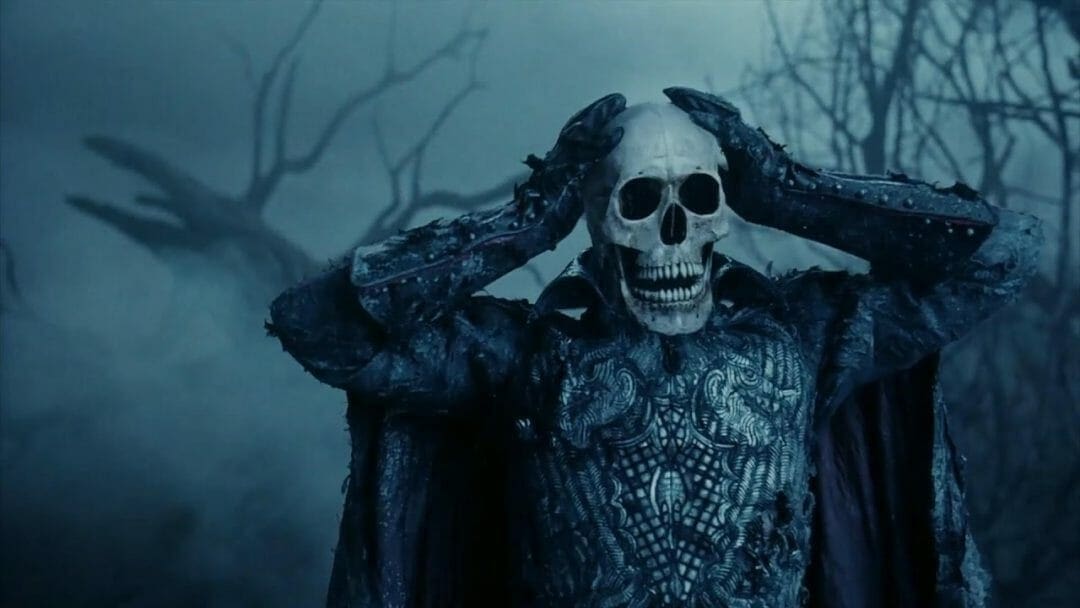 The definition of Folk Horror can be a little hard to nail down, it’s possible that it may not have an exact definition per se, more of vague, nebulous set of elements that happen to fall into place naturally. Combining themes of paganism, the occult and folklore the resulting horror is something a little less “in your face” and much more subliminal. A subtlety that is far more terrifying than your typical gore-fest.

That’s not to say you can’t have a little bit of both however. There are some examples of your more traditional horror films, slasher films specifically, that have weaved in elements of folk horror to add a layer of depth to their blood-splattered rampaging killer. Here’s 5 slasher’s that have a bit of a folk horror influence. Michael Myers and the Halloween franchise started back in 1978 – and for the next five films, nothing would have led anyone to believe that Michael was anything other than just your run-of-the-mill, friendly neighborhood slasher.

In the sixth installment, Halloween: The Curse of Michael Myers (1995), the producers decided to play a little more with the supernatural element and inject some Druid mythology into the legend of Michael Myers. A curse, referred to as Thorn, is responsible for Michael’s murderous killing sprees over the decades. The Thorn legend states that long ago, a child from each tribe or family was chosen to bear the curse and must sacrifice their next of kin on Halloween night. Surrounding all this is the Cult of Thorn, a group of pagan obsessed individuals who have been manipulating the curse and Myers almost since the very beginning.

Michael’s druid curse didn’t last past this film, the following movies ignored it and eventually the franchise got the reboot or redux treatment. It as an interesting concept that could have been the start of something different but alas…we’ll never know. Local folklore plays a role in explaining the hideous demon Pumpkinhead. This demon of vengeance is summoned by a backwoods witch who offers her “help” to distraught individuals looking for revenge.

The corpse of Pumpkinhead resides in a cemetery and when resurrected via a blood contract disposes of the enemies of the ones who brought him forth. Legend tells that he avenges people who have been wronged and once set down that path cannot be stopped. Getting in his way only makes you another target. This pact also psychically connects avenger and avenged and the creatures physical appearance begins to change, as if Pumpkinhead is nothing more than the physical manifestation of revenge. The only way for him to die is if the summoner dies and even then their corpse becomes the next Pumpkinhead, just waiting for blood and the cycle to continue.

The backwoods of America are filled with strange stories and legends from across the centuries, and even though the Pumpkinhead legend is not pulled from American folklore, or any for that matter, it doesn’t seem any stranger than stories that do exist. In fact, there is actually an old Portuguese myth of the Coco, which is described as a ghost with a….you guessed it…a pumpkin head. Adapted from the Clive Barker short story of the same name – Rawhead Rex – the movie centers around an ancient Pagan god thirsty for blood.

While admittedly not the best film, even Clive Barker disowned it, the Irish countryside setting, mystic stone structures and an ancient evil have all the trappings of folk horror. It is a good example though of taking what could easily have just been another “creature feature” and adding some depth to it. Giving it some an air of mystery and old-world evil. At least, that was the attempt.

Rawhead is a sight to behold though. Huge and brutal, capable of an ungodly amount of violence and the mystical origins surrounding him that are never fully explained give him not only an eerie, ominous mythology but also gets him a spot on the list. The “slasher” in the film The Guardian is taken right out of Greek folklore and mythology in the form of a Hamadryad.

The nanny in the movie, Diana/Camilla, has been making her way in and out of various families lives, abducting their children, sacrificing them to a giant tree and disappearing. In the end it’s revealed that she and the tree are essentially one and the same. Druids once worshipped trees and the lore states that they would sometimes offer up human sacrifices to them. As for the Hamadryad, they are known to be bonded to a specific tree but some believed they were the tree themselves. And that’s the route they took with this film.

Dryads and the Greek gods were known to punish mortals who cut down trees so let that be a lesson to you next time you’re out in the woods.

The Legend of Sleepy Hollow has fascinated and scared the bejeesus out of children and adults alike since the original short story came out 200 years ago! In 1999, Tim Burton (Nightmare Before Christmas, Beetlejuice) turned this classic tale into a major motion picture with boatloads of blood and more severed heads than you could shake a stick at. All centering around a truly fearsome character; The Horseman.

In the film, the Headless Horseman is the spirit of a Hessian mercenary from the Revolutionary war who fought with the British against the American upstarts until his death. Years later, his headless body would be reanimated by Lady Van Tassel, who gave her soul to Satan, as long as he raised the Horseman and killed all who had wronged her. By keeping his skull hidden from him, she was able to control him for a time and send him out to do her bidding. The film deals with many of elements of folk horror; religion, skepticism, witchcraft and pacts with the devil. You’d have to go pretty far to meet someone who hasn’t heard of the Headless Horseman or of Sleepy Hollow. It is ingrained in popular culture and just the mention of Upstate New York calls to mind this 18th century tale complete with its ghostly enforcer.

The legend is embedded in our psyche, and although most likely not true, the Horseman still rides in our collective consciousness.

So there you have it. Got a thing for folk slashers? Or do you prefer them separate? Let us know on Twitter, Instagram and over at the Horror Fiends of Nightmare on Film Street Facebook group!