We Got Movie Sign! Celebrating The Anniversary of MYSTERY SCIENCE THEATER 3000

It seems like only yesterday that Dr. Forrester and TV’s Frank captured Joel Robinson in their perverted experiment to find the worst movie ever made. Unbelievably, Mystery Science Theater 3000, the king of riffing, premiered November 24th, 1988. The show had its humble start on local station KTMA in Minneapolis, Minnesota. Few could have foreseen the massive hit it would become, or the legions of comedians it would inspire. But that’s getting ahead of the story.

“It’s Just A Show, I Should Really Just Relax”

First airing on Thanksgiving Day 1988, Mystery Science Theater 3000 was borne out of creator Joel Hodgson’s “healthy disrespect” for the entertainment industry. Hodgson was an up-and-coming performer living in Los Angeles at the time. He was making several late night appearances, as well as being offered sitcom opportunities. However, Hodgson found most of what he read unfunny and decided to move home to Minneapolis-St. Paul. Working in a t-shirt printing factory, Hodgson had lots of time to conceive of original ideas. Taking inspiration and character names from everything ranging from Elton John albums to old science fiction movies, the foundations of what would become Mystery Science Theater 3000 began to take shape.

Going to KTMA production manager Jim Mallon with his ideas, Hodgson secured the chance to produce a thirteen-episode season. The original set and robots were built in a single night, and the scripts were more of an outline than the tightly timed episodes of franchise future. Regardless, the show found its fans quickly, and despite the local station’s closing, MST3K would live on. Moving to the then-new Comedy Central (originally called the Comedy Channel), Joel, Crow, and Tom Servo embarked on an impressive four year run, becoming the channel’s signature show in the process.

Joel eventually escaped, making Mike Nelson the new test subject and show host for the remainder of a solid eleven years, even surviving a move to the Sci-Fi Channel. And in the Netflix revival released this year, Jonah Heston (The Nerdist‘s Jonah Ray) became the most recent poor schlub forced to watch all these mind-numbingly bad movies. Crow and Tom Servo remain aboard the Satellite of Love to offer wisecracks of their own forever, it seems. Constants and variables.

Mystery Science Theater 3000 has undergone several cast changes and behind-the-scenes beefs over the years. Still, the commitment displayed by fans, comedians, and entertainers the world over has kept the brand alive. All told, the original series ran for eleven years and over 200 episodes across three different television channels. There was a theatrically released feature film with Mike and the bots, and Netflix is bestowing a Thanksgiving treat on us all by recently announcing confirmation of a Season 2 (Season 13?) for their revival starring Ray, Felicia Day, and Patton Oswalt!

If you’re a fan of Joel, Mike, Jonah, and the bots, things have never been better. And if you’re not sure what all this nonsense is about, there’s no better time to jump in. Happy 29th birthday, Mystery Science Theater 3000. We can’t imagine the comedy landscape without you. 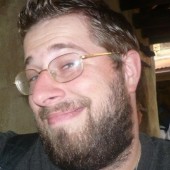 Mike "Rabbi" Sandal is a monster kid who never grew up. A fount of useless knowledge, a great radio voice, and owner and operator of the Haunted Drive-in, a social media celebration of horror and nostalgia.