[Defining Mumblegore] Building Fear and Disgust in THE POUGHKEEPSIE TAPES “[…] a horrifying example of the found footage genre, the fear it can create, and how a limited budget can still deliver something that packs a punch.”

For years, I have been haunted by a movie. Well, more specifically its trailer. As a young horror fan in the 00s, I trolled the Internet for whatever weird horror movies I could find. I would build long lists of weird, disturbing movies that I would place in my mom’s Netflix DVD queue. She didn’t love it, but I sure did. During my never-ending quest, I came across a trailer for the found-footage horror film, The Poughkeepsie Tapes.

There is a moment in the film, that’s shown as part of the trailer, where a woman with her mouth taped shut is in closeup. She’s crying and screaming through the tape when something appears in the corner. It’s a person, walking on all fours, wearing a mask on the top of his head. Reading that sounds comical and ridiculous; what could be so scary about a weirdo in a mask? The answer is: everything. From the grainy quality of the footage to the uncanny and almost languid quality of the person’s movement, everything about that clip was so unnerving and terrifying to me as a teenager. That sequence haunted me for weeks and is still one of the scariest things I’ve ever seen. I didn’t even see the full film until recently; I was terrified of watching the whole movie and what unspeakable things awaited me. This alone speaks to the power of The Poughkeepsie Tapes, its aesthetic, and its low budget approach to creating fear.

The Poughkeepsie Tapes, directed by John Erick Dowdle (Quarantine, As Above So Below), is a mockumentary about a deranged serial killer who leaves behind a massive series of videotapes. These tapes document the stalking, torture, killing, and dismembering of his victims in a variety of disturbing ways. Intercut with the footage are interviews with FBI agents who describe how this killer is perhaps the most perfect killer. He knows exactly how to evade capture and how to confuse law enforcement. In fact, his methods are so sound that he is never caught. He leaves these tapes to be purposefully found.

Despite the terror that the trailer instilled in my heart, and in countless others, The Poughkeepsie Tapes was stuck in release hell for almost a decade, which is representative of the indie horror film experience. It first premiered in 2007 at the Tribeca Film Festival. It was then slated for a 2008 release through Metro-Goldwyn but was suddenly removed from their schedule. Then, for years, the film was almost like a myth, a specter of fear that floated in the psyches of horror fans. Questions were posed about the mysterious movie and if it was really too disturbing to show in theaters. Finally, in 2014, The Poughkeepsie Tapes got a limited VOD release, which meant it could be more easily distributed online. Its traipse through release hell ends in 2017 when it received a DVD and Blu-ray release from Scream Factory. But through its limited releases, The Poughkeepsie Tapes has remained a horrifying example of the found footage genre, the fear it can create, and how a limited budget can still deliver something that packs a punch.

“In a world of true crime obsession, where cases are analyzed continuously and murderers are treated as celebrities, The Poughkeepsie Tapes is a harrowing foil.”

Found footage is perfect for Mumblegore because, as I’ve discussed in previous iterations of this column, it requires less effort in hiding the artifice of the camera. That low budget aesthetic makes the footage feel all the more authentic, and by extension, all the more terrifying. Such is the case in The Poughkeepsie Tapes as the viewer is often asked to embody the perspective of the killer as they watch his tapes. They must watch through his eyes as he kills a little girl, as he stalks his victims, as he hides in people’s homes before murdering them. It offers a sick insight into the mind of this fictional killer, a closeness that at times feels unbearable. But within this discomfort, there is a beauty in the creativity and cruelty of the film. Nothing is censored or toned down to make it palatable. Rather, Dowdle puts the viewer as close to the killings as possible.

The cat-man-crawling scene is just one example of that closeness. The camera is static as we at first just watch the woman’s face. Then we must watch as the killer crawls ever closer, never rushing for audience relief or satisfaction; he takes his sweet time. Then, as he shoves strange needles into her jugular, we must watch the entire process. There are no quick cutaways to avoid watching her suffering. We must watch her choke on blood as it pools beneath the tape and listen as she gasps her last breath. While I know this is a fictional movie, that closeness to death makes it feel real, like we are somehow implicated in her death. It is a movie that got me thinking almost too hard about my role as a spectator and what it means to view violence. 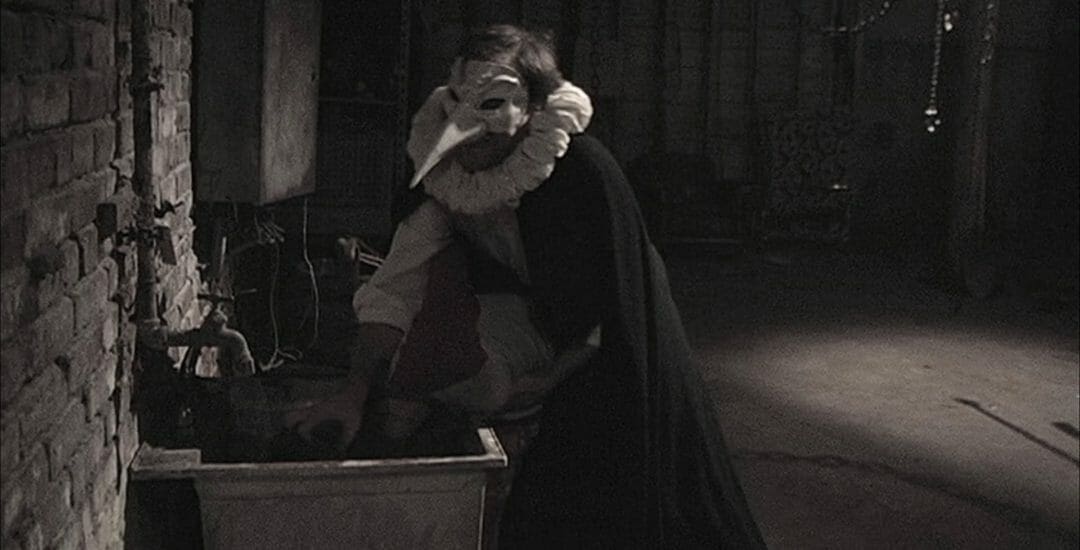 The Poughkeepsie Tapes lived up to my teenage expectations and even surpassed them with its unflinching portrayals of torture through a first-person camera. It shines a light on the reality of serial killers and what their victims go through at their hands. In a world of true crime obsession, where cases are analyzed continuously and murderers are treated as celebrities, The Poughkeepsie Tapes is a harrowing foil. Why would we want to idolize those who commit such atrocities? The film seems to hold up a mirror to the viewer and ask, “why would you want to watch a snuff film?” I asked myself that same question and I still don’t have an answer.

The Poughkeepsie Tapes is available on Tubi and through Scream Factory. Have you seen it? What did you think? Were you are freaked out as me? Let us know on Twitter, Instagram, Reddit, and in the Horror Fiends of Nightmare on Film Street Facebook group!