A gripping paranormal action-thriller-giallo from the director of the cult classic video nasty Island of Death (1976)!

“When local gigolo Chess (Chris Nomikos) greets his vacationing friend Bob Kovalski (Peter Winter) at Athens airport, the pair embark on a string of scams and erotic dalliances that eventually lead them into contact with an elegant wealthy woman, Geraldine Steinwetz (Jessica Dublin), and her glamorous daughter Christine (Maria Aliferi). Geraldine blackmails the two cheeky bachelor boys into acting as bodyguards for Christine, whom it transpires has telepathic abilities and has had her eye on them for some time. After fleeing from a series of assassination attempts, it soon becomes clear that Geraldine herself might not be quite whom she seems, as the two young men find themselves caught up in a political conspiracy of international dimensions.” — Arrow Video 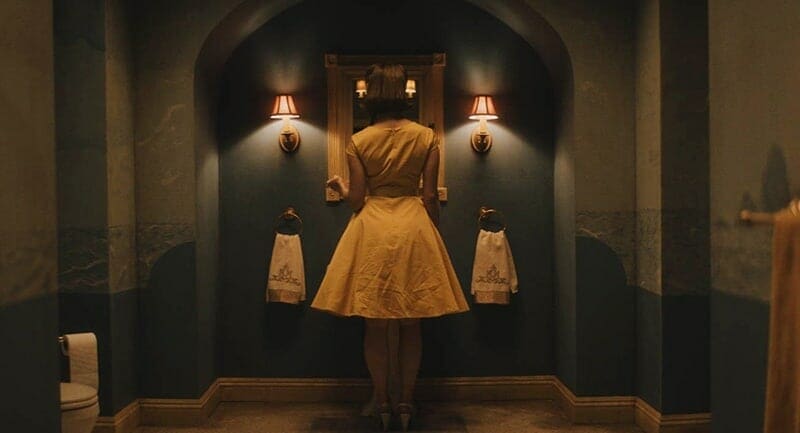 Set in the phantasmagorical town of Raven’s End, nothing is as it seems…

“In The Mortuary Collection, a misguided young girl (Caitlin Custer) takes refuge in a decrepit old mortuary. There she meets Montgomery Dark (Clancy Brown), an eccentric undertaker with more than a few skeletons in his closet. Montgomery chronicles the strange history of the town through a series of twisted tales, each more terrifying than the last, but the young girl’s world is unhinged when she discovers that the final story… is her own.” — RLJE Films

“Lace (Robbie Lee), leader of the inner-city girl gang The Dagger Debs, meets her match when new girl Maggie (Joanne Nail) moves into the neighborhood. Mistrust and conflict turn to friendship as the girls end up in Juvenile Detention together at the mercy of abusive guards. Meanwhile, The Dagger Debs’ male counterparts The Silver Daggers have to contend with the arrival of a new gang, led by the villainous Crabs (Chase Newhart). But when the girls get back on the streets, a planned retaliation strike in tandem with The Silver Daggers backfires and puts Lace in hospital. Maggie assumes control, teaming up with Muff (Marlene Clark) and her gang of African-American militants from across town to declare all-out war. But there’s a traitor in their midst…” — Arrow Video

I want you to watch the movie screen. There’s something I want to show you.

“Fifteen years before Stranger Things combined science-fiction, Spielbergian touches, and ’80s nostalgia to much acclaim, Richard Kelly set the template – and the high-water mark – with his debut feature, Donnie Darko. Initially beset with distribution problems, it would slowly find its audience and emerge as arguably the first cult classic of the new millennium.

Donnie is a troubled high school student: in therapy, prone to sleepwalking, and in possession of an imaginary friend, a six-foot rabbit named Frank, who tells him the world is going to end in 28 days, 06 hours, 42 minutes, and 12 seconds. During that time he will navigate teenage life, narrowly avoid death in the form of a falling jet engine, follow Frank’s maladjusted instructions, and try to maintain the space-time continuum.” — Arrow Video “Iris Norwood has just suffered a horrible car accident. While recovering in her large and secluded bed and breakfast, she starts to believe that someone – or something – is watching her. As the sinister presence grows increasingly apparent, she engages the help of a famed cynical paranormal psychologist, David Shaw, who is grappling with the recent death of his wife. Initially skeptical of Iris’ claims, it’s not long before David comes face to face with a shocking evil that is more menacing than anything he has encountered.” – Vinegar Syndrome

“The Cashen family has just relocated from the city to a farmhouse in the middle of nowhere in Texas. Upon arrival at their new home, Willy, their young son, explores the area, befriending a Native American shaman who warns him of the powerful forces and apparent curse on their land. Meanwhile, at home, Willy senses that there’s something unusual about the cellar of their home; specifically that something strange might be living down there… and unfortunately for the Cashens, it’s very hungry.” – Vinegar Syndrome

Vinegar Syndrome presents The Cellar newly restored in 2K and on Blu-ray for the first time, offered in both its commonly seen theatrical cut as well as its never before seen, and vastly superior, original director’s cut.

“Throughout the 1980s and 90s, independent and first-time filmmakers across the United States saw new opportunities to create work in the horror genre. Often integrating the flavor and color of their inner-America locales into their work, they created films that, while inspired by mainstream trends, are about as far from Hollywood as one can get. Collected here are three diverse films, all produced in the late 1980s, providing a fascinating and entertaining glimpse into the forgotten world of Home Grown Horror.” – Vinegar Syndrome

“Lately, Ben hasn’t been sleeping well. His dreams are filled with violent and terrifying visions of monsters and death. Seeking out answers, he begins to pursue the subtext and hidden meanings of his strange and terrifying nightmares, with the help of his professor and several friends. As the dreams grow increasingly lifelike, Ben fears that he’s losing his grip on sanity, especially as those around him start turning up dead; horribly mutilated just like he’s seen in his sleep…”

“Weird things are happening in and around the Wild Goose Lodge, a snowy inn located in rural Massachusetts. People are being found dead and mutilated, while others are vanishing without a trace. Realizing that the violence might have something to do with Native American black magic and the ancient secrets of the area’s historic totem poles, a trio of cops decide to investigate the goings-on, and are faced with an array of monsters, ghouls, and even a sampling of murderous locals!”

“A group of college students has been given a very unusual assignment: spend the night inside of a supposedly haunted house, as part of their studies into the supernatural and occult. Although the ragtag team of collegiates would much rather party and get stoned than look for ghosts, it’s not long before unexplained events begin to occur. Initially suspecting that some of their classmates might be playing a practical joke, their fears are proven very real when someone – or something – dressed in robes and carrying a scythe starts bumping them off one by one.”

For a full breakdown of this set, as well as the special features included, please visit Vinegar Syndrome.

“Artie Logan has a history of getting himself in trouble. He’s been kicked out of every school he’s attended and is no friend to the law, which makes matters extra complicated for his wealthy father, who happens to be a judge. Given one last chance, Artie is shipped off to Fairfield College. But when his new fling, and senator’s daughter, Tally, is burned to death by an unknown assailant, suspicion immediately falls on Artie. Adamant of his innocence, he’s granted a 24 hour period in which to unmask the actual culprit. As his hours of freedom dwindle, the killer strikes again and again…” – Vinegar Syndrome

“The Devil’s Advocates—an outlaw gang of Harley-riding hellions led by Adam (Stephen Oliver, The Naked Zoo, Motorpsycho!) and his old lady Helen (Donna Anders, Count Yorga, Vampire)—troll the dusty highways of the American Southwest in search of the next great kick, whether it be sex, drugs, or violence. After dispatching a pair of rednecks unfriendly to their lifestyle, the Advocates run roughshod over a gas station before taking to the road again, where they encounter a cloistered sect of Satanic Monks led by high priest One (Severn Darden, Battle for the Planet of the Apes). A mass-drugging, a ritual sacrifice, a topless snake-dance, and a scene-clearing fistfight ensue but it’s too late; the spell has been cast, and the two shall become… Werewolves on Wheels!” — Kino Lorber / Code Red

“In a career that forever raised the bar for everything from hookers, cannibals, and necrophiles to Ator, Emanuelle, and Caligula, this long-unseen chum bucket from producer/director/EuroSleaze master Joe D’Amato may be his most bizarrely entertaining anomaly ever. Shot on location in Florida surf and Rome swimming pools, D’Amato combines ‘80s teen movie cliches and Native American mysticism with stupefying dialogue, over-the-top performances, and shark footage that Bruno Mattei would later swipe for Cruel Jaws to create what Oh, The Horror! calls “a weird, demented experience that begs to be discovered and embraced.” A cast of local unknowns – along with, inexplicably, the ‘60s comedy team of Charlie Brill & Mitzi McCall – star in this last word in Italian Sharksploitation, now scanned in 2K from the original negative for the first time ever.” — Severin Films

That’s it for this edition of Demented Discs! Join us next time for a rundown of May’s macabre releases. Be sure to let us know what releases you’re most excited for and what physical media you’re taking home this month over to Twitter, Reddit, or in the Horror Movie Fiend Club on Facebook, and get more horror delivered straight to your inbox by joining the Neighbourhood Watch Newsletter. 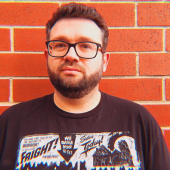