[Devils in The Details] With Deepest Malice: Satanic Ritual Sacrifice in JENNIFER’S BODY

Karyn Kusama’s teen possession horror Jennifer’s Body has found new life in recent years, finding its niche among horror lovers who, through improper marketing, may not have given the film a proper chance on release. In fact, we have several articles here on NOFS arguing on the side of the film and with good reason. Writer Diablo Cody’s quick wit, superbly committed acting from the cast, as well as a killer soundtrack make for the perfect teen film. Throw in a Satanic human sacrifice gone wrong resulting in succubus serial slayings and you’ve got yourself some top-notch horror. The film has been discussed and the arguments have been made, so instead, I will focus on the technicality of the Satanic themes (it is Devils in the Details right?)

“…sacrifice in the name of Satan specifically is not actually practiced or endorsed by proper Satanists.”

In particular, we’ll be focusing on the Satanic ritual scene in which Jennifer’s body is sacrificed to Satan. In case you are not familiar with the film, here’s a quick recap: Childhood best friends Needy (Amanda Seyfried) and Jennifer (Megan Fox) have grown apart with the latter being a popular cheerleader and the former focusing on her new boyfriend. The two attend a concert for an indie band who subsequently lure Jennifer into their grungy van and into the forest where they murder her as a virgin sacrifice to Satan in exchange for their indie band’s success (good luck with that!). The catch? Jennifer is not actually a virgin, not even a “backdoor virgin” according to Needy, leading to her possession and subsequent transformation into a succubus although that’s not explicitly stated in the film.

During this scene, the band members place Jennifer on a makeshift stone alter at a local landmark known as the Devil’s Kettle after which the town is named. It’s not immediately clear why they chose this location, but seeing as it is essentially an endless sinkhole, it’s quite the body disposal system. Plus, the place is literally named after the Devil, so you just know these posers thought that would add to their dimwitted ritual somehow. In any case, as Jennifer pleads for her life through sobs, the frontman takes out a scrap of paper and reads off their super original magic words which are as follows: “We come here tonight to sacrifice the body of -INSERT BLANK- from -INSERT LOCATION-. With the deepest malice, we deliver this virgin unto thee.”

Of course these words are interrupted by several jokes and a pretty meta monologue about the indie music industry. After a spontaneous rendition of 867-5309/Jenny, the crew brandish a Bowie knife and stab poor Jennifer to death. In any case, the words themselves seem straight off an AngelFire site from the early 2000s, and searching through my admittedly limited library of magical tomes, I wasn’t able to find these exact words. Frontman, Nikolai Wolf (eye-roll, I know) does give us another clue as to where he may have found them, however. At one point during the ritual, he mentions that they are, “… in league with the Beast now” obviously referring to the big boy down under himself. But, there is another who took on that moniker, and it just so happens that he specialized in magic ritual, Aleister Crowley.

Aleister Crowley is a deeply complicated individual with an immense history that is too vast to discuss in this article. Most important to our topic is his contribution to the world of ritual magic in the form of the Lesser and Greater Keys of Solomon, the King. These tomes outline the rules for magic ritual as well as a breakdown of the hierarchical structure of hell with full descriptions of its damned nobility. Of particular interest is his and colleague MacGreggor Mathers’ treatise of the Greater Key which contains a chapter on selecting the proper sacrifice. Chapter XXII: Concerning Sacrifices to the Spirits, and How They Should be Made includes this passage: Those who sacrifice animals, of whatsoever kind they be, should select those which are virgin, as being more agreeable to the Spirits, and rendering them more obedient. When blood is to be sacrificed, it should be drawn also from virgin quadrupeds or birds, but before offering the oblation say- “May this Sacrifice which we find it proper to offer unto ye, noble and lofty Beings, be agreeable and pleasing unto your desires; be ye ready to obey us, and ye shall receive greater ones.

It’s easy to see how the aloof, half-assed ritual that the band performs could have been a bastardization of this passage and likely others in this Key as also outlined are proper ritual daggers and attire, neither of which are adhered to properly. So they screwed up the ritual, what happens now? Shouldn’t the ritual just not work? Well, it depends on who you ask. Crowley was of the belief that improper ritual still released energies into the atmosphere that could be used by Sprits that the magician failed to control. This could certainly explain Jennifer’s subsequent possession and can be summed up with Needy’s obligatory research montage in which she encounters “demonic transference.”

The thing is, that’s all great horror, but sacrifice in the name of Satan specifically is not actually practiced or endorsed by proper Satanists. While it’s true that Satanism is an individualist religion with practitioners determining their own codices and moral boundaries, its progenitor, or at the very least the one who brought it into the mainstream, condemned the practice. Anton Szandor LaVey, founder of the Church of Satan and arguably the father of modern theistic Satanism, addressed the practice of human sacrifice in his doctrine the Satanic Bible. In fact, an entire chapter titled On the Choice of a Human Sacrifice outlines the Church’s position. Namely, if the purpose of the human sacrifice is to “…throw the energy provided by the blood of the freshly slaughtered victim into the atmosphere…” then the magician should be using their own blood or energy rather than using someone else’s. Further, LaVey explains how the same energy provided by the murder of a sacrifice, human or otherwise, can be produced though other more personal and easy to acquire sources:

This discharge of … energy is the very same phenomenon which occurs during any profound heightening of the emotions, such as sexual orgasm, blind anger, mortal terror, consuming grief, etc. Of these emotions, the easiest entered into of one’s own volition are sexual orgasm and anger, with grief running a close third.

Effectively, this means that any self-respecting Satanist would opt to use orgasm or blind anger as a driving force for their magical rituals instead of the killing of an innocent which would not only be lazy to the Satanist but also less personal.

That being said, it’s clear that the members of Low Shoulder were not true Satanists from the get-go. Their laissez-faire attitude and non-adherence to even their own magical rituals show a lack of study and a lack of commitment. Actually, I feel this makes them all the more fearsome and dangerous as they did not even hold Jennifer’s life in enough regard to put some true effort into their ritual. Truly they are unhinged narcissists with their only concern being their own pseudo-edgy ego and indie success. I’ve covered the Satanic Panic a couple of times in this series, and it is exactly this type of ignorance that propelled a national hysteria that ruined the lives of innocent people. Jennifer is clearly the victim of this film, and although she does murder several teenage boys, the film retains a sense of anger and grief at her loss. Her murderers moved on and found the success they were seeking. It’s fitting, then, that Needy’s own grief and anger propel her own ritual of revenge against these idiots.

“…the members of Low Shoulder were not true Satanists from the get-go […and] they did not even hold Jennifer’s life in enough regard to put some true effort into their ritual.”

What are your thoughts on Jennifer’s body? Did you learn something new about magic ritual? Or maybe there was something I missed! Let us know on Twitter, Instagram, Reddit, and the Horror Fiends of Nightmare on Film Street Facebook Group! 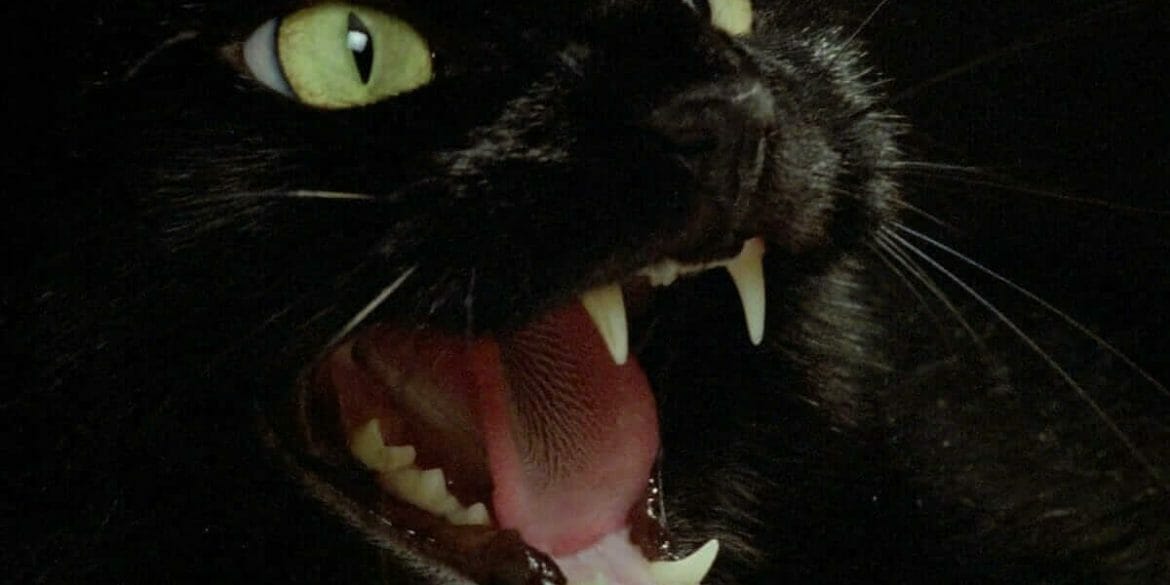