Another year of horror films have come and gone. As we bid adieu to 2018, we look back on all the terrors and frights that graced our cinema screens and streaming platforms. 2018 was a big year for horror, delivering indie stunners like Revenge and Mandy, the revival of the quintessential slasher 40-years later in David Gordon Green’s Halloween, as well as some festival standouts that exploded into theatres through word-of-mouth, like Ari Aster’s Hereditary, and John Krasinski’s A Quiet Place.

I love movies. I love watching movies, talking about movies and (most of all) recommending movies. I go out of my way to spend every waking moment in front of one screen or another because movies are a mirror to a world we are constantly struggling to understand, empathize with, and spy on. Film is our most impressive and relatable art form, and there isn’t a spare moment in my day that I don’t spend watching movies. I may have a problem, but if you also have a uncontrollable need for cinema, I am here for you. This year alone, I have watched films in prestigious theatres spaces, drive-ins, and run-down repertory theatres. I’ve sat through incredible movies in uncomfortable spaces, stood in aisles despite all fire regulations, and covered my laptop in crowded places because dang it! I wasn’t going to let a delayed flight stop me from watching horror movies. I’ve fought my way into tiny rooms, put my feet up on the couch, and buried my face in my phone. I’m not bragging, I’m just trying to say that I am exactly like you, and I am more than happy to help feed your addiction.

Before I begin counting down my top 10 horror films of 2018, here’s a quick rundown on how my list will differ from the others popping up all over the horrorverse. Firstly, I use ‘horror’ loosely. All of the films on my list veer into the genre film spectrum in some way, and I’ve deemed them all fair game. Second, some of these film’s aren’t out yet. This list contains films that premiered at festival’s in 2018, and saw wide release, whether to cinema screens, VOD, or straight to DVD.  This may seem like an annoying decision at first, but think of it as the list that keeps on giving! Some of these titles you can watch right now, some you’ll have to look forward too as they find their way to full release in the new year.

Alright, without further lollygagging – Here are my Top 10 Horror + Genre Films of 2018! 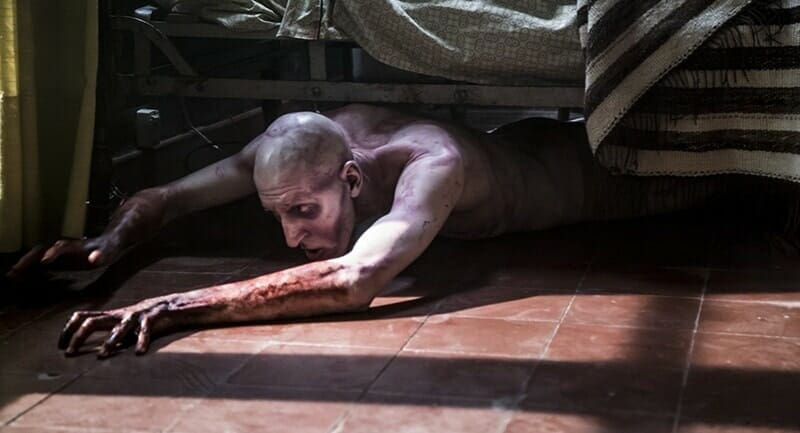 Plot: When strange events occur in a neighborhood in Buenos Aires, a doctor specializing in the paranormal, her colleague, and an ex police officer decide to investigate further.

Plot: A small group of American soldiers find horror behind enemy lines on the eve of D-Day.

Plot: Set in the near-future, technology controls nearly all aspects of life. But when Grey, a self-identified technophobe, has his world turned upside down, his only hope for revenge is an experimental computer chip implant called Stem.

7. Under The Silver Lake 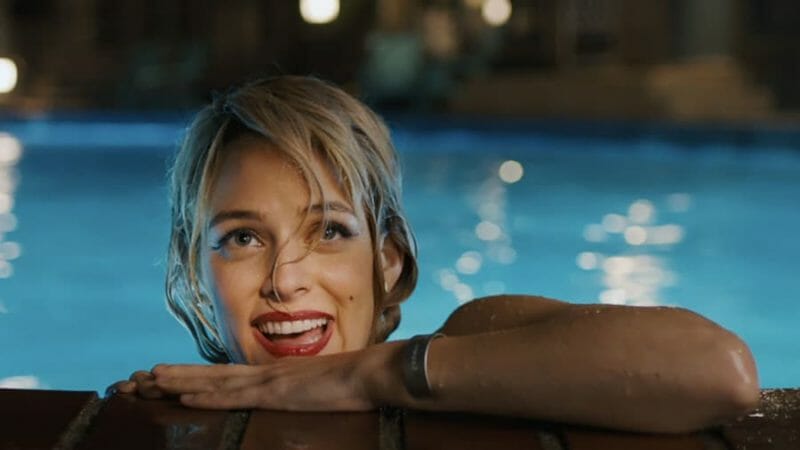 Plot: Sam, intelligent but without purpose, finds a mysterious woman swimming in his apartment’s pool one night. The next morning, she disappears. Sam sets off across LA to find her, and along the way he uncovers a conspiracy far more bizarre.

Plot: Jong-su, a part-time worker, bumps into Hae-mi while delivering, who used to live in the same neighborhood. Hae-mi asks him to look after her cat while she’s on a trip to Africa. When Hae-mi comes back, she introduces Ben, a mysterious guy she met in Africa, to Jong-su. One day, Ben visits Jong-su’s with Hae-mi and confesses his own secret hobby. Plot: The enchanted lives of a couple in a secluded forest are brutally shattered by a nightmarish hippie cult and their demon-biker henchmen, propelling a man into a spiraling, surreal rampage of vengeance.

4. The Standoff At Sparrow Creek

Plot: A former cop-turned-militia man investigates a shooting at a police funeral.

We Can’t Be Stopped: How Hip-Hop and Horror Influenced Each Other

Plot: After the family matriarch passes away, a grieving family is haunted by tragic and disturbing occurrences, and begin to unravel dark secrets.

Plot: Luz, a young cabdriver, drags herself into the brightly lit entrance of a run-down police station. A demonic entity follows her, determined to finally be close to the woman it loves. Plot: Things go badly for a hack director and film crew shooting a low budget zombie movie in an abandoned WWII Japanese facility, when they are attacked by real zombies.

Honorable Mentions to literally every other movie I saw this year, especially Luca Guadagnino’s Suspiria, Owen Egerton’s Blood Fest, Stephen Susco’s Unfriended:Dark Web, and Cory Finely’s Thoroughbreds. This list is always the hardest part of my year. My opinion, and my picks, change on a daily basis and even right now editing this post, I’m shaking my head. I’m sure you are too! But this is just my list. You can read Co-Editor KimmiKillZombies’s Top 10 of 2o18 HERE and of course, you can share our favourites of the year with us on Twitter, Reddit, and in the Horror Movie Fiend Club on Facebook.