You’d be hard-pressed to find a bigger name in the horror community than Joe Bob Briggs. Since his triumphant return last year with the monumental 24-hour marathon on Shudder (you know, the one that literally broke the internet) Joe Bob has been gracing the televisions, iPads, and laptops of drive-in mutants the whole world over. His presence and influence on the community are undeniable and The Last Drive-In has completely changed streaming culture, ushering back in a new age of appointment television that was long considered dead and gone.

While talking with Joe Bob about his upcoming appearance at the 2019 Fantasia Film Festival, we managed to squeeze in a few questions about the 2nd season of The Last Drive-In. He shared with us that fans can expect more foreign horror on the weekly Shudder series, alongside the regular 80s cheeze, cult classics, and so-bad-its-good gems.

Well, we’re pretty much just gonna do more of the same. […] Then some more recent stuff and some more foreign stuff. Probably more foreign stuff than we did last year because I’m a big advocate for doing more, especially from Japan, Italy, and Korea. So we’ll definitely have more Italian, and more Asian films that we had last year.

While talking about his hesitation for hosting beloved classics like Sam Raimi’s Evil Dead or John Carpenter’s Halloween also shared that we might even be able to expect more mini-marathons leading up to the 2nd season of The Last Drive-In. “we may have a couple of marathons actually, before we do another season- so if we do that we’ll probably be showing classics, So I have to come up with some new ways to look at movies everyone has seen or, everybody who watches Shudder has seen because, you know, it’s a tough audience”. Read the interview in its entirety HERE.

Joe Bob brings unique insight into Hollywood History with Shudder Presents Joe Bob Briggs Live: How Redneks Saved Hollywood at the 2019 Fantasia Film Festival Sunday, July 21 – Full details and tickets and be purchased HERE. Let us know if you’ll be in Montreal to see Joe Bob and let us know if you’re excited for the 2nd season of The Last Drive-In iver on Twitter, in the Nightmare on Film Street Subreddit, and on Facebook in the Horror Movie Fiend Club! 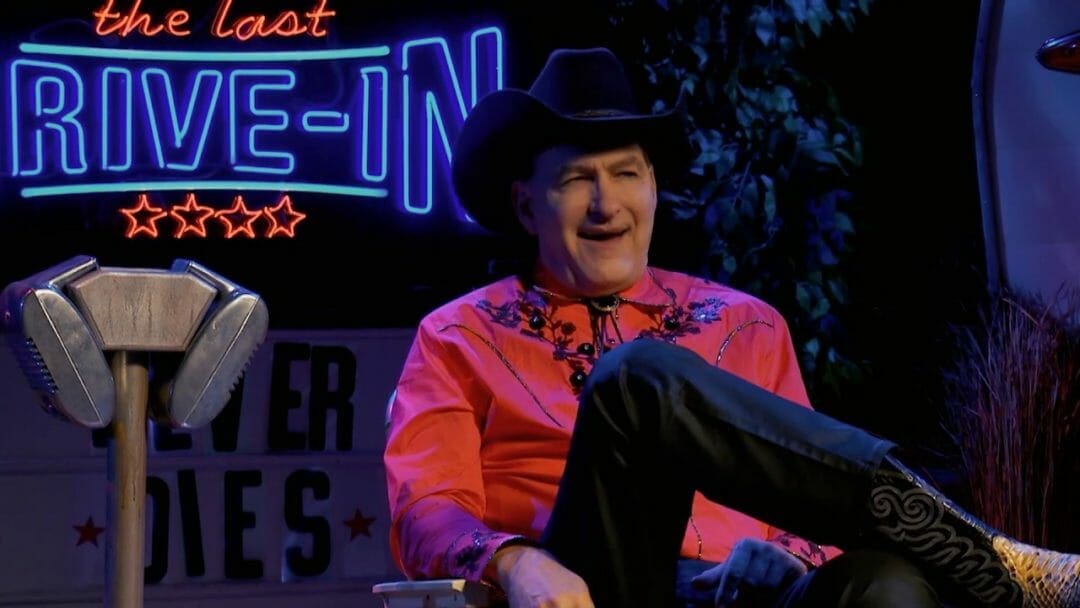