Fantasia Announces First Wave of Films For 2019 Film Festival Including the World Premiere of CRITTERS ATTACK! In July, the downtown campus of Concordia University in Montreal, Canada will be crowded with genre movie fans, filmmakers and actors from all over the world for the 23rd edition of the Fantasia International Film Festival. More than 130 feature films will be screened, including hundreds of shorts. The festival unveiled its first wave of films, and I am paralyzed with overwhelming excitement.

First big announcement is the World Premiere of Killerman, a crime thriller by Malik Bader (Cash Only) starring Liam Hemsworth and Emory Cohen (Lords of Chaos). Staying on theme with the criminal underground, comes The Gangster, the Cop, the Devil, the Korean thriller that made waves at this year’s Cannes Festival. Or enter a world of mysticism, witchcraft and curse of eternal life with the World Premiere of the Wretched and from South Africa, 8.

If you’ve been watching Critters: A New Binge on Shudder, then you’ll definitely want to check out Critters Attack!, the first feature in 27 years of the furry alien franchise. Such a momentous occasion demanded the return of the star of the 1986 original Dee Wallace (ET, Cujo). Every year, Fantasia boasts a strong presence of Asian cinema, and this year is no exception. From South Korea, there’s home invasion thriller Door Lock and psychological thriller Idol. From Japan, We Are Little Zombies and a screen adaptation of the manga Chiwawa. Chinese animation breaks ground with White Snake and stop-motion feature She. 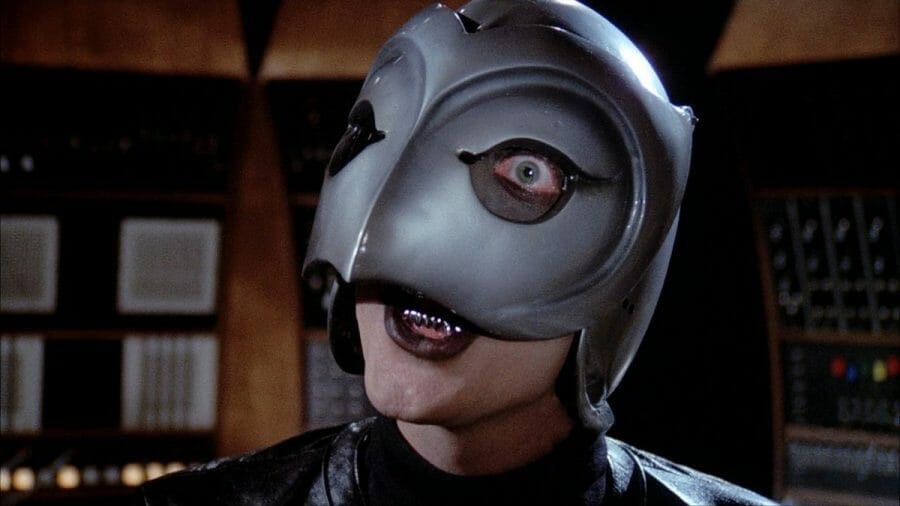 Fantasia will be presenting a lifetime achievement award to producer Edward R. Pressman, who will be honored at a restored screening of Brian de Palma’s Phantom of the Paradise for its 45th anniversary. Actor/singer Paul Williams will be also in attendance. To add to the Phantom fever, there will also be a screening of Phantom of Winnipeg, a documentary about the musical’s cult following in the frigid Canadian city. On the subject of anniversaries, the Crow will be celebrating its 25th anniversary with a screening in 35mm. Goths can mourn the loss of Brandon Lee all over again.

My personal picks off the first wave include Riot Girls, the debut feature of Jovanka Vuckovic (one of the directors of XX) set in a grungy post-apocalyptic world. Punk icon and silver-haired badass Henry Rollins (He Never Died, Wrong Turn 2) will star in the dark vampire comedy Dreamland, directed by Bruce McDonald (Pontypool, Hard Core Logo). I’m also looking foawrd to seeing Satanic Panic, directed by Chelsea Stardust (All That We Destroy) and written by Grady Hendrix (Mohawk, My Best Friend’s Exorcism).

There are so many titles that I didn’t even get a chance to cover above. I encourage you to explore on your own at the Fantasia website. Stay tuned for the unveiling of Fantasia’s second wave and full program, here at Nightmare on Film Street. The festival will be running from July 11th to August 1st. DARLIN’ (USA) – Directed by Pollyanna McIntosh
A wild child slowly adjusts to “civilized” society, where the human monsters lurk under cover of church vestments. The sequel to OFFSPRING and THE WOMAN, actor Pollyanna McIntosh herself takes on the writing/directing reins, and adds an extra vivid flavour to this series’ cannibal-horror stew. Official Selection: SXSW 2019, What The Fest?! 2019. Canadian Premiere.

EXTRA ORDINARY (Ireland/Belgium) – Directed by Mike Ahern and Enda Loughman
Maeve Higgins and Will Forte star in this exhilaratingly funny and inventive instant classic about a driving instructor with paranormal sensitivities matching wits against a fizzled rock star looking to renew a Satanic pact. The festival is very proud that EXTRA ORDINARY came out of its own Frontières market. Official Selection: SXSW 2019, Melbourne International Film Festival 2019, Overlook 2019. Winner of the Silver Raven at the 2019 Brussels International Fantastic Film Festival. Canadian Premiere.

FLY ME TO THE SAITAMA (Japan) – Directed by Hideki Takeuchi
A young man from Tokyo and a Saitama-born American exchange student develop a fierce rivalry based on caricatural suburban feuds, which turns into uncontrollable attraction. Hideki Takeuchi (THERMAE ROMAE) returns to zany, anachronistic fantasy with this Monty Python-esque adaptation of a classic manga from 1982. Official Selection: Udine Far East Film Festival 2019. Quebec Premiere.

THE ISLAND OF CATS (Japan) – Dir. Mitsuaki Iwago
The only constant in life is change, even for elderly Daikichi and his friends — human and otherwise — on a small, idyllic island far from Tokyo. A pure moment of calm and beauty, this light-hearted, sweet-natured slice-of-life dramedy is loaded with loveable characters — human and otherwise. Quebec Premiere

LITTLE MONSTERS (Australia/UK/USA) – Directed by Abe Forsythe
A washed-up musician teams up with a teacher and a kid’s show personality to protect young children from a sudden outbreak of zombies in this hilarious crowd-pleaser starring Lupita Nyong’o, Josh Gad, and Stephen Peacocke and from the director of DOWN UNDER. Official Selection: Sundance 2019, SXSW 2019, Calgary Underground Film Festival 2019. Quebec Premiere.

THE MOON IN THE HIDDEN WOODS (South Korea) – Directed by Takahiro Umehara
A princess and a musician confront marvels and monsters as fate shakes the world… and the heavens above! This is an exquisite animated blend of steampunk, Korean folk styles, and otherworldy fantasy peppered with innovative ideas and dazzling visual delights. Quebec Premiere. Get ready for a blood-splattered throwback to the days when cultists devoted to the horned one were all over theater screens, updated with a knowing sense of humor by Fangoria and screenwriter/best-selling author Grady Hendrix (My Best Friend’s Exorcism, Horrorstör), from a story he wrote with Ted Geoghegan (WE ARE STILL HERE). Starring Hayley Griffith, Rebecca Romijn, Jordan Ladd, Jerry O’Connell, and AJ Bowen. Official Selection: Overlook Film Festival 2019, Cinepocalypse 2019. International Premiere.