Y’all know about Tubi, right? The free streaming service that has a library of horror films that rivals the video shelves of the video stores of yesteryear? If you’re familiar, then you’ve spent many minutes browsing their selection of cult classics, high brow horrors, and so bad they’re good oddities. If you’re not familiar, download the Tubi app, and get to browsing!

There are titles on Tubi that come as a surprise that they’re available to view for free. Sure, you have to sit through some ads here and there, but in a way, that adds to the charm. For those who grew up in the 90s and aughts, it’s like sitting in your living room on a weekend afternoon or late night watching horror films on the Sci-Fi Channel (pre-SyFy days), USA, or TNT. Sure, the ads aren’t from that time so peroid, but still!

Here’s a list of ten films that are available on Tubi, right now! We’ll start with a few recent gems, and then move on to more of Tubi’s classic availabilities.

Lynne Ramsay (You Were Never Really Here) directed this powerful deep dive into the psyche of a mother, Eva (Tilda Swinton), who is dealing with the aftermath of her son’s mass murder of his high school class. While not technically on the horror scale, it does register some real life horror in the journey that leads Kevin (Ezra Miller) to commit a horrible act. The horror that is Eva’s life definitely places its viewer in the realm of despair and dread. Her struggle with what has happened, her struggle with nature vs nurture, and the loneliness that she abides in bring her character and the viewer into a place of true horror. Sometimes it’s the real stuff that affects us the most, and We Need to Talk about Kevin is highly effective.

This found footage horror from South Korea follows the standard found footage ghost formula. A group of people investigate one of the most haunted places of a particular area, and must record every single thing that happens to them. Sometimes, that’s all the plot line that you need for the true fun comes in the executions of the scares and the use of technology to catch the scares. Director, Beom-sik Jeong, and cowriter, Sang-min Park, utilized those things to a tee … a scary freaking tee. There’s some genuine goosebump creating moments once the cameras start capturing some true paranormal nastiness. 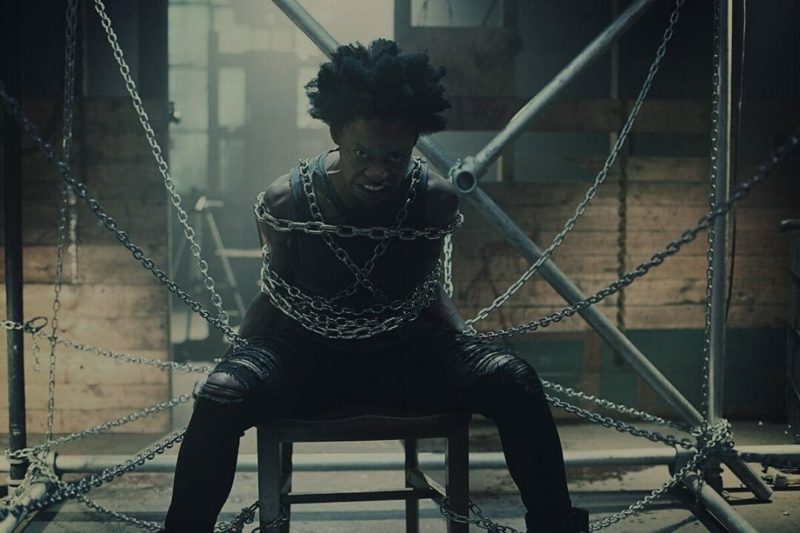 Did you ever see the Henry Rollins starring He Never Died (2015)? She Never Died is the sequel. It is Lacey’s (Olunike Adeliyi) story. Lacey is a woman who uses her special – ahem – abilities to eradicate the streets of evil human beings. Those abilities include being immortal, and having a craving for human flesh. Full of nasty bits, touching and effective buddy comedy moments, and action set pieces, She Never Died is legit fun. It’s also worth mentioning while He Never Died was directed by a man, the directorial reigns for She Never Died are held by a woman, Audrey Cummings.

Rob Zombie’s directorial debut is nothing short of an experience. The Firefly family’s introduction in this film is memorable thanks to the performances of Sheri Moon Zombie, Sid Haig, Bill Moseley, and Karen Black. Their deadly games played upon a group of unsuspecting youth will either make you squirm or make you cheer. While they’re portrayed solely as the villains in this film, they’re evolution into antiheroes in the following sequels is what makes looking back on this film so unique. Lucky, for you, is that the sequel, The Devil’s Rejects (2005), is also streaming on Tubi! Stuart Gordon’s take on the Lovecraftian story is one of the 80’s splatter classics. Herbert West’s (Jeffrey Combs) obsession with reanimating the dead leads to some truly icky moments both gorewise and with the actions of the reanimated. This is the film that kickstarted multiple collaborations between Gordon, Combs, and Barbara Crampton (Megan) within the horror genre. The film is also the first in a trilogy of films that further explored the world of Herbest West. And wouldn’t ya know, Bride of Re-Animator (1991) and Beyond Re-Animator (2003) are also available on Tubi!

You can’t even say, “classic horror,” and not follow that with Dario Argento’s Suspiria. It’s a horror epic. It’s royalty. Am I overselling it? Nah. Where else (aside from the remake) will you get a story about a company of dancers who are ruled by a coven of witches? The use of story, color, music, and gore are such a pristine combination. Most people bow down to the use of a color and lighting in the film, and I, too, bow down to that. It should be considered a true gift to be able to catch this film for free. So, treat yourself, and watch it on Tubi. The originator of The Exorcist (1973), William Peter Blatty, penned and directed this excellently crafted sequel which sees the return of Father Karras (Jason Miller) … or does it? While The Exorcist is a true horror classic, I am of those who enjoyed this film more. The strengthening and lengthening of the lore presented in the first is so strong. Why wouldn’t it be? It came from Blatty. Not just that, but the performances within the film, especially that of Brad Dourif (the Gemini Killer), are highly effective. Throw in one of the most perfectly executed jump scares in horror history, and you have a perfect continuation. Do yourself a favor, and have a double feature of the women directed and women written first two films of the Slumber Party Massacre franchise. The first film is full of wit and 80s slasher wonder whilst the second film leans heavy into a fantasy slasher complete with musical numbers. Almost every single slumber party attendee in is memorable in both films which is in thanks to each character having their own special set of quirks and moments. The films are just downright fun, especially SPMII. It’s a shame and a sham that the third entry in the sequel isn’t available on Tubi, or anywhere, to stream. We need a complete Slumber Party Massacre slumber party viewing! But, for now, relish in the fact that you can stream the first two films on Tubi. Want another double feature of the first two films of a beloved franchise? Then Tubi has you set with Clive Barker’s Hellraiser and Hellbound: Hellraiser II. Follow Kirsty’s (Ashley Laurence) saga with Pinhead (Doug Bradley) and his army of Cenobites from hell on earth to actual hell. Barker’s world within the first two films of the Hellraiser franchise have yet to be replicated. They’re dark, they’re nasty, and they’re delightfully delicious. If you’re into the pain that Cenobites bring about, you could also watch the last two films in the franchise on Tubi, as well. Hellraiser: Revelations (2011) and Hellraiser: Judgement (2018) are also available. Tobe Hooper’s The Texas Chain Saw Massacre is a must see for any horror, or heck, any film lover. And here it is, available to watch for free. Experience the heightening of tension as Sally (Marilyn Burns) and her friends slowly entire the world of the cannibalistic family that would terrorize travelers for years to come. The film is known for many classic scenes with the most famous being the final few moments of the film as Sally runs from Leatherface (Gunnar Hansen), is rescued, and leaves Leatherface to do his twirly dance with the chainsaw.

Tubi is an absolute blessing to us horror fiends. They have these ten films plus hundreds more. The classics don’t end with those that I named, and the undiscovered films on there are a bounty.

What films have you discovered or rediscovered on Tubi? Let us know which ones, and throw at us some suggestions on films that we should catch on there on our Twitter, Reddit, Facebook, and in the official Nightmare on Film Street Discord. Not a social media fan? Get more horror delivered straight to your inbox by joining the Neighbourhood Watch Newsletter.