Rob Zombie has often been referred to as the Hot Topic Randy Savage in the horror field, reveling in schlocky faux-exploitation, blood, guts, evil clowns and “trailer trash humor” over story and emphatic protagonists. The heavy-metal rocker-turned-film-director has always projected a dark sensibility and has since garnered a cult following among horror fans. Whether you’re an acolyte of his filmography, or a damned naysayer, waving the banner of propriety and decency in the air, you have to give the man credit- He’s a real lover of splatter horror. His first feature, The House of 1000 Corpses (2003), with a subversive sense of humour, jam-packed with references to 70’s and 80’s horror tropes, it was understood that Zombie didn’t care much for the Scooby-Doo like gang that usually permeate throughout horror films. He didn’t want to show the audience about their plight, rather, he wanted to show their destruction and evisceration. He cares about the bad guys, the boogeymen of his world, and he wanted to show them warts and all.

He directed the sequel, The Devil’s Rejects (2005) two years later, focusing entirely on the sadistic Firefly Family. This was a bit of a departure from the funhouse carnival-like horror he’d established in his debut, and The Devil’s Rejects had more of a western, on-the-run vibe about it. His return to grindhouse aesthetics came with 2012’s The Lords of Salem, and soon we’ll be back with Sid Haig, Sheri Moon Zombie and Bill Moseley in 3 From Hell (2019). So, to whet your appetite before the next Zombie thrill-fest hits the big screen, here’s a few films that share the same sensibility of a Rob Zombie films: It’s no coincidence that the Firefly family from The House of 1,000 Corpses (2003) share a similarity to Tobe Hooper’s deranged family of reclusive cannibals (with Bill Moseley playing Chop-Top in this film, and Otis from Zombie’s films). Whereas the original Texas Chainsaw Massacre (1974) was a ‘serious’ low budget slasher, Hooper brought a quirky, self-deprecating sense of humour this time around, as if deliberately flaunting the original’s status as one of the first and still greatest “slasher” movies.

A radio DJ becomes the latest target of Leatherface and his family after one of their killings is accidentally recorded during an on-air phone call to her show. The DJ teams up with an embittered Texas Ranger named “Lefty” (played by the late Dennis Hopper) to battle the family. It’s quite a tonal change from the original, which left some fans bitter – but there’s some great highlights here, including the Sawyer family hideout: a decrepit abattoir underneath an abandoned amusement park – and a chainsaw-battle-to-the-death with Leatherface. Complete insanity, The Texas Chainsaw Massacre 2 is the fevered dream of a deranged lunatic. Hooper decided to go with luminous colours and the result is a creepy visual aesthetic. It’s scenery-chewing performances all round, but that’s what you’re here for, right? Listen, we know that Rob Zombie has his wife in pretty much every movie he’s made, and he possibly focuses on her ass for an unnerving amount of the time, but what if he’s just channeling Ilsa, the Kommandant of a Nazi prison camp, through her? Okay, it’s a bit of a stretch, but if you haven’t seen Ilsa: She Wolf of the SS, then you’re in for a sexploitation extravaganza. The general concept of the film is thus: a buxom woman with a voracious sexual appetite for men conducts sadistic scientific experiments designed to demonstrate that women are more capable of enduring pain than men so that they can join the front lines. Forget your YouTube videos of males getting zapped in the stomach to enact going through labor, Ilsa is the real queen of dishing out the pain! It’s probably not something that would get past the cutting room floor today, but we’re looking at grindhouse films here, dammit!

Exploitation trumps story here, but basically the premise is pretty straightforward: eEvery night, Ilsa chooses a male prisoner and rapes him. However, if they have the temerity to orgasm before she does, they are promptly taken away to be castrated and put to death. Only one American prisoner, called Wolf – can avoid execution, and manages to use this in his favour to escape. He hopes that the Allies will arrive soon, but a faction of the SS wants to eliminate all evidence and witnesses. Gene Siskel of the Chicago Tribune gave the film zero stars out of four and called it “the most degenerate picture I have seen to play downtown…’Ilsa’ plays like a textbook for rapists and mutilation freaks“. That didn’t stop the producers though. They made three more films in the series including Ilsa: Harem Keeper of the Oil Sheiks (1976), Ilsa: The Tigress of Siberia (1977) and Ilsa: The Wicked Warden (1977). “Satan was an acid-head!” screams a butt-naked hippie psychopath, and this foreshadows the rest of this sloppy, but fantastically ludicrous flick. It’s gory, gleefully crazy, ugly, and so damn mind-bending you won’t be able to look away from the screen. When a sadistic Satan-worshipping hippie gang starts raising hell in a remote and tiny rural community, a local kid fights back by feeding them meat pies infected with blood he’d obtained from a rabid dog. As you do.

Clearly created with a grindhouse-style aesthetic in mind, I Drink Your Blood plays fast and loose with the quality of what’s onscreen, and is definitely one of those films to watch with friends and a few beers. 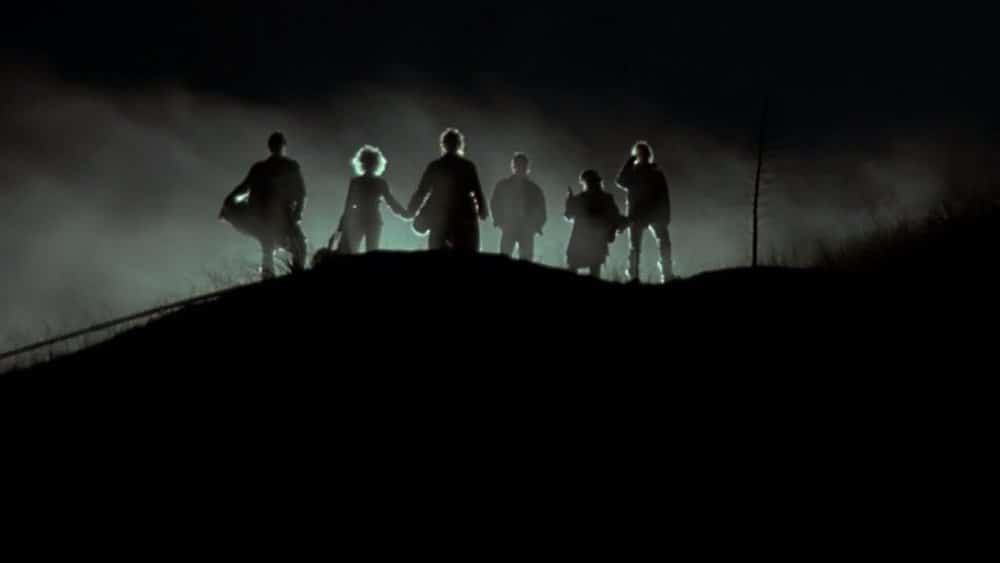 In this stylish take of contemporary vampires, gothic horror is juxtaposed with modern-day American society. The hero, Caleb (Adrian Pasdar), is plunged into a shadowy world of immortal vampires that exist just below the ordinary world as the bad guys imitate modern mortals to hunt their prey.

This is a small gem of a genre film and should be on every horror aficionado’s list. It’s far from perfect, but Kathryn Bigelow has a fantastic control of mood, and creates some brilliant set-pieces, especially in the relationships between the vampires. Using subtlety and nuance, she expertly uses atmosphere to create tension until we get to the big, explosive finale. Like Zombie’s own deranged characters, we join Lance Henriksen, Bill Paxton and Jenette Goldstein as the deathless souls who roam the Earth in search of blood – and the end assault on the hick bar has since entered the lexicon of modern horror.

We’re back with Tobe Hooper again, with the splatter slasher that was meant to be his breakthrough film. It was his first theatrical film with real money and a real studio. Far more intelligent than most films of its type of genre, the story is a gripping one, which builds tremendous tension right up to its claustrophobic climax. The carnival becomes an underworld of fear and darkness in the skilled hands of Hooper with some colorful set pieces. The music score is wonderfully moody and dramatic.

Universal didn’t much care for the movie he delivered, and it seems that they were looking for their own Halloween or Friday the 13th franchise that they could exploit for a decade of sequels. It’s a shame, as this quirky entry bears more grittiness and grindhouse than a lot of other slashers of its ilk, and is often overlooked in Hooper’s filmography, but it’s definitely something you should seek out, if you haven’t already done so.

What will you be watching to gear up for Rob Zombies 3 From Hell? What other grindhouse gems would you have put on this list? Let us know on Twitter, in the Nightmare on Film Street Subreddit, and on Facebook in the Horror Movie Fiend Club!