In news that will delight horror fans, Blumhouse has announced that its much-anticipated Halloween sequel will receive an R rating.  The first line of the MPAA’s rating description points to “horror violence and bloody images”, followed by “language, brief drug use and nudity”.

Fans of 1978’s Halloween (and those of us who have picked up with the series along the way) have been looking forward to this new installment. And the latest rating announcement comes as no surprise. Reports from the production have long hinted at a gorier, bloodier version of the story. But director David Gordon Green wants fans to know there’s more to this film than blood and guts. During filming, he told Collider:

“It’s something we’re really monitoring and playing with in production until we get into post-production… Right now, as we’re filming, we’re keeping in mind first and foremost tension and anxiety, which I think are the greatest elements [Halloween] can offer. ”

Jamie Lee Curtis and Nick Castle will reprise their respective roles as Laurie Strode and Michael Myers for the film, which takes place 40 years after the first Halloween and does away with the mythology of the other sequels. That means no Josh Hartnett (Halloween H20) as Laurie’s brooding son. But we will get to meet Laurie’s daughter, played by the wonderful Judy Greer (Arrested Development).

The film centres on Laurie‘s final confrontation with Michael Myers, which she has been waiting and preparing for since he first attacked her four decades prior.

Green has said fans of the franchise should keep their eyes peeled for references to their favourite moments. He told Collider:

“Anyone who’s a fan of any of these films will find nice little Easter eggs acknowledging our salute to the filmmakers that have preceded us, in the stories and mythologies as they’ve unfolded. For us, it was a clean slate type of opportunity… We want to start fresh for a new generation, but with great appreciation for the previous.” 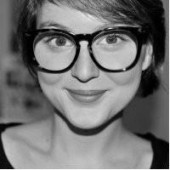