History of The Home Invasion: From NIGHT OF THE LIVING DEAD to THE STRANGERS Home invasion is easily defined as the invasion of our home, the place that houses us and keeps us safe from the elements, from society, and from prying eyes. Yet the world outside is our home as much as our house is our home. Issues in society cause the violation of our societal sanctity, and these issues scare and violate us through the news and social media (even when we’re at home). The subgenre exists because our home is a place where we’re supposed to be safe. And when an outsider enters our safe refuge, we no longer feel safe.
Home Invasion Horror has explored societal and cultural fears, and this genre allows us to process our fears in a controlled environment. Each decade processed Home Invasion through different fears and different lenses. Let’s travel through home invasion history, the fears of each decade, and the films that analyzed those fears.

With “The System” in power, nothing and no one was safe in the 1960s. Counterculturalism, which went against the culture of the 1950s, gave rise to a movement for free expression and Civil Rights. The most prominent home invasion film to come out of the 1960s was Night of the Living Dead (1968), directed by the Godfather of Zombies, George A. Romero.
Night of The Living Dead shows a home being invaded by zombies, true, but, you infer that zombies are invading every home on the planet Earth…the human race’s universal home. Nowhere is safe, and everyone is doomed, and not even those in a position of authority can protect you. Your parents, the police, the government are all powerless to the horde and mindless evil, slowly threatening to turn the world into a barren wasteland of dead bodies and darkness.

It seems people were scared of plenty in the 1970s. A major scare? The massive crime wave where it seemed like life was a lot less safe. While the 1960’s reported a total of 19 serial killers, the 1970’s headlines reported a terrifying 119 serial killers. The “crime wave panic” lent its way to a slew of movies where this panic was showcased.
Straw Dogs (1971) is one such example of a home invasion. Dustin Hoffman, who plays David Sumner, moves with his wife, Amy (played by Susan George), to her home village in England. They move to escape the violence in America…and in turn, they find the same problems violate and invade their safety in England. The Last House on the Left (1972), Wes Craven’s famous exploitation horror film, shows two girls, Mari and Phyllis, taken from safety by a gang of psychopaths and murdered, whereupon Mari’s parents take their revenge. Halloween (1978) and When a Stranger Calls (1979) both focus on the silent stalker making his intrusion into a home, as I’m sure you’re well aware. The 1980s saw our fear of serial killers rise. Over 200 serial killings happened in the 1980s, and serial killers such as Ted Bundy, John Wayne Gacy, and Jeffrey Dahmer made their way into the limelight. The fear of someone taking you from your home, or from the home of society at large, was prevalent in several films of the 1980s.
Angst (1983) details a psychopath, K, released from prison only to torture a family in their home in the middle of nowhere. Nightmare on Elm Street (1984) took the fear of serial killers to the extreme with Freddy Krueger, a serial murderer. After parents took their revenge on him, Freddy takes his by killing the parents’ teenage children in their homes via their dreams, the one place you’re supposed to be safe. Manhunter (1986), based on Thomas Harris’s novel Red Dragon, showcased the fear of serial killers in the odd rapport between detective Will Graham and serial killer Hannibal Lector. Fear of serial killers in the 1980s was often coupled with the desire to understand the methods behind their madness. This is what Will Graham wanted to do when he enlisted the help of Hannibal Lector in catching a killer known as The Tooth Fairy, a sadistic madman that gained access to families’ homes before taking their lives so that he may “metamorphosis” into his true form.

The rise of the internet in the late 1990s brought about the questions of how people could protect themselves from others gaining information about their private lives. Even before the late 1990s, fear of losing privacy and the intrusion of those into your private lives made its way into film. But with the burgeoning popularity of connected world just on the horizon, and the vulnerability of our most tightly held secrets in the coming digital age, there seemed to be no place left to hide.
The Hand That Rocks The Cradle (1992) had a psychopathic nanny, played by Rebecca De Mornay, who sought revenge against a woman who she believed “destroyed” her private life…and so she sets out to destroy hers. This plot also found its way into Cape Fear (1991), except it’s Max Cady (played by Robert DeNiro), who sets out to terrorize and destroy the home and life of the attorney he believed didn’t do a good job of defending him.

The 2000s, as put by sociologist Lee Clarke, is the “fill in the blank decade”. What that means is there was so much going on during this decade that our cultural fears could no longer be coming from any one main source. The internet boomed into popularity, as did the advent of reality TV and social media. The Twin Towers fell and the casualties of war were no longer relegated to our television sets. People were trying to make sense of everything going on around them, and they didn’t know what to be afraid of. This era is hard to define in the way of home invasion films. It was not so much of a physical home, but of the concept Home. As you’ll see in the films below, “Home” is the past, and there is no going back home.
28 Days Later (2002) had the whole of the United Kingdom, a country home to over 8 million people, destroyed by a violent virus known as “Rage”. What that stands for, and entails, is up to interpretation, but you could pinpoint “Rage” as a stand-in for violence and violent acts. Dawn of the Dead (2004), the remake of the Romero zombie film of the same name, did not focus on the fear of capitalism, like the original. Instead, it focused on the fear of death in unfamiliar surroundings. Saw (2004) melds the macabre and the obsession with voyeurism and reality TV into a violent and twisted idea: be taken from your home and familiar surroundings to “play a game”. If you survive, you gain your life, and the chance to go back to the way things used to be…forever changed. The Strangers (2008) takes violence and puts it into more realistic surroundings, and what modern audiences point to as the quintessential Home Invasion film. The Strangers hits the hardest because these violent acts could happen to any of us, at any time. But what really stays with viewers is the sense that these invaders represent a new age of apathetic criminals, and that there is no turning back now from a world of senseless violence that we never imagined possible.

The 2010s:  Fear of The Government (and Strangers)

The waters are still muddied in the 2010s. Our fear is still casting a wide net, pulling in more than we can handle. The last ten years gave us something new to fear and be angered at on social media, every single day. This fear made its way into The Purge (2013) where one day a year, the government allows people to let go of their rage in sick and twisted ways. The government, meant to protect us, goes back on its words and subjects the people of the United States to Fear. Hush (2016) and Us (2019) kicked open the front door of the Home Invasion subgenre and showcased a fear of outside influences and invisible forces that push and pull us beyond our control.
Home invasion horror will always reflect the fears we are attempting to shield ourselves from each night when we turn the lock on our doors. Who knows what will scare us or where the genre will take us in the 2020s and beyond, but I look forward to facing those fears and confronting those uncomfortable truths on the big screen.
Are you a fan of the Home Invasion Subgenre? What’s your favorite Home Invasion movie? Let us know on Twitter, in the Nightmare on Film Street Reddit, and over at the Horror Movie Fiend Club on Facebook! 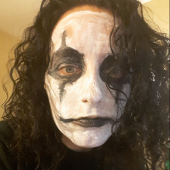