The horror movie remake is a polarizing topic that drives the horror community crazy. You either love remakes, or hate them. Few horror movie re-imaginings have been able to rise above their “remake” branding. Too many fans chalking their existence up to exploiting a film or franchise’s existing fandom, being made purely for profit, being rushed, or re-envisioning iconic characters to a lesser extent.

Despite not being received with open arms, there are a select few remakes that stand above the pack – converting their audiences of naysayers into rabid fans, re-invigorating the franchise they birthed from. Here are our picks for the 10 best horror movie remakes!

Against the advice of locals and police, Clay (Jared Padalecki) scours the eerie woods surrounding Crystal Lake for his missing sister. But the rotting cabins of an abandoned summer camp are not the only things he finds. Hockey-masked killer Jason Voorhees lies in wait for a chance to use his razor-sharp machete on Clay and the group of college students who have come to the forest to party.

Alright, I may get a lot of flack for putting this one on the list. But I really do love the Friday the 13th remake. It’s over the top, it’s got everything you want in a slasher, and there’s exactly 13 kills. While it doesn’t hold a torch to the original from 1980, this 2009 remake directed by Marcus Nispel ain’t half bad. There’s some really fun kills and a bit of back story about Jason.

Spring break turns gory when an underground tremor releases hundreds of prehistoric, carnivorous fish into Lake Victoria, a popular waterside resort. Local cop Julie Forester (Elisabeth Shue) must join forces with a band of unlikely strangers — though they are badly outnumbered — to destroy the ravenous creatures before everyone becomes fish food.

Piranha 3D is the perfect summer film! The original was released in 1978 and was titled simply Piranha. In 2010 we got a 3D remake that took the thriller element from the original and added way more boobs. And humor. And blood. Piranha 3D is a cheesy gore-fest. Directed by Alexandre Aja, it has an all-star cast including Richard Dreyfuss, Christopher Lloyd and Jerry O’Connell. A great flick to watch in a group while vacationing at a lake. Just make sure to maybe check there’s not another lake under that lake.. filled with ancient piranhas.

Reporter Angela (Jennifer Carpenter) and her cameraman Scott (Steve Harris) are doing a story on night-shift firefighters for a reality-TV program. A late-night distress call takes them to a Los Angeles apartment building, where the police are investigating a report of horrific screams. The TV team and emergency workers find an old woman, who suddenly attacks with teeth bared. What’s more, Angela and company find that the building has been sealed by CDC workers. Then the attacks really begin.

[REC] (2007) is a Spanish found footage film directed by Jaume Balagueró. The film is absolutely terrifying and exactly how found footage should be done. One year later came the American remake Quarantine, directed by John Erick Dowdle. Both films follow the exact same story, so there’s not a lot of surprises watching the American remake. Both films also set up for a bunch of sequels, some of which are really great. The American version stars Jennifer Carpenter in the lead role, who does a great job carrying the story. I won’t say much more because both of these films should be watched with no prior knowledge of the story. The first time I saw the ending was one of the few times I’ve screamed out loud while watching a horror film. I apologized profusely to my neighbors.

Mia (Jane Levy), a drug addict, is determined to kick the habit. To that end, she asks her brother, David (Shiloh Fernandez), his girlfriend, Natalie (Elizabeth Blackmore) and their friends Olivia (Jessica Lucas) and Eric (Lou Taylor Pucci) to accompany her to their family’s remote forest cabin to help her through withdrawal. Eric finds a mysterious Book of the Dead at the cabin and reads aloud from it, awakening an ancient demon. All hell breaks loose when the malevolent entity possesses Mia.

Sam Raimi’s The Evil Dead was originally released in 1981. A campy, low-budget film that became an instant cult classic. In 2013, Fede Alverez’s re-imagined the beloved story of Ash and his deadites, creating a darker, more sinister interpretation. One of the biggest changes, was opting for an incredible female lead played by Jan Levy.  The film is deliciously dark, and only embellishes the silly, zany palate of the Evil Dead Franchise.  There’s been a lot of chatter about a sequel being in the works, but nothing concrete.

Desperate for companionship, the repressed Willard (Crispin Glover) befriends a group of rats that inhabit his late father’s deteriorating mansion. In these furry creatures, Willard finds temporary refuge from daily abuse at the hands of his bedridden mother (Jackie Burroughs) and his father’s old partner, Frank (R. Lee Ermey). Soon it becomes clear that the brood of rodents is ready and willing to exact a vicious, deadly revenge on anyone who dares to bully their sensitive new master.

Willard was released in 1973 and the remake came years later to screens in 2003. It stars Crispin Glover in one of his best roles, and a crap tone of rats. Glen Morgan directed this awesome remake and fills it with everything you’d want in a terrifying situation about killer rats. Glover shines on-screen as a total weirdo and carries the film with perfection. If you weren’t scared of rats before, you will be after this flick ends.

Matthew Williams (William Mapother), his wife, Jennifer (Clea DuVall), and mother, Emma (Grace Zabriskie), are Americans making a new life in Tokyo. Together they move into a house that has been the site of supernatural occurrences in the past, and it isn’t long before their new home begins terrorizing the Williams family as well. The house, as it turns out, is the site of a curse that lingers in a specific place and claims the lives of anyone that comes near.

An American remake from the Japanese original Ju-On: The Grudge released in 2002. The remake, directed by Takashi Shimizu, the same person who directed the original, is terrifying. Back in the early 2000’s it was harder for North Americans to access J-horror and horror audiences were grateful for an accessible remake. Starring Sarah Michelle Geller in the lead role, she carries the story with grace. There’s so many memorable moments and jump scares. While I do recommend The Grudge, I say go crazy and watch both the original and remake one after the other. Have the pants scared off of you! When scientist Seth Brundle (Jeff Goldblum) completes his teleportation device, he decides to test its abilities on himself. Unbeknownst to him, a housefly slips in during the process, leading to a merger of man and insect. Initially, Brundle appears to have undergone a successful teleportation, but the fly’s cells begin to take over his body. As he becomes increasingly fly-like, Brundle’s girlfriend (Geena Davis) is horrified as the person she once loved deteriorates into a monster.

Originally released in 1958, it was a long time before The Fly remake came around in 1986. The original movie was adapted from a short story written by George Langelaan. The remake was directed by the always impressive David Cronenberg and starred Jeff Goldblum and Geena Davis. Both brought insane performances to this movie which makes it such a great remake. Of course, it is Cronenberg, so…you know…don’t eat while you’re watching it. When her husband is attacked by a zombified neighbor, Ana (Sarah Polley) manages to escape, only to realize her entire Milwaukee neighborhood has been overrun by the walking dead. After being questioned by cautious policeman Kenneth (Ving Rhames), Ana joins him and a small group that gravitates to the local shopping mall as a bastion of safety. Once they convince suspicious security guards that they are not contaminated, the group bands together to fight the undead hordes.

The original Dawn of the Dead was a fantastic, beautiful, groundbreaking film from Romero, released in 1978. The remake came in 2004, helmed by James Gunn and Zack Snyder. What stands out about this remake is how far they veer from the source material. But it works! The film boasts a strong cast featuring Sarah Polley, Ving Rhames, and Jake Weber, to name a few. There’s also some heart-breaking moments and genuine scares. Oh, and zombies. Lots of those.

It sounds like just another urban legend — a videotape filled with nightmarish images leads to a phone call foretelling the viewer’s death in exactly seven days. Newspaper reporter Rachel Keller (Naomi Watts) is skeptical of the story until four teenagers all die mysteriously exactly one week after watching just such a tape. Allowing her investigative curiosity to get the better of her, Rachel tracks down the video and watches it. Now she has just seven days to unravel the mystery.

Another J-horror American remake. Ringu was first released in 1998 based on the book Ring by Koji Suzuki. In 2002, along came The Ring directed by Gore Verbinski. This was a huge deal for us teenagers in the early 2000’s and made us all terrified of our landlines. The Ring is beautifully shot and colored mystery. It’s a wonderfully done film. It stars Naomi Watts as the mother fighting to save herself and her child, played by David Dorfman. In remote Antarctica, a group of American research scientists are disturbed at their base camp by a helicopter shooting at a sled dog. When they take in the dog, it brutally attacks both human beings and canines in the camp and they discover that the beast can assume the shape of its victims. A resourceful helicopter pilot (Kurt Russell) and the camp doctor (Richard Dysart) lead the camp crew in a desperate, gory battle against the vicious creature before it picks them all off, one by one.

You didn’t think I’d make this list without The Thing did you? Come on! Originally titled The Thing from Another World and released in 1951, the remake was done by John Carpenter in 1982. The Thing is probably the one film everyone will agree on. It’s perfection on-screen. Giant, snowy, cold landscapes filled with unbearable tension and fear. An outstanding performance from all involved – but Kurt Russell stands out on top. Amazing practical effects and a terrifying premise, The Thing is the penultimate remake. They actually remade this again in 2011, but let’s not talk about that..

Those are our picks for the 10 Best Horror Movie Remakes! Are any of your favorites on this list? If not, let us know what your favorite horror remakes are in the comments below, or over in our Facebook Group! 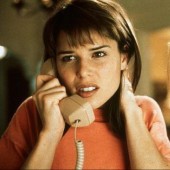