Over the years the horror landscape has been changing into a fleshed out and fully realized genre that touches the lives of more and more people. From adaptations like last year’s IT (2017) to this year’s head-turning horror debuts such as A Quiet Place (2018) and Hereditary (2018), the often maligned genre has been leaving a well-earned dent in mainstream cinema. Even the festival circuit has been seeing a serious influx in thoughtful, genre-bending films that look to further push what horror can do for independent cinema. Films like CAM (2018) – a personal favorite – and Anna and the Apocalypse (2018) look to suffuse horror with young, fresh new blood and ideas. And like its evolution, the latest trailer for Justin McConnell’s horror Lifechanger looks to shapeshift into our lives with the speed of a cat and mouse game.

Shot in Canada, Lifechanger tells the story of an unknown woman who quickly abducts the body of a local detective, who finds himself face to face with an ever persistent problem: find a new body or die. Nothing is really as it seems, as the lives of others begin intersecting in clever and refreshing ways that culminates in a trip down the horror landscapes many rabbit holes, one filled with enough bloodshed to satiate any gore hound.

I was lucky enough to catch it a couple of months back, and if Run Lola Run (1998) and Tobe Hooper’s Lifeforce (1985) – with a heavy dose of body horror reminiscent of Canada’s own David Cronenberg – sounds up your ally then you are in for a treat. Nightmare on Film Street’s Kimberley Elizabeth called Lifechanger “a surprisingly heartfelt body horror film.” Read her full review here.

Lifechanger has already turned heads this past July at Fantasia Fest as well as the Molins de Rei Horror Festival in Spain, where it brought home the audience award. And if early festival buzz is any indication, you can look forward to a shapeshifting and twisted crime thriller with equal parts heart and horror. Take a look!

Uncork’d will release Lifechanger to VOD on January 1st, 2019. 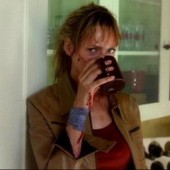