In a recent interview with brokehorrorfan , he revealed how he’s been very busy with this project and how he’s already planning for the future:

“We’re working on a series now for cable with J.J. Abrams, who is a big fan of mine, and his company, Bad Robot. Each season would be 10 original one-hour Larry Cohen thrillers. We’ve got about two seasons already written, ready to be shot. If that happens, it’ll be a whole new renaissance, and there will be a lot of my material out in the world, and I’ll direct some of them.”.

As with many TV anthologies, a narrator is rumored to introduce every episode. While there are no casting news just yet, he did manage to reveal which actor he’d love to have as a host:

“That’s what it’s going to be, a thriller anthology. I’m hoping to get somebody like Christopher Walken to be the host and introduce them in a comedic way.”.

No release date has yet been announced since this is very recent news, it would be safe to assume that we’ll be hearing more about it much sooner than later. A Thriller Anthology created by Larry Cohen and J. J Abrams, hosted by Christopher Walken? We may just be witnessing the birth of a new cult classic!

After decades of accomplishments in the film industry, one would think he’d be ready to retire happily and enjoy life peacefully. But, with the upcoming series and the abundance of material at his disposal, it seems he’s just getting started.

I suggest you keep your eyes peeled for we may have a new horror series to binge watch very soon! 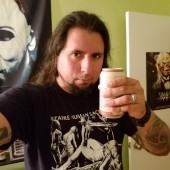 Name: Gonzalo Ortiz Date of Birth: August 31st 1985 Country: Canada Height: Not tall but not short. Weight: Not huge but not tiny. I've been a Horror fan ever since i was 5 years old and i cannot wait to interact with all of you!