New HALLOWEEN To Be Scored by John Carpenter!

More and more information has been coming forward about the upcoming Halloween sequel/reboot. In addition to John Carpenter’s comment that the movie will ignore all of the sequels, (including Halloween II, which was written by Carpenter), another revelation has come forward: John Carpenter, who is already serving as the executive producer, will also compose the film’s score.

Carpenter, though a distinguished director (including such classic genre films as They Live, The Thing, and Big Trouble in Little China) is also known for his musical talents. He composed the score for the original Halloween back in 1978. On his website, he was quoted as saying,

I screened the final cut, minus sound effects and music, for a young executive from 20th Century-Fox. She wasn’t scared at all. I then became determined to ‘save it with the music.

When speaking about the Halloween soundtrack, Carpenter drew from his inspirations Bernard Hermann and Ennio Morricone. Of this, Carpenter added, “Hermann’s ability to create an imposing, powerful score with limited orchestra means, using the basic sound of a particular instrument, high strings or low bass, was impressive. His score for Psycho, the film that inspired Halloween, was primarily all string instruments.”

There are many options. I’ll be consulting with the director to see what he feels. I could create a new score, we could update the old score and amplify it, or we could combine those two things. I’ll have to see the movie to see what it requires.

Many reboots of classic franchises don’t try to stay true to their source material. Hopefully the new Halloween will bring a fresh twist to the story, while the inclusion of Carpenter in the process will keep intact what made the original so good.

Halloween is set for release October 2018. The movie will be written by David Gordon Reed and Danny McBride. The movie has also been confirmed to star Jamie Lee Curtis, returning to her iconic role as Laurie Strode. 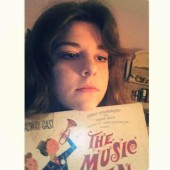