“Currently, we’re working on something a lot of you have been asking for…” -Red Barrels Team

Red Barrels are the video game developers responsible for Outlast, Outlast: Whistleblower, and Outlast 2 have officially announced the franchise coming to the Nintendo Switch console during the first quarter of 2018. Though vague, they’ve announced that there won’t be a sequel to either the first or second game but instead are creating an entirely different game set in the Outlast universe.

In Outlast (2013), the player assumes the role of investigative journalist Miles Upshur, as he navigates a dilapidated psychiatric hospital overrun by homicidal patients.

A prequel to the first game was released only a year later titled Outlast: Whistleblower (2014). The prequel follows Waylon Park, a software engineer working at Mount Massive Asylum. His job entails maintaining the Morphogenic Engine, which controls lucid dreaming in comatose individuals. After several experiences working directly with the Engine and uncomfortable torture, he sends an anonymous e-mail to reporter Miles Upshur to expose the corporation.

Outlast 2 (2017) follows Blake Langermann, along with his wife Lynn, who are roaming the Arizona desert to explore the murder of a pregnant woman only known as Jane Doe. Blake and Lynn get separated in a helicopter crash, and Blake has to find his wife while traveling through a village inhabited by a cult that believes the end of days are upon them.

It’s time for a little status update from us.

First off, we wanted to take a moment to thank all of you that have bought Outlast 2 and have been supporting the studio for more than 5 years now. Red Barrels was nothing more than a dream, but with a lot of blood, sweat, and beers it has now become a small, fully independent studio with a kickass team who can work miracles.

We strive to create unique experiences and take risks. Hopefully, we’ll manage to entertain you for years to come.

About the future, many of you have been requesting a DLC. While the first Outlast was made with the idea of a DLC in mind, that was not the case for Outlast 2. We’ve considered many options, but none of them felt appropriate for a DLC. Outlast 2 was created to make you feel like a rat in a maze, without any knowledge of what’s outside the maze.

We will, at some point, make an Outlast 3 and answers will be given. You can also check out The Murkoff Account’s epilogue. It takes places right after the events of the second game and offers some insight into the events in the game. (https://redbarrelsgames.com/comic-books/)

Currently, we’re working on something a lot of you have been asking for… It won’t be a sequel to Outlast or Outlast 2, but it will be a distinct experience set in the Outlast universe. We can’t say more right now, we first need to make sure we can make it work. Like I mentioned, we strive to be risk-takers and this one is a pretty big challenge. If all goes well, we’ll soon be able to reveal more.

In the meantime, the Outlast franchise will be released on the Nintendo Switch during the first quarter of 2018.

Be sure to follow Nightmare on Film Street for any new updates regarding Red Barrels and the latest Outlast installment. 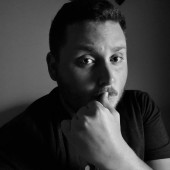