Happy Pride Month! While we celebrate the LGTBQIA community every day of the year, June is the month where we celebrate even more loudly those from the past who gave and continue to give the strength that we need to shout for sexuality equality! Queer horror has been around since the beginning of cinematic horror. There are plenty of queer horror films out there to devour. There’s plenty out there that are streaming on the most available streaming outlets! Some that are obvious, and there are some that require a good and deep search to discover.

The films that I am presenting to you are ten queer films that I recommend that you watch during the month of Pride. Each film has a queer aspect to it, and whether they be obvious or subtext, they are films that belong in the spectrum of queer horror. Streaming on Tubi and Pluto

“Diane’s feelings for Jack — the girl she met over the summer — begin to manifest themselves in terrifying ways when she learns that her friend will soon be moving away.”

The horror aspect may be sporadic and subtextual, but the moments that it explodes on the screen are equal parts horrifying and representative. For Diane (Juno Temple), feelings that she has for a girl are new territory. For Jack (Riley Keough), these feelings are the norm, but the power of the feelings are new. Their psyches are connected as their feelings are represented by a creature that they both struggle to understand.

“Remington is in love with Hannah but she finds him lazy and uncouth. Then he starts to change. Suddenly he is becoming neater, nicer, more sensitive. Is he doing it for her? Or is something beyond his control changing him into someone he is not? He discovers that his gradual transformation is tied to something he did long ago, to childhood transgressions and curses uttered in graveyards. Hannah falls for the new and improved Remington, but he starts falling for someone else. As the ghosts of Remington’s past come to haunt him, so do the the Zombadings. Undead, fabulous, they threaten to rock this sleepy town to death.”

This Rom-Zom-Com from the Philippines may have a skewed view of queer life, but at its heart, the message is one of love and acceptance. The message is brought across with the use of a horde of zombified queer individuals who were previously killed using a device meant to determine the sexuality of farm animals. Underneath the slapstick comedy is actually a pretty terrifying plot point; queer people are being killed. Laughs reign over the serious matter. “Thirty years after her accidental death at her 1957 senior prom, the tortured spirit of prom queen Mary Lou Maloney returns to seek revenge.”

Mary Lou (Lisa Schrage) returns to exact vengeance via the body of unsuspecting Vicki (Wendy Lyon) in what could be said is the lesbian equivalent of A Nightmare on Elm Street 2: Freddy’s Revenge. The similarities between the two queer horror films are obvious, but Mary Lou marks her claim hard enough to differentiate between the two films. Freddy had Jesse, and Mary Lou had Vicki. “When troubled musical prodigy Charlotte seeks out Elizabeth, the new star pupil of her former school, the encounter sends both musicians down a sinister path with shocking consequences.”

Throughout its runtime, The Perfection’s twists and turns will take you on a ride. What the film seems to be is not what it is. What the characters’ intentions are will flip throughout. The expectations of love between two people will be tested, and the outcome will surprise you. The finale frames of The Perfection are literally perfection, and represent so many trials of equal rights within one frame. 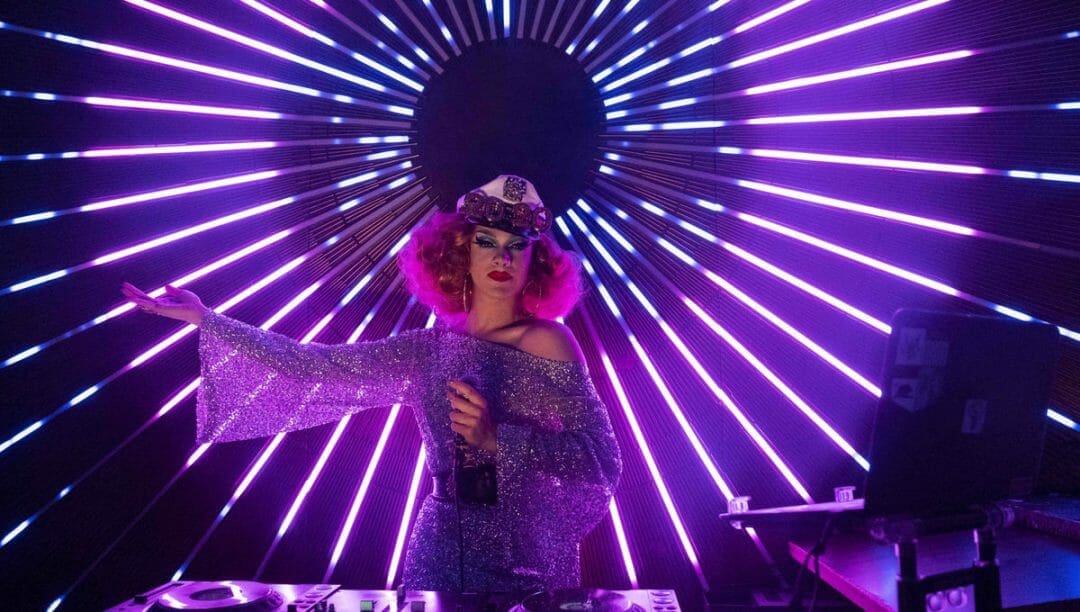 “Midnight Kiss follows a group of longtime gay best friends and their straight female bestie as they head to a beautiful desert home to celebrate New Year’s Eve. One of their annual traditions is to play a game called Midnight Kiss, a sexy but ultimately dangerous challenge to find that special someone to help you ring in the New Year. As friendships have grown strained with secrets, jealousy and resentment, the group faces another challenge when a sadistic killer wants in on the game. Relationships are put to the test and truths are revealed as the night turns into a fight for survival.”

The queer slasher. Surprisingly, there’s not a lot of entries in this sub genre. Midnight Kiss made its debut within Blumhouse’s Into the Dark series. The characters in the film are mirror images of myself and others that I know. It encapsulates all that a slasher film should whilst being wonderfully queer. “After a malicious data hack exposes the secrets of the perpetually American town of Salem, chaos descents and four girls must fight to survive, while coping with the hack themselves.”

Assassination Nation’s queer aspect comes in the form of Bex (Hari Nef), a trans woman, who experiences a horrid treatment in accordance to the many horrid treatments presented against women in the film. Those discrepancies are handled with a primal scream throughout the film, and should be on everybody’s queer viewing list.

“A mother’s grief over the death of her toddler leads to horror.”

Lyle‘s refreshing view of a lesbian couple moving into a Brooklyn home with their toddler gives a sense of normalcy for a queer couple. Except this is a horror film so any sense of normalcy is going to dissipate before the end credits roll. Gaby Hoffman gives a heartbreaking performance as Leah whose story will mirror that of another pregnant New Yorker who just moved into a new place in another film. It’s Rosemary from Rosemary’s Baby (1968).

“When Michael’s attempt at suicide awakens a psych ward demon, he must stop her before she kills everyone in the hospital.” “French dancers gather in a remote, empty school building to rehearse on a wintry night. The all-night celebration morphs into a hallucinatory nightmare when they learn their sangria is laced with LSD.”

Gaspar Noe is known for his controversial films. Climax may be the most tame of them all, but that doesn’t mean that there’s material that will not rise your blood pressure. The cast is compromised of a plethora of different lifestyles, but the queer representation throughout the film is evident. It is handled with respect (as much respect as a f*cked up Noe film can be), and the outcome of every individual’s storyline is truly tragic.

If you’re looking for more Queer Horror, Tubi has the most choices within their extensive horror selection. Shudder has curated a number of films with queer themes and from queer creators that they are showcasing for the month of June, including the streaming premiere of Scream, Queen! My Nightmare on Elm Street (June 4). Let us know what queer horrors that are not listed that we should be watching over on our Twitter, Reddit, Instagram, and The Horror Movie Fiend Club on Facebook!