Barone saw the festival as a great opportunity to bring the kind of quality horror genre films that came through big name festivals like Sundance, South by Southwest, Toronto International Film Festival and Fantastic Fest. At the time, opportunities to see horror genre films from somewhere like South by Southwest were slim. You could catch them on DVD at the end of their festival circuit or you might have been able to see them at the Angelika, an independent theatre in New York City; however, these sparse options were inadequate to Barone.

Now, Barone is the senior programmer for Brooklyn Horror Film Festival. It takes eight months for the BHFF programmers to review submissions and create a slate. This means Barone is watching horror movies from the end of December to late August. And, much like the genre, Barone doesn’t play it safe.

“Typically we’re looking for things that are outside of the box,” Barone tells Nightmare on Film Street. “When we’re looking at our films we definitely want to try to push the genre in new, interesting directions. So if something feels too generic to a degree, we tend to shy away from it.”

The goal is to be a festival that pushes the genre to evolve. Barone is constantly challenging the audience members with traditional perspectives of what a horror film is.

“We definitely look for the films that kind of take the horror films that you know about and that you’ve seen a million times before and present them to you in a new kind of fresh way.”

In 2018 BHFF has 25 new features from 12-15 different countries. On a submission level, this year has contained films of the highest calibre since the festival’s beginnings.

“I don’t necessarily have a favorite in the festival, but the film that was the biggest surprise and kind of knocked us all on our asses is our center piece film called, Starfish.” In addition to Starfish, Barone champions Knife + Heart, a film he describes as a fusion of Dario Argento and Brian de Palma, and Cannibal Club, a whip smart Brazilian film with a self descriptive title.

“This year is the strongest program we’ve had yet,” says Barone. Nevertheless, he still finds himself passing on a lot of films. Filmmakers who try to mimic other directors are easily turned down. For example, in the last year Barone has come across his fair share of James Wan-abees. The attempts come off as overdone and stale.

“We definitely try not to be so obvious with stuff,” states Barone. In fact, BHFF prefers the filmmaker turn horror on its head before copying a well-known director or formula.

BHFF accepts submissions via FilmFreeway and Withoutabox. The festival will be open for submissions for 2019 at the end of this year. Make your way to BHFF’s website to check out the slate for 2018. 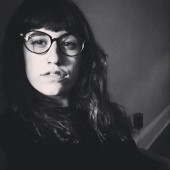 Brooke Sonenreich is a film critic from Miami, Florida. She has a BA in creative writing with a minor in film studies from Florida State University. She is currently a Master’s candidate in the Moving Image Studies program at Georgia State University. She loves the horror film genre and has a penchant for watching The Shining over and over again.