Pulling Back the Curtain: 10 Great Women Behind the Scenes in Horror

Movies are actual, real-world magic.  Not only due to the stories they tell, the worlds they create or the way in which they allow us to escape reality, but because of the way in which they bring people together.  Yes, that includes the public at large. Yet more specifically, its magical the way a movie production gathers a large group of people to work towards a common creative goal.  Making a movie is no small feat.  No matter how large or how small the production is, odds are there’s a small army of people behind the curtain.

While it’s pretty common for a director and actors to get the majority of attention for a film, it’s all the little details that truly bring a director’s vision to fruition.  To continue the ongoing conversation of women in film for Women in Horror Month, here is a look at 10 women who have made magic behind the scenes of some amazing films.

Since 1984, Ahrens has been an active and important player in literally setting the vibe of some pretty incredible films and TV shows.  As a set decorator on films such as A Nightmare on Elm Street (1984), House (1985), Critters, The Blob (1988) and Single White Female she helped fully develop characters and her contributions are part of the reasons why these films are now considered classics.  The posters, stuffed animals and random pillows in Nancy‘s and Glen‘s rooms in Nightmare helped us really believe their age.  The lamps, wallpaper and that little easter egg Jason toy in House are all things that Ahrens would have had her say in.  Little details like these allow us as an audience to really believe a story and are crucial to the final execution of a film. Hair and make-up is an interesting thing in film.  With something as seemingly simple as a hairstyle, a film can be dated, modernized or set in a future world.  By just seeing a still of a film, so much can be determined simply by the way a character’s make-up and hair is executed.  Since 1983, Josefczyk has been working as both a hair stylist and a make-up artist in the world of films.  Some of her credits include films such as Day of the Dead (1985), Monkey Shines, Two Evil Eyes, Night of the Living Dead (1990), The Dark Half and My Bloody Valentine (2009).  Did you catch all of those Romero credits? Clearly, the two had an understanding and a working relationship that encouraged both to work together time and time again. These two women are combined as they commonly work on projects as a team.  Together, they become a powerhouse of music composition and created the masterpiece scores for Stanley Kubrick’s The Shining and A Clockwork Orange.  It’s safe to say that working alongside Kubrick and creating the auditory soundscape for his visions was no easy feat, and yet he returned to these two women and trusted them.  Their innovative electronic techniques and their knowledge and versatility musically helped create some of the most moving and intense themes in film and their contributions cannot be overstated. Much like Kubrick, Tarantino is known for being very specific about how exactly his visions should be translated to the screen. Therefore, it says a lot about Menke that Tarantino would return to her again and again as an editor on his films. Tarantino films have a specific feel, a specific flow, pace and look and the film editing has so much to do with that. Menke worked on films such as Reservoir Dogs, Pulp Fiction, Jackie Brown, Kill Bill Vol. 1 & 2, Death Proof and Inglourious Basterds. The way she stitched together the fabric of Tarantino’s visions is a large part of why these films are now classics. Sadly, Menke passed in 2010, but there’s no question that her talent and legacy will continue to live on in these films.

There’s something so romantic about the idea of a muse. A person who inspires creative ideas and output.  For Dario Argento, that person was Daria Nicolodi.  Apart from being a prolific and talented actress, Nicolodi was also as active behind the camera as she was in front of it. Alongside Argento, she helped write Suspiria (1977), Inferno and Paganini Horror. Her appearances in films like Tenebre, Shock, Deep Red and Phenomena are part of the reason why these films are considered the giallo classics that they are. Also, it’s not much of a reach to surmise that due to the time period, her obvious talent and her close personal relationship with Argento, her contributions were likely much more than she ever got credit for.

It is as a cinematographer or DP that the overall look, the aesthetic and appearance of a film is translated and conveyed to the audience. The way a scene is lit can imply fear, danger, suspense or the exact opposite. In this role, Christensen has created some beautiful visions on-screen in films such as A Quiet Place, The Girl on the Train and The Hunt starring Mads Mikkelsen.  Her career is one that is really starting to take off and her lovely eye for light is certainly one to watch.

There’s only so much of a character that can be conveyed by an actor and their performance.  Part of character development comes down to appearance and how that character looks on-screen and interacts with the set/world around them. This is the world of the costume and production designer.  Within that world, there are few more prolific, notable or talented than Patricia Norris. While Norris sadly passed in 2015, her credits will help keep her spirit alive. Among her long list of films are Lost Highway, The Elephant Man, Twin Peaks: Fire Walk With Me, Blue Velvet and Scarface.  Recognize a few David Lynch films on that list there? Well, the way those Lynch films look and the iconic characters that he created certainly have Norris’ hands all over them. A true powerhouse, King has worked as a script supervisor on films such as They Live, Big Trouble in Little China, Prince of Darkness, Sixteen Candles and Starman. As a producer, she helped bring They Live, Body Bags, In the Mouth of Madness and Village of the Damned to fruition. Outside of the film world, she is also the CEO and Editor of Storm King Comics, a comic book company focused on horror and sci-fi that she started with her husband, and Master of Horror, John Carpenter.  Her versatility, attention to detail and dedication to the genre at large is inspiring to say the least. 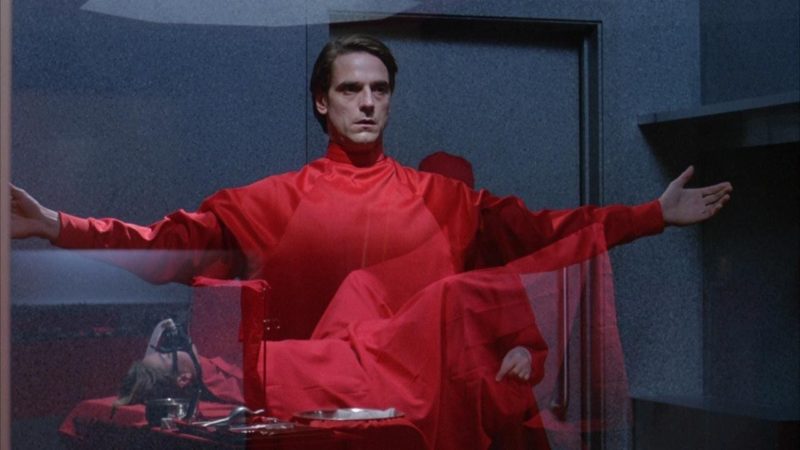 Do you know the saying, ‘Keeping up with the Joneses‘? Well, perhaps it should be ‘Keeping up with the Cronenberg’s.’ Obviously, her brother David Cronenberg has made a name for himself in the film world. However, Denise has firmly held her own in the field as well. She began her career as a trainee on Videodrome and The Dead Zone in 1983 and caught on quick.  No one knows a brother quite like a sister and it makes sense that David would choose to utilize Denise and her eye to help bring his characters to life on-screen. She would continue to work with David on films like The Fly, Dead Ringers, Naked Lunch and Crash. Outside of her brother’s films, she also found plenty of work including films such as Dracula 2000, Resident Evil: Afterlife, Dawn of the Dead (2004) and Dead Silence.

1. DEBRA HILL – A LITTLE BIT OF EVERYTHING

It’s hard to know even where to begin when it comes to Debra Hill.  Her passion seemingly knew no limits and her roles included Producer, Writer, Script Supervisor, Assistant Editor, and Director. Together with John Carpenter, Hill helped create some of horror’s most iconic and influential films. She was a writer and producer on Halloween, The Fog, Halloween II and Escape from L.A. ; producer on Clue, Halloween III: Season of the Witch, The Fisher King.  These are just a fraction of the films that she touched, and there’s no way these films would have been what they are now without her input, ideas, and talent. Unfortunately, Hill passed away in 2005 at the young age of 54. What she managed to accomplish in such a short amount of time is astounding. Her diversity of skill and willingness to tackle a variety of jobs is a true testament to the idea that the sky is the limit.

This is only a small taste of women who have contributed to the overall genre of horror.  While there is certainly still a need to expand the opportunities and equality for women in the film industry, women are indeed out there, every day, helping to create the films we love.

What are some of your favorite women involved in the film industry? Let us know over on Twitter, Reddit, or in the Horror Fiends of Nightmare on Film Street Facebook group!