One does not simply watch Dawn of the Dead in the middle of a pandemic. Either of them. The viral end of the world has become an increasingly popular subgenre since the turn of the century, from Outbreak to the Maze Runner movies, but George A. Romero got their first in 1968 with Night of the Living Dead, and then refined his vision 10 years later with its thematic sequel. Romero’s plague arrives from parts unknown, it spreads so quickly that the people are overwhelmed, and before you know it the world is changed forever. All we’re missing here in the real world is the zombies.

Many people have remarked on Dawn of the Dead’s commentary on consumerism, but events of the last year make much of the first act of the film seem shockingly prescient. We open in a TV station where talking heads yell at each other about the facts of a crisis currently underway. At the same time, police raid what’s obviously low-income housing filled minorities, ostensibly they’re trying to get people out for their safety, but one white cop goes rogue and starts murdering people whether they’re zombies are not.

“Snyder pointedly confronts issues of trust, motivation, and compassion in the face of limited supplies and concern about outside dangers.”

Later, as our heroes fly their helicopter out and away from the city, we see people in rural areas, all heavily armed and in a celebratory mood. Between drinks, they pick off the zombies in nearby fields whether they’re an immediate threat or not, and there seems little regard for what happened to these people who were likely once members of their own community, or the macro considerations of a world falling apart for that matter. In a sense, these people are living their best life, and it put an idea in the minds of certain people that in the midst of a global crisis they would end up having to shoot their way out, and not do the simple things like, say, wearing a mask or standing six feet apart. [Editor’s Note: *mic drop*]

It’s cynical to think that in the face of existential challenges that people will respond with violence, and not kindness, which is why you might approach Zack Snyder’s 2004 remake of Dawn of the Dead with trepidation. In Snyder’s Batman V. Superman: Dawn of Justice Superman literally says, “No one stays good in this world,” which is a fine message from the man who’s supposed to represent “Truth, Justice and the American Way.” In Snyder’s vision, not even our fictional superheroes can rise above petty tyrannies and grand societal paranoia, so his vision of the apocalypse must be terribly pessimistic, right?

Actually, it’s not, which is not to say that all the characters in Snyder’s Dawn of the Dead are pillars of society. On balance though, it’s a story about people trying to do their best to find community among strangers and to work together to survive. Interestingly, Snyder’s movie may be less cynical than Romero’s. Both Dawn of the Deads end with the summary destruction of the survivors’ perfect life in the mall, but in Romeo’s movie, it’s an act of self-immolation while in Snyder’s it’s lost in an act of sacrifice.

In the original film, the survivors’ nirvana in the mall falls apart when a biker gang invades and starts stealing or destroying everything. Peter, recognizing that they’re outnumbered, advises Stephen to hide and wait for the gang to leave, but Stephen becomes obsessed with an idea. “It’s ours, we took it,” he says to himself as he watches the bikers smash and grab. Stephen then starts a fight with bikers that not only leads to his own death but leads to Peter and Fran’s hidden position at the top of the mall to be compromised.

“The consumerist fantasy that Romero was critiquing in his Dawn of the Dead was taken literally in the 25 years between the original and remake.”

In Snyder’s film, the survivors plot escape to a nearby marina, and the boats there that can take them to less populated islands on the lake, but they first have to assist Andy, the proprietor of a gun store not far from the mall whose on the brink of starvation. While trying to get Andy food with the assistance of the group’s dog, he gets bitten, and then one of the survivors gets trapped in the building with the zombified Andy. The rescue leads the zombies back into the mall, and forces the survivors to move up their escape plan before being overrun.

Both films push the idea that there’s safety in isolation, an idea that we can all relate to in these COVID times, but it’s Snyder’s film that constantly tests the point, first with the security guards and their lack of willingness to share the mall with the first group of survivors, and then later when a new group arrives in a cargo truck frantically one step ahead of the running dead. Snyder pointedly confronts issues of trust, motivation, and compassion in the face of limited supplies and concern about outside dangers. 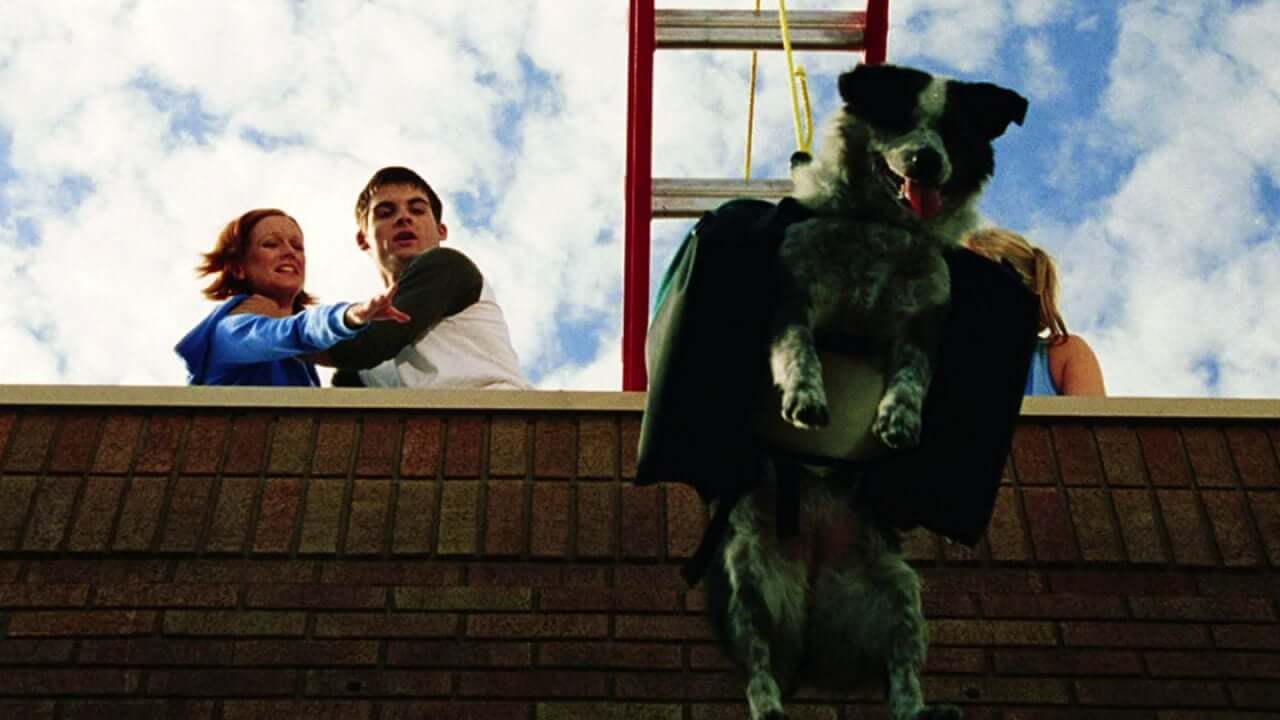 Snyder’s surprising optimism does run out in the end as the four people that lived long enough to make it to the dock set sail, run out of supplies and land on an island only to find it swarming with the undead. This reveal plays over the end credits in the form of found footage, and the exact fate of the survivors remains unknown. Romero ends his Dawn of the Dead with Fran and Peter flying away to an unknown fate, an ending Romero would reuse at the end of Day of the Dead, and slightly more positive than the end of Night of the Living Dead where sole survivor Ben is mistaken for a zombie and shot dead.

Romero’s first three zombie films were all examples of patience in building tension. Yes, there are many scenes that revel in gruesomeness and gore, but there are also long stretches where characters are seen managing the needs of their own safety or contemplating their own fate and that of the world. The original Dawn is over two hours long, and not a single minute is wasted as we watch our quartet frantically escape the city, set down on the roof of a mall for respite, and then decided to settle there to ride out the catastrophe.

“Both films push the idea that there’s safety in isolation, an idea that we can all relate to in these COVID times, but it’s Snyder’s film that constantly tests the point…”

In Snyder’s film, a quintet of survivors run into each other along the highway, and someone says, “We’re going to the mall.” Snyder’s film is 27 minutes shorter than Romero’s, so the economy of time is part of his filmmaking process, and he’s also subtly saying that he knows what you came to this film to see. People of a certain age, the ones who grew up with (or at) the mall, know all about the fantasy of being left alone in a closed mall and being able to do with that what you will. The consumerist fantasy that Romero was critiquing in his Dawn of the Dead was taken literally in the 25 years between the original and remake. Where else would you go at the end of the world other than the mall?

Ironically, malls, which were once a refuge from the walking dead in fiction, are now basically undead themselves. All across this continent are huge buildings once filled with the promise of everything you could have ever wanted, but now they’re empty, or nearly empty, and nobody knows what to do with them. The malls are dead now, and there’s no salvation for them as the consumer landscape changes, so how can they offer us salvation in return? In the future, perhaps the two Dawn of the Dead movies will be seen as bookends; one at the beginning of the mall’s dominance in commerce, and the other at the end before the internet and Amazon changed everything. Both movies serve as a fantasy and a warning, and perhaps the lesson has already been learned. In the face of zombies, or COVID-19, there is no safety at the mall because community is matter of action among people wherever they are, and not a matter of location.

What did you think of Zach Snyder’s Dawn of The Dead? How do you feel it stacks up against George A Romero’s Dawn of The Dead? Share your thoughts with us over to Twitter, Reddit, or in the Horror Movie Fiend Club on Facebook, and get more horror delivered straight to your inbox by joining the Neighbourhood Watch Newsletter.