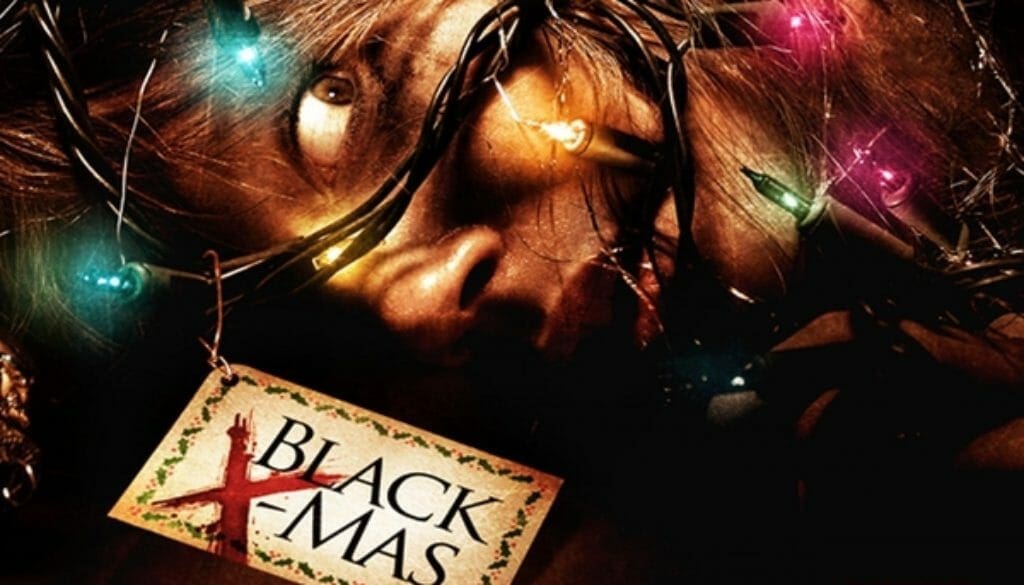 Last Friday, the third iteration of Black Christmas opened in theatres everywhere. This timely spot of holiday horror will try and update the original Bob Clark film from 1974 to become something more befitting of the post #MeToo, post Time’s Out era, but Black Christmas was never about social consciousness. The two previously released Black Christmases, Clark’s film and the 2006 remake by Glen Morgan, were both about two very different kinds of Christmas moods. One is dour and unsettling, and the other is campy and over-the-top.

Now “unsettling” is not a mood one typically ascribes to the holidays. Christmas is supposed to be a time of good cheer, and peace among people, but no one in the 1974 Black Christmas is having a good time. Yes, there’s a killer running about, but when you look at from the point of view of the characters, one of their friends goes missing without a trace, they form a search party to look for her and find the body of another missing girl. And between that they’re dealing with increasingly disturbing and obscene phone calls.

“The two previously released Black Christmases […] were both about two very different kinds of Christmas moods. One is dour and unsettling, and the other is campy and over-the-top.”

Aside from the horror stuff though, it really feels like no one in the sorority house is having a good time this Christmas season. Final Girl Jess is pregnant and wants an abortion, while her boyfriend Peter wants her to keep the baby and marry her in spite of whatever Jess feels on the matter. Mr. Harrison, the father of the missing sorority sister Claire, is more than a little unimpressed with what his daughter might be getting up to away at college, and he’s most unimpressed with the housemother, Mrs. Mac, who is clearly a high functioning alcoholic. Seriously, she keeps liquor bottles in the back of the toilet tank, which is a big warning sign.

Only two occasions bring such desperate personalities together, tragedy and the holidays, and in Black Christmas you get a two-fer. In a perfect world, there’s no way that Claire would want her father to see her taste in artwork, or the boozer that’s the only thing passing for adult supervision in her life. After all, she was supposed to meet her father at the centre of campus, and not at the sorority house. Claire was trying to keep her dad, and his 1970s thinking of what young women should be doing, away from all the smoking, drinking, and pre-marital sex that’s part of sorority life. The holidays also force uncomfortable conversations that only happen at the end of the year when people are taking stock of their lives, and you see that in the scene where Jess and Peter argue about what both of them want from their relationship. It’s clear that it’s been on Jess‘ mind for a while that she and Peter are on different wavelengths, her actions speak louder because if it weren’t for the fact she was pregnant she probably wouldn’t have been talking to Peter at all. Seriously, her friends are going missing, and she doesn’t reach out to Peter for emotional support, or to invite him to join the search party for Claire.

Could it be that the unnamed killer is a metaphor for the chaos of the holidays? In the original Black Christmas, the killer is never identified, his motives are nebulous, and his weapons are improvised from whatever he finds around. Sometimes with family, you brace for the inevitable fight because there’s just a natural chemistry when certain people end up in the same place, but these things never start the way you expect them to. There’s also the obvious metaphor of the uninvited guest. Someone new comes in and throws the whole group dynamic out of whack, and so many horror movies are based on the idea that external dangers force groups to deal with long-simmering internal strife.

“Could it be that the unnamed killer is a metaphor for the chaos of the holidays?”

There’s something to that idea in the remake of Black Christmas, which came out in 2006 and was directed by Final Destination co-writer Glen Morgan. Interestingly, the remake was marketed as a Final Destination film in Japan, according to the IMDb trivia page, and seeing how Morgan starts the film with quick cuts of a fountain pen, a pair of scissors, and a corkscrew, he’s basically saying this girl wrapping presents can be killed by anything in this room. And she will be.

Subtlety goes out of the window with Morgan’s Black Christmas, and the subtext becomes text. An unknowable killer is not good enough for the remake because his motivations need to be made explicit. And it’s not enough for Billy Lenz to just be psycho, or even get a simple origin like Billy Chapman in Silent Night, Deadly Night, who watched his parents get killed by a robber, and then spent 10-years getting smacked into shape by nuns. This Billy, in this Black Christmas, has a multiple choice answer for why we has no yuletide cheer. Not only was he hated by his parents for his yellow-tinged skinned caused by a rare live disease, and not only did he witness his mother and her lover murder his father one Christmas, but years later Billy’s mother raped him when his stepfather seemingly suffers from alcohol-induced erectile dysfunction (which the movie put to the tune of “Carol of the Bells”, so thanks for that). Really, it would be more surprising if Billy hadn’t massacred his family, bludgeoned his mother with a rolling pin, and make cookies from her skin. If anything, it’s an under-reaction.

Several years later when Billy’s house becomes home to a sorority, the current occupants aren’t feeling the Spirit of Christmas either. The sorority sisters of the remake have ambivalent feelings about the holidays, and like their counterparts in 1974 they seem like they’re in no rush to get home for Christmas and see their families. In fact, one of the sisters only talks about using the holiday to reconcile with family in the most sarcastic of ways. “Sure I’ll bury the hatchet… in my sister’s head,” says Dana.

That’s not subtle, and while the original 1974 Black Christmas played its cards close to the chest – Why was Mrs. Mac such a lush? – there’s nothing low key about the remake. Melissa is a little obsessed with serial killers, Heather can barely hide her disdain for the other sisters, and Kelli doesn’t know that her boyfriend Kyle is making sex tapes with her friend Megan…without Megan’s consent. Let’s be honest, this sorority was cursed before the spree killer that once lived there decided to come home.

When taken on its own, the Black Christmas remake is just dopey fun, and more than a little obsessed with the grisliness of the murders. In this Black Christmas, it’s not just about the dread of the women being killed off one-by-one, but there’s the overly elaborate and exotic deaths of the characters including impaling by an icicle, stabbing by a garden fork, and more than one incident of eyeball eating. Things go as horribly wrong as they possibly can, like the worst of all family Christmases where everyone hates the mere mention of the holiday for the sheer emotional horror it invites.

No one is going to think that 2006’s Black Christmas is the superior of the two films, but in the midst of the horror remake-palooza that was the mid-2000s, at least Morgan had the insight to avoid the urge to carbon copy the work of Clark. In the process, you get two very different flavours of Black Christmas, one for the low key Christmas where you try to avoid making trouble, and one for the Christmas where you take all bets off the table. In any event, both movies do well to remind you that no matter how bad you think your Christmas is, you can always have a killer in the attic.

What do you think of each Black Christmas, individually? Has this franchise become the most holiday-observant series of horror films ever produced? Which is your fvourite Black Christmas? Let us know your thoughts on Twitter, in the Nightmare on Film Street Subreddit, and on Facebook in The Horror Movie Fiend Club!