While not the first cyborg eyeball to make its way into horror, the implant that I have in mind with this question comes from Tony D’Aquino’s 2019 survival horror debut The Furies. If you haven’t watched The Furies yet, our Big Science Question is already a bit of a spoiler.

Kayla (Airlie Dodds) gets abducted off the street one night and wakes up in a shiny coffin-sized box labelled “Beauty 6” in the middle of nowhere. She soon realizes that she’s been forced into a game: young women, labeled “Beauties” are the prey; masked men with weapons are the hunters, the “Beasts”. (As a complete aside: I love how the Beasts’ designs are clearly paying homage to recognizable franchise villains, from Leatherface to Jason Voorhees and beyond.) The “game” itself is a sort of battle royale with caveats. Neither side remembers exactly how they got there, although Kayla has a fragmented memory of a pre-game surgery that implanted her with a bionic eye.

The only reason why Kayla realizes that she has an implant at all is because she has epilepsy and the unusual electrical activity in her brain brought on by seizures glitches out the implant and connects her temporarily to other Beasts’ feeds. After she inadvertently kills another Beauty, Kayla gets the opportunity to confirm her suspicions by removing the other girl’s eye. Holding a mess of optic nerve and wiring in her palm, so many pieces fall into place: the implant serves triple-duty by allowing the game runners to monitor the Beauties and the Beasts through their perspectives, by acting as sensors that prevent the hosts from crossing game boundaries, and by offering first-person VR entertainment for game viewers willing to pay for a membership. The eye that Kayla holds in her hand doesn’t look fully artificial; rather, it looks like the surgery meant removing her real eye, adding the bionic technology to that eye, and then popping the eye back into its socket.

Could this tech exist (not that we necessarily want it to)? We can fit tiny cams into cell phones, light bulbs, and pens, so an eyeball isn’t much of a stretch…except for the fact that eyeballs are challenging organs to replicate. What makes these eye-cams extra interesting, though, isn’t just that they aren’t even slightly visible from the outside; it’s that — Kayla‘s rare glitch artifacts aside — the camera and wiring don’t interfere with the hosts’ vision at all. Considering that the technical components are tucked inside an eyeball and don’t seem to be affecting how light is entering the eye and reaching the retina at the back of the eyeball, something that would be impossible if the camera and sensors are actually hanging out inside the eye, the only possible explanation is that the implant is doing the eyeball’s work for it and providing a live feed into the brain.

“We can fit tiny cams into cell phones, light bulbs, and pens, so an eyeball isn’t much of a stretch…except for the fact that eyeballs are challenging organs to replicate.”

Up to this point in the real world, bionic vision is not nearly as finessed as the technology that we see in The Furies. In 2008, the first Argus II neurostimulation technology was implanted to treat a progressive vision loss condition called retinitis pigmentosa, where the rod receptor cells in the retina of the eye slowly degrade and lose their ability to respond to light. The implant is part of a larger setup that uses a pair of glasses rigged with a camera that records what the user might be seeing in front of them and sends that visual information to the implant using an external transmitter. The implant then transforms those pulses into electrical information to stimulate whatever retinal cells remain.

These cells can interpret this stimulation as visual information that can then be sent along the optic nerve to the visual processing areas of the brain. The images that people using this implant see need practice to interpret and are mostly limited to high contrast images (think something like a black cross on a white background). While full vision can’t be restored to people living with retinitis pigmentosa with this sort of technology, people using Argus II can gain some independence thanks to being able to perceive parts of their environment, such as being able to tell if a person is standing in front of them, or being able to detect doorways and windows in a room.

In 2017, French company Pixium Vision developed implants for people experiencing vision loss from age-related macular degeneration. The macula a central part of the retina that contains the highest resolution area of colour vision (known as the fovea). When it degenerates, vision becomes dull and blurry. Like the Argus II, part of Pixium’s PRIMA implant setup includes a camera-mounted set of glasses that records what’s in front of the viewer, simplifies the image using an attached computer, and transmits that image to the implant inside the eye, this time with a tiny projector on the glasses that pulse a near-infrared signal into the eye through the pupil. The pulses activate light-sensitive components on the implant buried behind the retina. I couldn’t find examples of just how much visual perception the PRIMA implant yields, it seems to work to help the person piece together the sections of their vision that have been lost to macular degeneration and more easily interpret what they’re seeing.

In terms of what the future of bionic vision holds: most recently in May 2020, a team at the Hong Kong University for Science and Technology have developed a biomimetic artificial eye, AKA a bionic eye implant called the Electrochemical Eye (or EC-Eye) that is shaped like a natural eyeball and can potentially be wired right into the optic nerve to create a contained system that doesn’t have to rely on external wires and power sources. An eye-shaped bionic eye might sound obvious, but in terms of creating this technology, the EC-eye might be a boon. Imitating a more natural shape for the artificial retina might mean progressing bionic vision to something with more acuity and detail than previous technologies. Implants shaped more similarly to a natural eyeball might receive light more similarly to a natural eyeball (compared to a flat sensor).

We’re still a long way from the complexity that we see in Kayla‘s eye implant. Hers can receive video from multiple feeds from some wireless means (based on the distance that the game covers, I’m guessing some sort of satellite signal); without even touching on the mystery that is how the implant records and transmits sound, it also interacts with the electronic fencing around the game area using some sort of radio or Bluetooth-like signalling; and perhaps most impressive, it sends visual information to the brain just as fast as her non-implant eye. While Kayla was sometimes disoriented by stress and panic, visual lag wasn’t a problem. A mismatch between her natural vision and the feed in her bionic eye would have meant experiencing something like motion sickness.

For now, we’ll just have to be excited about the baby steps that we’re taking in terms of restorative vision technologies that bring vision to people for whom glasses or contact lenses aren’t solutions. I’m personally looking forward to seeing how future EC-Eye trials work out, and if they mean that bionic vision is finally becoming more science than science fiction.

What features would you love to see in bionic eyes? Infrared vision? Laser blasters? Have a Big Science Question from horror that you’d like to see answered? Let us know over on Twitter, Reddit, and in the Horror Movie Fiend Club on Facebook! 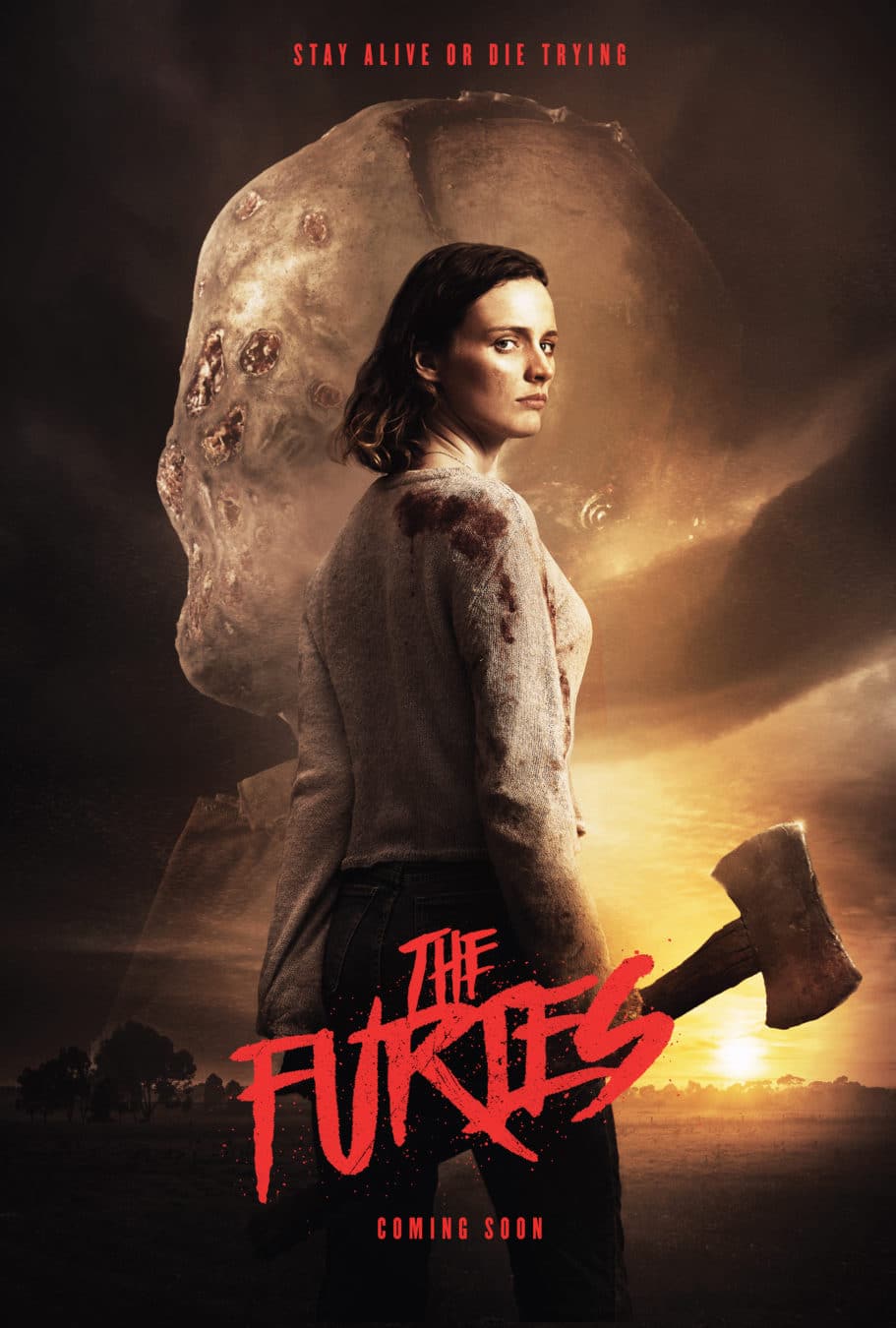