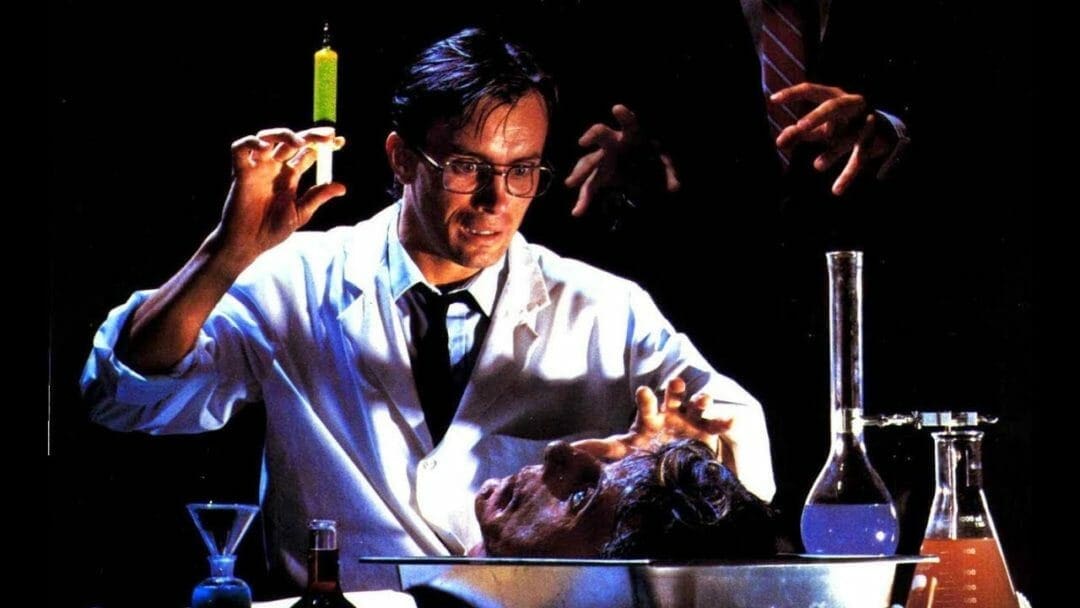 How does re-animation work in Re-Animator?

Re-Animator is a 1985 film directed by Stuart Gordon and adapted from H.P. Lovecraft’s novella Herbert West—Re-Animator. Herbert West (Jeffrey Combs) is a medical student hell-bent on perfecting a serum that can re-animate dead tissue. After arriving at Miskatonic University, he sets up a basement laboratory and begins testing his concoction on animals before escalating to experimenting on humans.

Disclaimer: I’m going to bring up some real and allegedly real examples of animal experimentation. The first thing that we notice about Herbert‘s reagent is that it is alarmingly green as if he’d hacked apart a glowstick and poured its contents into a syringe. The green glow looks great and mad scientist-y on-screen, but it might also have a purpose (that has nothing to do with bringing corpses back to life).

Fluorescent tracking is pretty common in experiments that involve tracking and monitoring the paths and presence of biomaterials. In this case, Herbert is probably using a fluorescent dye to track drug delivery. Especially if the serum is only active for a limited time, Herbert could use medical imaging to measure whether the serum is active within cells, or whether the serum is degrading and wearing off. They never really discuss whether the re-animated have to stick to a regiment of serum injections to stay “alive”, but in a director’s commentary for the film, director Stuart Gordon has said that the glow only lasts for about 45 minutes.

The glow might not be the key to reviving dead cells, but something in Herbert‘s serum has to be restoring the spark of life. The movie hand-waves the science of what’s happening, so I can’t guess at what’s inside the syringe. The serum would need to accomplish a few major things:

The Briefest History of Vitalism and Re-Animation

Re-animation is far from a new idea. Back in the late 1700s, many scientists believed in vitalism—that life stemmed from a sort of animal electricity or spirit-like spark. An iconic experiment from this era was performed in 1791 by Luigi Galvani when he ran an electrical current through disembodied frogs’ legs and observed them twitching as if alive. This was one of the experiments that inspired Mary Shelley’s Frankenstein.

From personal experience, as someone who had to deliver electric shocks to recently dead/brain dead frogs and measure electrical activity in their leg muscles for a grade in university…muscle twitches do not equal signs of life and those twitches degrade really fast the longer the tissue is dead.

“We often say that the brain can only survive for about six minutes without oxygen, but some experiments have claimed to have reclaimed brain cell functioning after a full half-hour without oxygen or blood circulation”

Fast-forward to 1940 and a little film titled “Experiments in the Revival of Organisms”. The film depicts experiments designed by Soviet scientists Sergei Brukhonenko and Boris Levinskovsky, in which they use a device called the autojektor, a heart-lung machine that filters, oxygenates and circulates blood through deceased tissues. The video claims to keep a decapitated dog’s head alive for hours. A lot of people have called bullshit on the film, and others have claimed that the head was kept alive for minutes, not hours. We can all agree that, despite the sensation it caused, the experiment is pretty gruesome.

These days, biotech companies are still looking at fresh ways to bring neural activity back to dead cells and to market these technologies. From stem cell therapies and laser procedures promising (unproven) repaired neural connections, to technologies meant to keep organs alive outside of the body for more successful transplantation, this area of research is huge.

“Dammit! It wasn’t quite fresh enough!” Herbert realizes that successful re-animation relies on practicing upon the freshest tissues possible. His serum doesn’t reverse rot or damage. It can’t stitch a disemboweled cat back together. But it isn’t just decomposition that poses the biggest challenge; the tiniest blood vessels in the brain and body, called capillaries, clot mere minutes after death. When I say tiny, I mean that some capillaries have such a small diameter that red blood cells can only pass through if they are traveling single-file. Herbert is delivering his serum via injection — good luck getting it to travel through capillaries are gunked up with clotted blood.

Thankfully, there’s a more effective method out there. At Yale University, a team of scientists have been experimenting with a process called perfusion. In terms of working with whole pigs’ brains, the process involves leveraging the brain’s existing system of blood vessels to deliver a hemoglobin-rich fluid to brain tissues shortly after death, allowing those tissues to be reoxygenated. We often say that the brain can only survive for about six minutes without oxygen, but some experiments have claimed to have reclaimed brain cell functioning after a full half-hour without oxygen or blood circulation; this experiment uses brains that have been dead for up to four hours already. Once perfused, these revived whole brains have been kept alive for up to 36 hours. (The original research article in Nature costs 10$ to read, but The New York Times Magazine did a great interview with scientist Nenad Sestan if you want to take a closer look at the experiment.)

“At Yale University, a team of scientists have been experimenting with a process called perfusion […] Once perfused, these revived whole brains have been kept alive for up to 36 hours.”

Before you start picturing sentient brains in jars or frenzied Re-Animator-style monstrosities, know that Sestan’s team has not reported consciousness in their revived brains (in fact, they’re actively safeguarding against it, given the ethical can of worms it opens). Rather, they have been measuring flat brainwaves akin to a deep comatose state. According to Steve Hyman, director of psychiatric research at the Broad Institute in Cambridge, Massachusetts transplanting these revived brains into new bodies is “not remotely possible.”

Speaking of ethics: how dead is dead enough? The definition of death is, well, squishy, at best. It varies from country to country; in Japan, legal death comes with a person’s final breath, while in America, it follows the cessation of measurable brain activity. But even in America, the definition of brain death is constantly changing as we continue to understand more about how the brain works. Before the perfusion experiments, we assumed that the loss of neural activity after death was irreversible. If we can get past the hurdles of cell damage, et cetera, that are preventing the return of consciousness, should we be bringing dead brains back? Would we be transgressing borders of life and death for medical benefit, or would we just be pulling a Herbert West, flouting death just because we can?

How would you bring the dead back to life? Let us know on Facebook, Reddit, and Twitter pages. And for all your horror movie news, reviews, and interviews, keep lurking at Nightmare on Film Street. 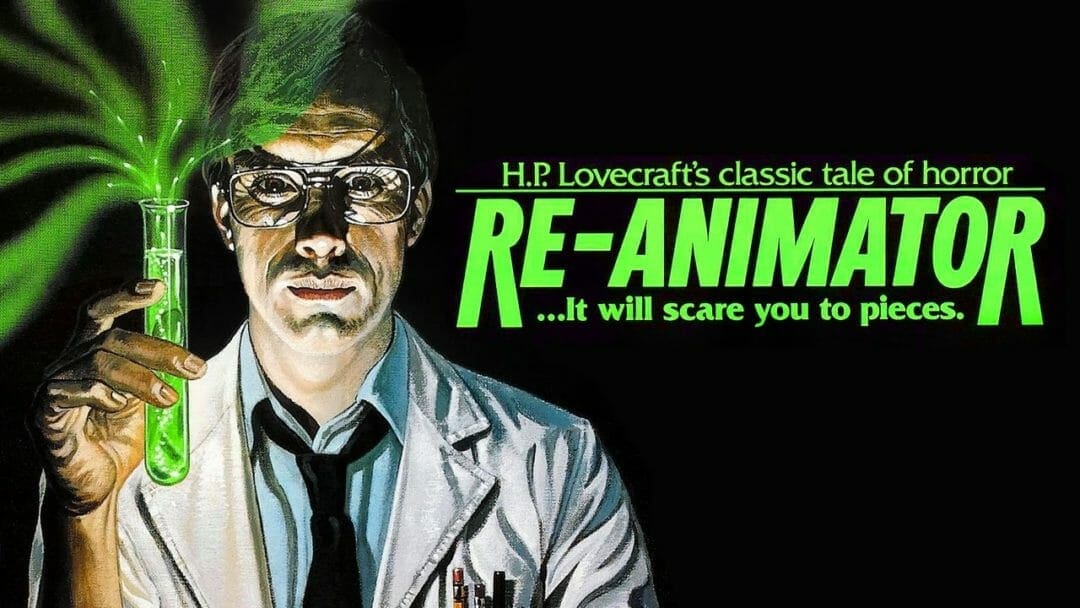