[Science of the Scare] Can Science Explain Ghostly Presences?

Why does it sometimes feel like there’s someone (or something) standing right behind you?

It’s a staple to any horror that features a haunting: a character is walking alone down the hallway of a haunted house and they stop because they can just feel that they may not be alone after all. If a movie’s feeling extra about how ghosts manifest, maybe the temperature will suddenly drop and the character’s breath will turn to fog condensing in the cold; maybe there will be an extreme close-up of the tiny vellus hairs standing up on the back of their neck, or of their pupils dilating. If you’ve had this feeling yourself in real-life, it probably felt more like a very specific flavour of the heebie-jeebies. It’s that feeling that someone or something is standing next to you, watching you from just outside your field of vision. You’ve got no other proof that ghosts are real, let alone following you around, so what’s the deal?

Confession time: I usually try to avoid discussion science topics that try to explain paranormal-esque experiences. Not because it isn’t interesting to use our current understanding of how the world works to try to explain what seems to be unexplainable, but because if you’re not careful, you can easily tip into the realm of pseudoscience and I don’t truck with pseudoscience. Probably the most popular hunter for a neuropsychological cause for what we’re going to call “sensed presence” was psychologist Dr. Michael Persinger. His claim to fame (or notoriety) was in suggesting that hauntings could be replicated by applying and manipulating weak complex magnetic fields to the brain (specifically targeting the right temporal lobe) while in an otherwise dark and quiet room. If you are familiar with the lobes of the brain and what they do, you’ll remember that the temporal lobes are the parts of the brain responsible for receiving and processing sound, but the temporal lobe is also home to many deeper, well-connected structures that have major roles in memory, emotional processes, and spatial awareness. It’s these deeper structures that were of particular interest to Persinger. He and his colleagues constructed a helmet, officially dubbed the Koren helmet but more often referred to as the “God Helmet”, which would experimentally apply these magnetic fields to people’s brains to try and stimulate a sensed presence. Reportedly, for those who sensed something while wearing the helmet, how you interpret that sensed presence is largely based on your personal baggage. If you believe in paranormal experiences, you might describe the sensed presence as a ghost or an alien being. If you’re of a more religious bent, you might equate the presence with God. If you’re a dyed-in-the-wool skeptic, you might experience the presence as something else completely, like maybe something akin to feeling like there’s a copy of yourself standing next to you.

Or maybe you’ll sit there with the helmet on and feel nothing weird —a good number of experiment participants who didn’t experience a sensed presence apparently took a nap. Most of the detractors of Persinger’s work cite that these experiences could be chalked up to good ol’ suggestibility. Like with hypnosis, people can be made to experience certain phenomena if they are primed in the right way, and some people might just be more susceptible to being primed for a sensed presence than others. If you’re the kind of person who feels in your spine that a possessed Toni Colette is definitely lurking in the dark ceiling corner of your room behind you because you just finished watching Hereditary (2018) then you might be the kind of person who is more likely pick up on a strange sensation while wearing a Koren helmet. Persinger’s research also extends to magnetic fields generated naturally or by technology. He suggests that changes in geomagnetic activity, or interacting with something as simple as an alarm clock that puts off the right kind of electromagnetic fields might have the potential to trigger not-so-paranormal hauntings.

Fun fact: Dr. Persinger was my undergraduate human neuropsychology professor. I never had the opportunity to try the Koren helmet, so I don’t have any cool helmet-induced sensed presence stories to tell. Mostly, I left his classes with a strong sense of how the brain works and an inventory of tasteless jokes I will never use. But while I haven’t tried the helmet, it has been famously tested by skeptics like Richard Dawkins and science writers like Mary Roach, who both wrote that their experiences were lackluster and less-than-ghostly.

“[…] something as simple as an alarm clock that puts off the right kind of electromagnetic fields might have the potential to trigger not-so-paranormal hauntings.”

Experiments like Persinger’s aren’t the only that have been implicated in ghost experiences. One famous case was of an engineering designer, Vic Tandy, who not only felt uneasy, but saw ghostly grey apparitions in the lab where he worked. In this very specific case, it turned out that an extractor fan in his workplace was vibrating at close enough to the resonant frequency of his eyeballs to vibrate and deform his vision. That fact, combined with how the shape of the lab bounced the near-infrasound waves around, created a perfect storm for experiencing “ghosts”.

What do you think? Is a sensed presence just a quirk of suggestibility? Is it magnetic fields? Is it g-g-g-ghosts? Have a Big Science Question from horror that you’d like to see answered? Let us know over on Twitter, Reddit, and in the Horror Movie Fiend Club on Facebook! 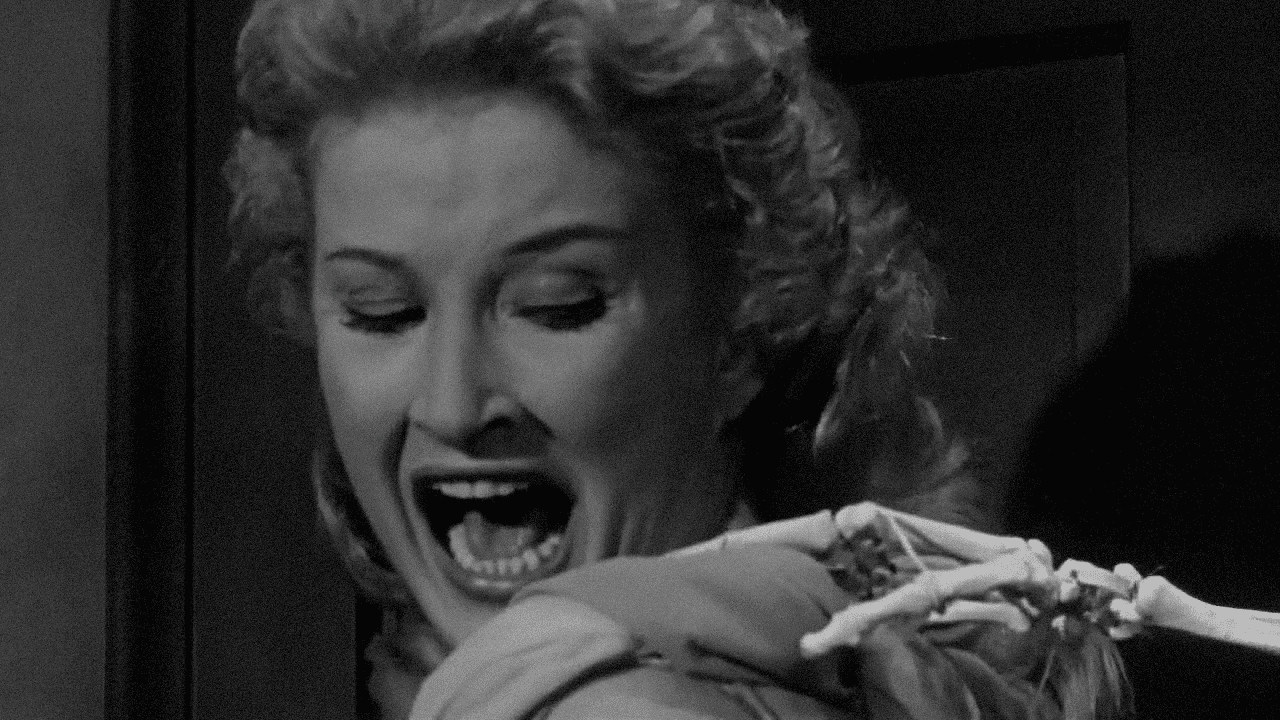