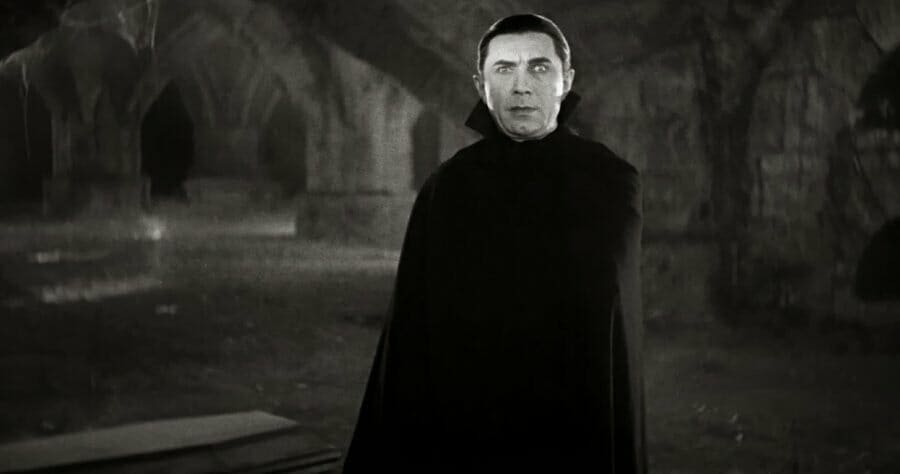 Welcome to Silver Screams! Every month, I’ll guide you through a look at a classic old Hollywood horror film or hidden gem. We’ll explore its history and juicy behind-the-scenes secrets, as well as its legacy and influence on modern horror. To celebrate the Halloween season, we’ll take a look at the classic that kicked off Universal Horror in earnest, Dracula (1931).

Horror for a New Age

Four years after talkies drained the life from the silent film era, a nightmare in shadow and sound emerged. Dracula (1931) was the first sound horror film and the first giant of Universal Studios’ monster movie empire. The most famous film adaptation of Bram Stoker’s genre-defining 1897 novel, Dracula is also a fascinating look at the evolution of horror filmmaking.

Universal Studios conceived of Dracula in the wake of its massive success with high-budget, Gothic features like The Hunchback of Notre Dame (1923) and The Phantom of the Opera (1925).

Years earlier, Bram Stoker’s novel had received its first, unauthorized adaptation. Nosferatu (1922) was a striking vision of silent horror — and a target of litigation. A successful copyright infringement suit by Bram Stoker’s widow ordered all prints of the film destroyed. (Thankfully for modern horror fans, this order wasn’t consistently followed, and the film survived.)

After Nosferatu‘s fall, Universal’s Carl Laemmle Jr. took the opportunity to pursue an authorized adaptation of Stoker’s horror hit. And because Nosferatu had no legal leg to stand on, Universal was free to borrow liberally from the 1922 film’s unique aesthetic. All’s fair in love and Old Hollywood.

After gaining the rights to the first authorized Dracula adaptation, Laemmle and Universal embarked on another first. Their next production would be the first sound horror film — ever. Finding a Vampire for the Ages

Laemmle’s initial vision of a high budget Dracula eventually fell to a more cost-effective reality. The Great Depression hit Universal hard, and the struggling studio could no longer finance the sumptuous epics it produced during the silent era. Instead, a hit 1924 theater adaptation of Dracula would serve as a budget-friendly blueprint for the film.

Hamilton Deane wrote the play in 1924, which was then revised in 1927 by John L. Balderston. In the script, Laemmle saw the perfect outline for a streamlined, cost-effective Dracula. After all, theater audiences had no issue with the production’s cuts to the novel’s sweeping plot. The play was a massive hit on Broadway and successfully toured nationwide.

The New York and touring the productions starred Hungarian actor Bela Lugosi in his first English-speaking role. While the enigmatic star was a huge hit with theater critics, Lugosi was not the studio’s top choice to helm Hollywood’s Dracula. He was just too obscure for American audiences, despite his stage success. Universal wanted star power to fuel their risky talkie horror.

But Lugosi — a refugee who escaped the Hungarian revolution of 1919, crawled his way up from dock work to Hungarian immigrant stock theater, and finally to Broadway stardom — did not give up so easily. He lobbied hard for the role, finally cementing it when he agreed to a shoestring salary of only $500 a week. Budget-conscious Universal couldn’t pass up a deal, and a future horror icon got a chance to prove his star power.

With Lugosi cast and a script that combined the best ideas of Nosferatu and the Dean/Balderson play, filming was underway. The Road to a Classic

The challenges of sound filmmaking plagued the production, leading to a perpetual state of controlled chaos. Director Tod Browning was well established in silent film, but sound was an entirely different story. Overwhelmed, Browning passed most of his directorial duties on to his cinematographer, Karl Freund. Freund’s grand visual style is mostly to thank for the dreamlike power of the ’31 Dracula. But we shouldn’t let Browning’s delegating distract from his talent and contribution. Browning had a knack for horror storytelling, demonstrated by his incredible work on Freaks (1932), a horror film that still maintains its power to shock.

Whether or not we can thank Browning, Freund, or a combination of the two, Dracula’s atmosphere and visual power are second only to Lugosi’s performance in contributing to the film’s lasting impact. From the jagged Transylvanian peaks of the opening, one of the many gorgeous matte paintings seen throughout the film, to the bizarrely creepy emergence of Dracula and his brides from their coffins — the film drips with foggy, gothic atmosphere from the start.

“..[Dracula] drips with foggy, gothic atmosphere from the start.”

The Sound of Silence

Dracula’s many wordless, visually driven sequences are all the more unnerving for their oppressive silence. Dracula is notable for having no musical score to accompany its 85-minute runtime. In the early sound era, filmmakers were unsure how to approach film music. Silent films were always accompanied by live music, whether piano, pipe organ, or a full orchestra in the grandest movie houses. But many filmmakers thought that audiences would be confused by music on a talkie’s soundtrack. The idea was that viewers would require an onscreen explanation for all the sounds they hear. As a result, the only music we hear in the film is a fragment of Swan Lake during the opening ceremonies credits, and a small bit of Wagner played during a scene in a London theater.

To a modern audience, the lack of music in Dracula is strange and often extremely creepy. When the vampires awaken in the early scenes, when the brides of Dracula stalk Renfield, when poor Lucy succumbs to the vampiric kiss — all we hear are the sounds of wolves howling or wind blowing. It forces us into an uneasy state as if we were witnessing the horrific events of the film ourselves.


Within only a few years of 1931, full music scores would be the norm in cinema. But Dracula (and Frankenstein, also released in ’31) stand as fascinating artifacts. They are glimpses into a brief time when horror didn’t rely on music to build tension, or on a jump chord to shock.

Music lovers who want more have another option. In 1998, renowned composer Phillip Glass composed an original score for Dracula. The score is available as an option on DVD and Blu-ray releases of the film. It’s haunting and beautiful, and it transforms Dracula into a totally different, equally stunning work of art. The music lends a momentum to the film that the music-free version lacks. It has an urgent quality that puts the viewer in the position of empathizing with Dracula’s bloodlust, and it turns the dialogue-free scenes into incredible musical sequences. Each version has its own merits, and whichever you choose depends on your individual horror taste. But I highly recommend giving both a watch. If anything, a comparison of the two is a great example of the transformative power of film music. Beyond the visual impact of Dracula, the ultimate reason for the film’s legacy lies in Bela Lugosi’s turn as the titular vampire. Lugosi was the first to embody a seductive, poised and aristocratic vampire onscreen, and his portrayal would go on to influence the popular image of a vampire to this day.

Nosferatu’s Count Orlok was feral and inhuman, more rat-like than classy. In the original novel, Count Dracula was somewhere in between. He was able to play the role of an aristocrat when needed, but he was also repulsive and corpse-like.

By leaning into the romantic side of the vampire myth, Lugosi defined the cultural norm of the monster. His portrayal even influenced the marketing of the film. Dracula was released on Valentine’s Day in 1931, with the tagline “The story of the strangest passion the world has ever known!” The studio played up the seductive side of the vampire mythos, with Lugosi at the center. His portrayal was instrumental in catapulting him to horror stardom. Likewise, it would also limit him and his career in a way that didn’t occur with his Universal horror counterpart, Boris Karloff. But Lugosi’s future was still on the horizon when he and Universal enjoyed the smashing success of Dracula. The film was a hit; Universal’s biggest box office success of the year. The studio had taken a great risk with the film. Straight horror had not been a dominant Hollywood genre, with prior spooky films often having a strong comedy or spectacle angle to counterbalance the scares. But with the success of Dracula, Universal saw that horror had serious box office legs.

Late in 1931, universal released Frankenstein to strong box office and critical acclaim. The studio had found the niche that would carry it through the Great Depression and beyond. Horror had found its home in Hollywood, and it all began with Dracula.

This Halloween, celebrate the film that started a horror era. Settle in with some hot cider, wolf’s bane, maybe even a little wine, and enjoy a feast of spooky aesthetics and a powerful horror legacy, with Dracula.