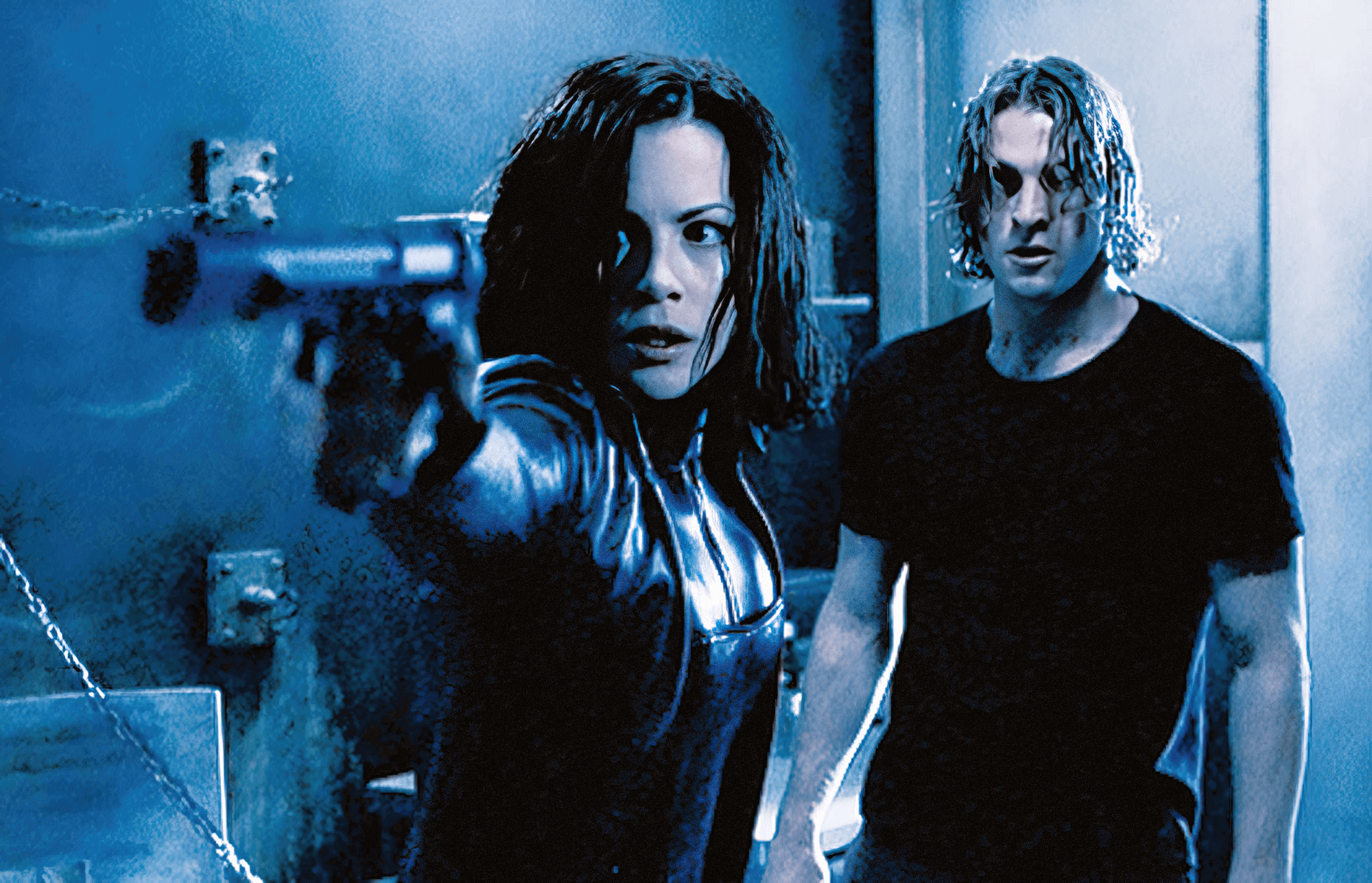 Shakespeare’s most problematic love story lends itself well to horror. And why shouldn’t it? After all, the tale is built around forbidden love, bad decisions, and death. It isn’t hard to bring blend genre in with those elements.

Not all of the movies on this list are straight-up Romeo and Juliet, but they all borrow familiar elements that we can recognize from Shakespeare’s centuries-old tragic tale of young lovers facing backlash from all sides. True to tragedy, a lot of them don’t end well for the ones who are doomed to fall in love. 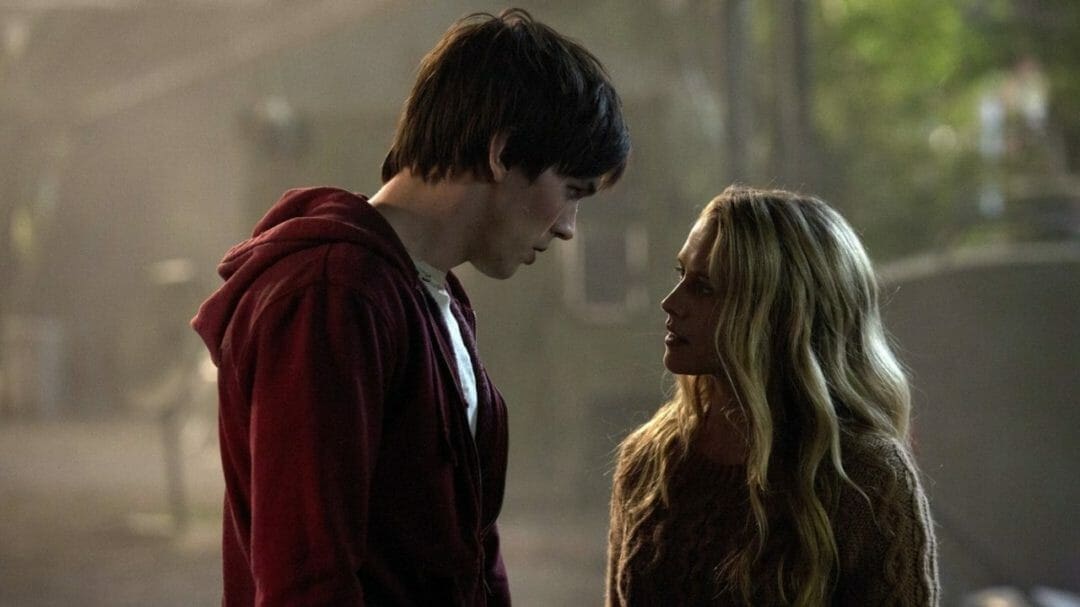 I couldn’t live with myself if I forgot to put Warm Bodies on this list because it is literally an adaptation of Romeo and Juliet set against the background of a zombie apocalypse. R (Nicholas Holt) is a self-aware zombie who finds himself infatuated with living, breathing human Julie (Teresa Palmer). His journey is one of trying to find his humanity to confess and express his love to Julie while she and her pals are trying to survive in a zombie-infested world. Like most teen movies that borrow from the Bard, Warm Bodies doesn’t bother to pretend that it isn’t an adaptation of Romeo and Juliet, going as far as to only thinly disguise characters’ names, not to mention including an homage to the iconic balcony scene from the play. If you like your Shakespearean romantic tragedies to have more schlock, then look no further than Lloyd Kaufman’s Troma take on Romeo and Juliet. If you’re not familiar, Troma (the same studio that gave us The Toxic Avenger, 1984) movies are basically shock-exploitation B-movies. I haven’t personally seen this one, but if irreverent raunch and gore are your jam, Letterboxd reviews position this adaptation favorably.

Selene (Kate Beckinsale) is a vampire Death Dealer, whose life centers around hunting down Lycans (werewolves). She finds herself falling for Michael (Scott Speedman), a human who has been targeted by her werewolf enemies. When Michael ends up bitten by a Lycan, Selene‘s love interest by default becomes an enemy of her clan, and loving him would be an act of betrayal. Bram Stoker’s Dracula is an adaptation double-whammy, taking on both Dracula and elements of Romeo and Juliet. Vlad Dracula (Gary Oldman)’s first romance with his beloved Elisabeta (Winona Ryder) ended in a very star-crossed fashion, with Elisabeta dying by suicide when she believes that Dracula has been killed. Over 400 years later, Dracula decides he might as well take a second stab at love when he meets his lover’s reincarnation Mina Harker (also Winona Ryder). Once Mina starts to recover memories of her past life, she and Dracula seem to be set on a renewed path to tragedy. Katja von Garnier’s Blood and Chocolate is Underworld sans vampires. Vivian (Agnes Bruckner) is a young werewolf (called loup-garoux in a sort of faux-French translation for “werewolf”) who was left orphaned when human hunters killed her parents and siblings. A local werewolf pack leader Gabriel (Olivier Martinez) wants Vivian as his mate, since prophecy places her as a leader of a new age for loup-garoux, but Vivian only has eyes for human Aiden (Hugh Dancy). Their relationship raises hackles and the pack sees Vivian and Aiden‘s romance as a threat. This movie isn’t great, but it’s a fun entry into the werewolf romance sub-genre.

Elisa (Sally Hawkins) is a mute cleaning staff at government laboratory. The amphibian man known as The Asset (Doug Jones) is a high-security test subject. Their story is the ultimate meet-cute. Human-hybrid romance aside, Elisa and The Asset‘s relationship is forbidden by virtue of the latter being a secret captive of the U.S. Army, meant to be vivisected and used as a tool to give the United States an edge in the Space Race of the 1960s. Neither the world nor Elisa‘s employers are ready for their love. Fritz Lang’s silver screen classic Metropolis gives us star-crossed love across social ranks. Freder (Gustav Fröhlich) is a rich boy used to whiling his time away in pleasure gardens, while Maria (Brigitte Helm) is working class, from the underground levels that operate the city. Freder‘s infatuation for Maria pops his bubble of oblivion and he unwittingly sets his upper-class peers into action to use Maria as a tool for oppression, to kill Freder, and to take over Metropolis. Colonel John Reynolds (Kent McCord) makes it clear from the beginning that he does not approve of his son Curt (J. Trevor Edmond)’s girlfriend Julie (Melinda Clarke). After Curt and Julie try to run away together and Julie is thrown from a motorcycle and killed, Curt brings her body to the military base where his father performs experiments with 2-4-5 Trioxin gas to reanimate corpses. Even zombified, Julie still has Curt‘s heart, and he’ll walk through fire to make sure that he doesn’t abandon her. Everyone, living and dead, wants to prevent Edith (Mia Wasikowska) and Thomas (Tom Hiddleston) from falling in love. Edith‘s mother visits her from beyond the grave to advise her daughter to “Beware the Crimson Peak”; Edith‘s childhood friend Alan (Charlie Hunnam) disapproves (he’s a sort of Tybalt figure, in Romeo and Juliet terms) and her father tries to pay Thomas off so he’ll go away; Thomas‘s own sister Lucille (Jessica Chastain) is against any real love between Thomas and Edith that might threaten her own forbidden romance with her brother, and the ghosts of Crimson Peak send omen after omen. So much of Thomas and Edith‘s tragic romance feels fated, just as much as the tragic part could have been prevented at so many turns if only Thomas and Edith hadn’t been so determined to fall in love. The eponymous Candyman (Tony Todd) wouldn’t exist if it weren’t for a forbidden love affair. The vengeful ghost that can be called to kill if his name is repeated in front of a mirror was once 19th-century portrait artist Daniel Robitaille, who was tortured and killed after being caught in an interracial love affair with a white woman that he was painting. I’m looking forward to seeing how Candyman‘s story continues when Tony Todd returns to this role this year.