Colorado’s longest-running horror film festival, The Telluride Horror Show, is back this October! They’re known for featuring a big variety of horror films and this year’s crop is looking great. Learn more about them here and read below to get the scoop on their batch of movies. Watch for additional updates and details as they plan to have over 20 feature films and 50 shorts!

The screeching strings, the plunging knife, the slow zoom out from a lifeless eyeball – in 1960, Alfred Hitchcock’s “Psycho” changed film history forever with its taboo-shattering shower scene. With 78 camera set-ups and 52 edits over the course of 3 minutes, “Psycho” redefined screen violence, set the stage for decades of slasher films to come, and introduced a new element of danger to the movie-going experience. Aided by a roster of filmmakers, critics, and fans – including Guillermo del Toro, Bret Easton Ellis, Jamie Lee Curtis, Eli Roth, and Peter Bogdanovich – director Alexandre O. Philippe pulls back the curtain on the making and influence of this cinematic game changer, breaking it down frame by frame and unpacking Hitchcock’s dense web of allusions and double meanings. The result is an enthralling piece of cinematic detective work that’s nirvana for film and horror buffs. Check out the trailer here.

The year is 1976 and two young journalists leave for the French-Swiss border. Their goal: to investigate a strange case of cattle mutilations and record testimonies for a TV channel. But when they get there, they discover the scientific team they were supposed to meet has gone missing. Check out the trailer here.

“Creep 2” stars Desiree Akhavan as Sara, a video artist whose primary focus is creating intimacy with lonely men. After finding an ad online for “video work” she thinks she may have found the subject of her dreams. She drives to a remote house in the forest and meets a man claiming to be a serial killer (Mark Duplass). Unable to resist the chance to create a truly shocking piece of art, she agrees to spend the day with him. However, as the day goes on, she discovers she may have dug herself into a hole she can’t escape.

When the one-hit-wonder glam-metal band Sonic Grave embarks on a trip to Coachella in hopes of a comeback, their peyote trip pit stop in Joshua Tree incites an unworldly viscous attack, and they must rock themselves out of harm’s way. Check out the trailer here.

For six college students carpooling cross-country, a seemingly mundane blow-out is the beginning of a grueling fight for survival in this cat-and-mouse gore-packed thriller from Ryuhei Kitamura, the director behind such cult hits as “Versus” and “The Midnight Meat Train”. Check out the trailer here.

An unwitting Essex boy’s promise of a night of passion with a ravishing cougar goes awry when he finds himself caught in the crossfire between a coven of bloodthirsty vampires and a heavily armed band of mercenaries at a remote farmhouse. Check out the trailer here.

Two aspiring filmmakers document the mishaps of their first feature film with the guidance of their eccentric lead actor. Check out a short teaser here.

On a snowy night, a young Holly watches in horror as her mother murders her sister and father. Twenty years later, Holly is slowly losing her grip on reality, the nightmares of her past invading her waking moments.  When a renowned psychic takes interest in Holly, the line between her reality and her nightmares grows even thinner. Check out the trailer here.

An enthusiastic young adventurer (Daniel Radcliffe) follows his dreams into the Amazon jungle with two friends and a guide with a mysterious past. Their journey quickly turns into a terrifying ordeal as the darkest elements of human nature and the deadliest threats of the wilderness lead to an all-out fight for survival. Check out the trailer here.

A dangerous virus, one that prevents the infected from controlling their inhibitions, is discovered in a corporate law building. And it happens to be the very same firm that recently cleared an infected man on murder charges. When a quarantine is issued and the building goes on lockdown, all hell breaks loose inside, while a disgruntled employee (Steven Yeun) and an irate client (Samara Weaving) must fight, and even kill, their way to the top to “have a word” with the corrupt executives who wronged them. Check out the trailer here.

Following their acclaimed debut “Resolution” and their follow-up, the Lovecraftian modern cult classic “Spring”, writer/directors Aaron Moorhead and Justin Benson star as brothers who receive a mysterious message inspiring them to pay a visit to the cult they escaped as children. As unsettling events and phenomena begin to occur, the brothers are forced to question whether the cult’s supernatural beliefs might not be entirely made up – and if, now that they’ve returned, they’ll be allowed to leave again. Check out the trailer here.

The Whip and the Body

A sadistic nobleman terrorizes his family, but the relief that the family members feel upon his death is short-lived when his ghost continues the reign of terror. Bava’s legendary gothic horror film will be presented in beautiful 35MM Technicolor. Check out the trailer here.

Relive the glory days of the Saturday Matinee with “Trailers From Hell”, a vintage collection of outrageous horror movie trailers! Back when creature features, B movies, low budget sci-ii, and schlock terrorized audiences at main street movie theaters, there was one rule of thumb: the worse the movie, the more ridiculous the trailer. From vampire lovers to orgies of the living dead, giant claws to tinglers, slime people, spider islands, sun demons, horror chambers and houses, incredibly strange creatures and critters, monsters from mars, brides of beasts, screams, fears, terrors, and a curse or two, this special edition of “Trailers From Hell” promises to take you back in time for a hilarious celebration of horror’s crazy cinematic past. All in glorious 35MM! Print courtesy of the Joe Dante & Jon Davison Collection at the Academy Film Archive. Visit the Trailers From Hell website for more information.

In the final days of the First World War a shell-shocked soldier must lead a mission deep beneath the trenches to stop a German plot that could turn the tide of the war. Check out the trailer here.

Set a decade after the events of the series’ first three films, “Victor Crowley” reunites Hatchet mainstays Kane Hodder and Parry Shen for an all-new, horrifying journey into the haunted, blood-drenched bayou.

In 2007, 49 people were brutally torn to pieces in Louisiana’s Honey Island Swamp. Over the past decade, lone survivor Andrew Yong’s claims that local legend Victor Crowley was responsible for the horrific massacre have been met with great controversy, but when a twist of fate puts him back at the scene of the tragedy, Crowley is mistakenly resurrected and Yong must face the bloodthirsty ghost from his past. Check out the trailer here.

What the Waters Left Behind

Epecuén was one of the most popular tourist towns in Argentina. In 1985, the sea broke through the protecting embankment and the town was completely submerged under salt water and disappeared. Thirty years later, the waters receded and the ruins of Epecuén emerged, exposing a bleak and deserted landscape. The residents never returned. A group of young people journey to the ruins to film a documentary. Ignoring the warnings, they find themselves stranded in the abandoned town, and soon realize they’re not alone. Check out the trailer here. 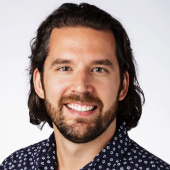 I'm a horror fiend and travel fanatic, excited to be bringing you tales of both! Real life grounds me in St. Paul, MN, but horror life takes me pretty much anywhere (though hopefully not to any clown-infested sewers or demon-possessed bedrooms). Check out my horror and travel blogs on Wordpress! Like what you read from me? Hate it? Let me know!