We Meat Again: 44 Years of THE TEXAS CHAINSAW MASSACRE How can a horror film with little blood and largely only implied violence be widely considered the most brutal film of all time? Sometimes, it’s all about what you don’t see.

With 6 films that followed after it, Tobe Hooper’s groundbreaking The Texas Chainsaw Massacre (1974) opens with a group of friends traveling across Texas after Sally and her brother Franklin get word that their grandfather’s grave has been vandalized. Along the way they stop and to see his old farmhouse house, it is here they are met with the crazed cannibals living next door.

The grueling filming process for The Texas Chainsaw Massacre was shot entirely in central Texas on a budget of just under $300,000. Filming stretched from morning until late in the night with a cast of unknown actors. In the summer of 1973, beginner director Tobe Hooper—who passed away on August 26, 2017 at the age of 74—set out into the Central Texas with an ambitious cast & crew by his side. Enduring intense temperatures, real dead animals as props, on-set injuries, and a minute budget, they produced one of the most horrifying motion pictures ever made.

The production was not without hiccups, however. By the MPAA standard at the time, The Texas Chainsaw Massacre was notoriously deemed by the board as grotesquely violent, and no studio would want to go near it. Unlike today, violence in film was not seen as a good move or a cash grab. After a long revision period, costing tens of thousands of dollars more, it was eventually purchased by Bryanston Pictures for U.S. distribution. However, even with extensive concessions to the onscreen violence, The Texas Chainsaw Massacre still held a strict R Rating, limiting it’s theatrical distribution.

For its time, The Texas Chainsaw Massacre introduced groundbreaking elements that had never been carried out in previous horror films. The marketing, movie posters and advertised stills, all claimed that the film was based on true events to appeal to a wider audience. This is somewhat misleading but Leatherface is loosely based on Plainfield killer Ed Gein, which was a novel concept at the time. Now, you can’t swing a slaughterhouse hammer without hitting an Gein-inspired film- the most notable being Alfred Hitchcock’s Psycho (1960) and Jonathan Demme’s Silence of the Lambs (1991). Leatherface, the skin-wearing, chainsaw-wielding lunatic who would go down in history as one of horror cinema’s greatest villains, is truly only the hulk and muscle of the evil. Intellectually disabled, Leatherface revered his older brother Drayton, his psychical strength serving essentially as a puppet for the family’s evil deeds. As the main antagonist of the film, he waits in the basement of the family home wearing a mask made of flesh until his skills are needed. Leatherface is controlled by his family, slightly afraid of them, and will do anything they ask.

Each member of the Sawyer’s play a specific role in the family “business”. In The Texas Chainsaw Massacre, the family cook, and eldest brother Drayton runs the gas station and BBQ joint rightfully named “We Slaughter Barbecue”. Drayton says later he doesn’t take pleasure in killing, and instead has his younger brother Bubba (aka Leatherface) take care of that nasty bit of business for him. Nubbins works as a hitchhiker to lure and mark potential victims. Grandpa, the former family butcher, appears to be a corpse at first but when Sally’s finger is cut and Grandpa licks the blood, he is shown to be (sorta) alive. In 2018 it’s easy to pick up the messages of vegetarianism and animal rights the film was trying to portray. Like a cow, Kirk is hit in the head with a sledgehammer, and as though she were a pig carcass, Pam is hung on a meat hook and crammed into a storage freezer. Franklin announces when passing in the van, that they’re coming up on the old slaughterhouse. “You see that building there,” he says pointing, “that’s where they kill ‘em. They bash ‘em in the head with a big sledgehammer.” The camera then eerily gives the audience a view the group would not be able to see from their van—a close-up of the head of one of the cows in the slaughterhouse.

As being kicked out of the van, Nubbins purposely cuts his hand with a knife and runs after the moving van and wipes his blood on the side. As a midwest native, this is a tactic commonly used by farmers to mark livestock. It is a farming practice to make markings or branding on animals as a form of ownership or identification.

The Texas Chainsaw Massacre also has some of the most iconic imagery in cinema history. While many people would view a low budget as a hindrance, the look that low budget gives the film is so perfectly effective. The film is also not afraid to really let a scene playout. Following our leading lady Sally towards the house, Leatherface waving around the chainsaw- any time the film lingers, it’s absolutely intentional. You’re ether left in the comfort of a clam, beautiful Texas afternoon, or you’re forced to stare at a horror longer than you would have ever wanted.

And nothing shocks you more than that jarring sound design! The slamming of the steel door, the use of a camera flash in the opening scenes- All terrifying. Hooper used grating, grinding, stressful sounds to strike the audience with a constant pouring of noise to fill in the blanks in what they couldn’t actually show. With this brilliant move, leaving more to your imagination, audience actually believe they were seeing more than what was really presented to them, and made their film scarier than ever would have been with a multi million dollar budget. Imagination is one of the most powerful tools a filmmaker can utilize. Many people see film as a largely visual art form and believe they have to show everything in order for it to be effective. However, a truly impactful film incorporates all elements that contribute to the overall vision and sound is a subtle yet incredibly important factor. The Texas Chainsaw Massacre encapsulated a powerful time and feeling that swept across the nation, grossing nearly $40 million at the time. It remain one of the most respected, and scariest films of all time, not only because of it’s gritty gore, but because it perfectly captures the anger and fear an entire generation. The Texas Chainsaw Massacre gave priceless contributions to the horror genre, and for that we are forever grateful.

What do you think about The Texas Chainsaw Massacre? Does it deserve the all the admiration? Let us know over on our Facebook Group or on our Twitter! 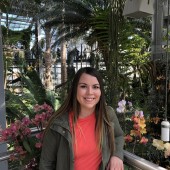