I don’t think there’s a sadder way to learn about The Rocky Horror Picture Show than through Glee. I hadn’t even a vague idea of the musical before “The Rocky Horror Glee Show” aired in 2010. As with many a Glee storyline, the episode follows a sad Will Schuester (Matthew Morrison) as he sets up a wildly inappropriate high school production of the cult classic in order to lure his love interest away from her then-boyfriend. It’s a messy, convoluted episode which, like most Glee episodes that center on a particular artist or property, didn’t seem to have much of a reason for the selection of said artist or property––besides their popularity and presumed recognizability, of course. Being a teen in the late aughts and 2010s means that so much of the texts you will end up loving will first appear to you as an impression of the original thing, a manifestation of its afterlife. This was how I engaged with The Rocky Horror Picture Show for years. The most notable stop after Glee was The Perks of Being a Wallflower, where the musical and its ritualistic shadow casting were depicted as something quirky the cool kids did after school. There was a suburban edginess to the characters’ relationship with the musical. Like most of the white kids I’d meet in college who adored The Rocky Horror Picture Show, these ones found it a safe avenue for transgression. Perhaps nothing can better blur the line between performance and reality––between “dreaming it” and “being it”–– than the semi-darkness of a shadow cast screening, where the corsets and stockings of the performers needn’t definitively say anything about their identities.

More than anything else, I return to The Rocky Horror Picture Show time and time again because I am obsessed with how films live on with us––or rather, how we keep them alive. When we speak of the reanimation of cinema: could any metaphor be more on the nose for The Rocky Horror Picture Show, a film that is literally reperformed year after year around the world? But it’s not enough to talk about the shadow casts and the cosplay and the never-ending midnight screenings; The Rocky Horror Picture Show itself reanimates a whole lineage of American and British cinema every time it’s screened. The blood-red lips which greet you speak this lineage into unmistakable existence––everyone knows from the get-go what they’re in for. It’s fitting that you hear the names of Michael Rennie, Flash Gordon, Claude Raines and Fay Wray before those of Brad and Janet; the former group is undoubtedly more important. They are the real heroes of this story, the ones you should be thanking for having a good time.

“Umberto Eco once argued that […] the referential and meta structure which could give [a film] its sense of cult could also make its story act like a synthesized archive of all the movies.”

In Casablanca: Cult Movies and Intertextual Collage, Umberto Eco once argued that a cult film is not just a film, but a film about film itself, in the sense that in its “cultness” and infinite rewatchability it could hold a repository of the entire history of cinema. In other words, the referential and meta structure which could give it its sense of cult could also make its story act like a synthesized archive of all the movies; the kind of film you’d think of first if you met an alien who’d never heard of the movies. The Rocky Horror Picture Show is both that concept’s epitome and antithesis. In its blending of musical, horror, science-fiction, comedy and romance, it is a breathless pastiche of some the most basic tropes of American cinema. And yet, seconds into the film the big red lips tell you that this is not a movie about the movies, but about a particular kind of movies––those, of course, being the campy and trashy masterpieces of genre and B-movie yore.

I’ve spent the better part of the last five years trying to understand why I keep coming back to the kinds of film and media that I’ve come to acronymize as TEC: Trash, Exploitation and Cult. I’m obviously not alone in my fascination with these kinds of movies. Every other year I hear about a new “fantastic” or genre festival that has popped up somewhere around the globe. But the allure of that particular brand of aesthetic transgression still gives me pause. There is, of course, the famous John Waters axiom which dictates that: “to understand bad taste, one must have very good taste.” Yet that always felt to me like a follow-up question rather than an answer: if the appreciation of bad taste reflected very good taste, why was that still more attractive to so many than simply reflecting good taste through “regular” means? Decades after the publication of Shock Value, Waters offers a way forward. In an interview with Ray Chapman for FSG, he reiterates his position, but adds: “to know bad taste of course you have to have been taught the rules of the tyranny of good taste so you can yearn to break them.” The use of “tyranny” here says it all. The cultivation of bad taste, I have come to believe, is inseparable from some form of rebellion. You grow up being told what is good and what is bad and suddenly you come across a thing that looks bad, but feels good. The appeal need not be explained.

In that sense, my journey towards a love of The Rocky Horror Picture Show wasn’t in spite, but because of the fact that I grew up in a family that would despise it if I ever showed it to them. I grew up with two film canons, such that the cinephilia of my childhood was Egyptian monochrome classics and contemporary American dad favorites like The Godfather and Rocky (the one with the boxer). My family didn’t have much of a tolerance for what you might call “genre movies.” I barely watched horror until the last couple of years. Like many a repressed teen boy, I initially came to TEC for the childish thrill of sex and violence that it promised. When that thrill subsided, I stayed for the thrill of indulging in what I’d been raised to find vulgar, unsophisticated and incomprehensible. This is, for many, the singular driving force behind their pursuit of good-bad content. It becomes a way to assert identity through taste.

“[…] to know bad taste of course you have to have been taught the rules of the tyranny of good taste so you can yearn to break them.” – Jon Waters

An appreciation of TEC is, in some ways, an attempt at a statement of self, of independence and of intelligence. Waters argues differentiates good-bad taste from bad-bad taste by arguing that the former is “celebrating something without thinking you’re better than it” whereas the latter is “condescending, making fun of others.” In this way, appreciating TEC can be a flex without punching down. As the TEC aficionado, you are saying: “I am smart enough to find value in what you find trash.” You are saying: “I am so media-literate that I am able to read between the muddled lines of these ‘awful’ films and find the gems.” But to whom you say that matters. The Rocky Horror Picture Show does not only belong to TEC as a bona-fide cult classic and incoherent mess on the first watch, but also as a text that revels in the joys of B-movie filmmaking. The cinephilia of the red lips is borderline erotic in its invocation of horror and sci-fi iconography. It’s a self-indulgent love that lacks pretension.

But with the love of bad taste comes the risk of slipping into a different kind of bad-bad taste. My affection for The Rocky Horror Picture Show and its fandom is not without qualification. Cáel M. Keegan elegantly wrestled with the aging of The Rocky Horror Picture Show in Flow last year, outlining how the film peddles in transphobic stereotypes while pondering if it can still be salvaged politically. I enjoy the spectacle of Frank-N-Furter, but have never made peace with his characterization as a violently hypersexual and gender-nonconforming person. How productive is a transgressive queer character when their sexuality is also framed as the reason they enact physical and sexual violence onto others? In a similar fashion, I love the enthusiasm of shadow casts, but am utterly disturbed by how many participants perform the Sieg Heil “satirically” when Frank-N-Furter implies that Dr. Scott is a Nazi.

As with many TEC films, I believe The Rocky Horror Picture Show comes with risk, but is not beyond salvaging. As Keegan argues, alternate readings of the film––as well as resistance to its creator’s vile transphobia­­­––are possible. Fan practices can change and many shadow casts have vehemently rejected the use of the Nazi salute in their performance. None of this is to let the film or its fandom off the hook, but it is to remind the TEC viewer that we need vigilance to prevent the love of TEC from becoming a bad kind of bad taste. Resisting the “tyranny” of good taste is meaningless if that tyranny ends up reborn in our communities and content.

What do you think of The Rocky Horror Picture Show? Have you ever done a shadow cast of the film? Let us know on on Twitter, Instagram, Reddit, and the Horror Fiends of Nightmare on Film Street Facebook page! 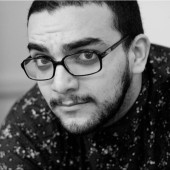