Get Out of Town! Filming Begins For The Next WRONG TURN Movie

Whether you’re a fan of the Wrong Turn films or think we don’t need another venture into the cannibalistic backwoods of West Virginia, a new film is on the way. Thanks to a Tweet from Ohio reporter Sheila Vilvens, we’ve got confirmation that the film is currently underway.

Series creator Alan B. McElroy has returned to write the script after an eleven-year hiatus, with director Mike P. Nelson (2018’s The Domestics) sitting at the helm. Wrong Turn has been an ongoing franchise since 2003 — the original film, directed by Rob Schmidt (2008’s The Alphabet Killer), starred Eliza Dushku and Desmond Harrington among others, and went on to be a cult-like hit among gore-hounds. If you didn’t already know, the titular film followed a group of friends who, you guessed it, took a wrong turn somewhere along their road trip and soon fell victim to a ravenous family of cannibals. The first installment was then followed by five more films, each arguably worse than the last, so it’s probably in the series’ best interest to just start from scratch. I, for one, am glad that it is.

The reboot is being led by actress Charlotte Vega (2017’s The Lodgers) and it follows a hiking expedition group that come across a society somewhere within the vast West Virginia landscape who call themselves The Foundation.  Whether they’re the new group of cannibals or if the original family will somehow be incorporated is up for speculation. Personally, I hope that they’re the new group of cannibals to help and keep things fresh. Principal photography for the film began on September 9, 2019, and the crew is reportedly currently shooting in Ohio, but no set photos have been made public as of yet.

What do you think of another Wrong Turn film coming out? Let us know on our Facebook, Instagram, and Twitter pages. And as always, for all your horror movie news, reviews, and interviews, keep lurking at Nightmare on Film Street. 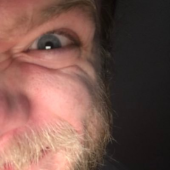 My name is Cullen Turbyfill and I am a writer and horror enthusiast. My love for horror stems from when I was just eight years old and my sister locked me in her bedroom to watch Wes Craven's New Nightmare, handing me a pillow and a trash can to vomit into.