The Top 10 Most Magnificent Monster Mobs

While some monsters prefer to work alone, others prefer to work as a group to get the job done. Whether they live together in a monster community, work together to carry out their nefarious plans, or just decide to team up for a short period of time to achieve a common goal, monsters are often seen forming groups or gangs.

While humans are usually terrible at working together in horror movies, and typically end up betraying each other at the first sign of trouble, monster gangs are proof that teaming up is a good idea, and there’s always safety in numbers.

So here are 10 of my favorite monster gangs, whether they look like they’d be fun to be part of or they’re all the more terrifying as a group! 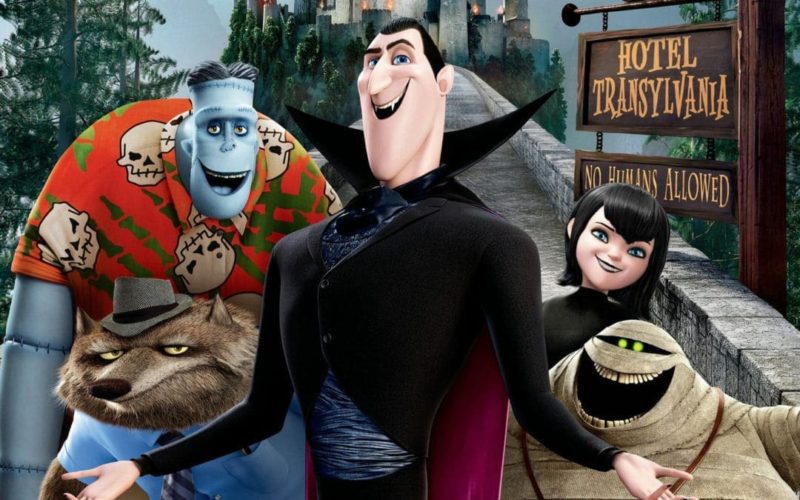 Hotel Transylvania proves that monsters are often as scared of humans as we are of them, and sees Dracula open a hidden, monsters-only hotel so that monsters can have fun in safety.

While it’s only usually Dracula and his daughter Mavis who live in the hotel on a full-time basis, regular guests include Dracula’s best friends such as Frankenstein and his wife, Eunice, Wayne and Wanda the werewolves, Griffin the Invisible Man, and Murray the mummy.

Hotel Transylvania proves that monsters just want to have fun and live together in peace, and Dracula gives them a five-star resort to relax in and do just that! While Dr. Decker is the real villain of Nightbreed, there is also an entire community of monsters living together in a place called Midian. The city is located beneath an extensive graveyard in the middle of nowhere, and the monsters only want to live together in peace, away from prying eyes after being hunted to near-extinction by humans.

After dreaming about Midian, and being bitten by one of the monster residents, Boone begins to turn into a monster himself and seeks to live in Midian with his monster pals. However, Boone’s involvement has alerted others to the presence of Midian and the monsters that live within, leading to an epic battle of humans vs monsters. The Munster family may not look like your typical suburban family, but the TV show followed the plot points and stereotypical family roles of most other sitcoms on TV at the time. It just so happened that the Munsters consisted of Herman (Frankenstein’s monster), Lily and her father Grampa (vampires), their son Eddie (a werewolf…somehow), and their human cousin, Marilyn.

The Munsters showed us that while we don’t all look the same, families are typically looking for the same things in life, including a loving and supportive environment at home. In the world The Nightmare Before Christmas is set in, every festive holiday has its own little world, meaning that Halloween town is packed full of every monster and scary thing you could imagine.

It’s the job of this rag-tag group to plan Halloween every year and ensure it’s the scariest holiday there is. However, it shows that monsters aren’t inherently evil or trying to hurt us, but are rather trying to make sure we always get the best Halloween possible and get a good scare.

There’s literally every type of monster you can think of in Halloweentown, including the cutest little group of vampires, Undersea Gal, a plaid-clad werewolf, and even the Devil himself. I feel like no matter how good your security system is, keeping a collection of the world’s scariest monsters together in one place is never going to seem like anything but a bad idea. In The Cabin in the Woods, the underground facility that is in charge of ensuring the world doesn’t end has an elaborate moving puzzle box system for storing their monsters, to ensure they’re all ready to go on a moment’s notice.

However, they also have a system purge button, which releases all the monsters in waves. When Dana and Marty release the reason all their friends are dead, they decide to take revenge on the facility staff by pressing that big red button and hoping they can hide long enough to survive.

Once the monsters are released, they team up into a completely unstoppable force to take out the facility staff and get their revenge for being locked up for goodness knows how long.

By the time Scooby-Doo 2: Monsters Unleashed rolls around, Mystery Inc has solved a lot of monster-related mysteries. So many, in fact, that there’s a museum exhibit displaying all the old monster costumes.

However, a brand new bad guy, the Evil Masked Figure, starts stealing the old costumes and reanimating them as real monsters. The monsters are hell-bent on wreaking havoc in the town of Coolsville and causing as much embarrassment to Mystery Inc as possible.

Not only is it amazing to see Mystery Inc come up against a group of impressive monsters, but it’s also a beautiful extra touch to have the creatures that were once just guys in costumes be brought back to life as actual monsters with supernatural powers. The whole movie is a wonderful slice of nostalgia, and perfect for fans of the original cartoons. Perhaps the most professional group of creatures on the list, the Cenobites from Hellraiser are here to do the bidding of Hell on Earth and ensure that sinners are properly punished for their actions.

While Pinhead is the leader of the Cenobites, he’s backed up by his co-workers Chattering Cenobite, Butterball Cenobite, and Female Cenobite. While they spend most of their time in their own dimension, they can be called forward by anyone who decides to mess about with the Lament Configuration puzzle box.

They definitely have the strongest fashion game of any group on the list, with more than a little leather and chains involved (this is Clive Barker after all), but if you don’t like hooks sticking into your flesh, you’re probably better avoiding these guys. While the ghosts in Thirteen Ghosts haven’t formed a monstrous gang by choice, they still find themselves shacked up together in a giant glass house when evil genius Cyrus Kriticos hunts a very specific set of ghosts to help power the evil machine/house he’s created.

Much like The Cabin in the Woods, no matter how good your ghost safety protocols are, they’re probably not going to be good enough to save you from these murderous creatures once they set their minds to it. While Cyrus releases the ghosts individually in order to call them to the heart of the machine for the final ritual, he doesn’t count on Maggie messing with the ancient spell recordings which are controlling the ghosts.

The minute the ghosts are free from the recording’s control, they decide to take their revenge on Cyrus for abusing them for his personal gain. Digging Up the Marrow hypotheses that monsters live among us, in a vast underground land called the Marrow, though they occasionally pop up in our world through gateways in the ground.

Monster enthusiast William Dekker makes contact with director Adam Green (playing a fictionalized version of himself) to make a documentary about the monsters and draw attention to their existence. However, Adam’s techniques for trying to catch footage of the monsters are a little more direct than Dekker’s softly softly approach, leading to some intense face-to-face confrontations with the creatures.

The monsters only seem to want to be left alone, and continue to live in the Marrow in peace, with them only resorting to violent attacks when it’s clear Dekker and Adam aren’t going to leave them alone. Basket Case (1982) follows the story of Duana and his twin brother, Belial, taking revenge on the team of doctors who separated them years previously. At the start of Basket Case 2, the brothers are on the run for the murders and decide to take refuge with Granny Ruth, an older woman who claims she can help them and offer them a hiding place in her house.

Granny Ruth claims to have known the brothers’ aunt, and she’s aware of their backstory. While it’s initially not clear why Granny Ruth has such a keen interest in the brothers, the mystery is soon solved when they arrive at her house. You see, Granny Ruth runs a home for freaks, with any creature who has been disowned or has run away welcome at her home.

The creatures at Granny Ruth’s house are all incredibly friendly, simply wanting somewhere to live their lives in peace. However, when threatened by a nosy reporter and her private detective friend, the monsters prove that they’re not to be messed with. The creature design on display at Granny Ruth’s is just spectacular, and they make for the most amazing band of misfits that you just can’t help rooting for!