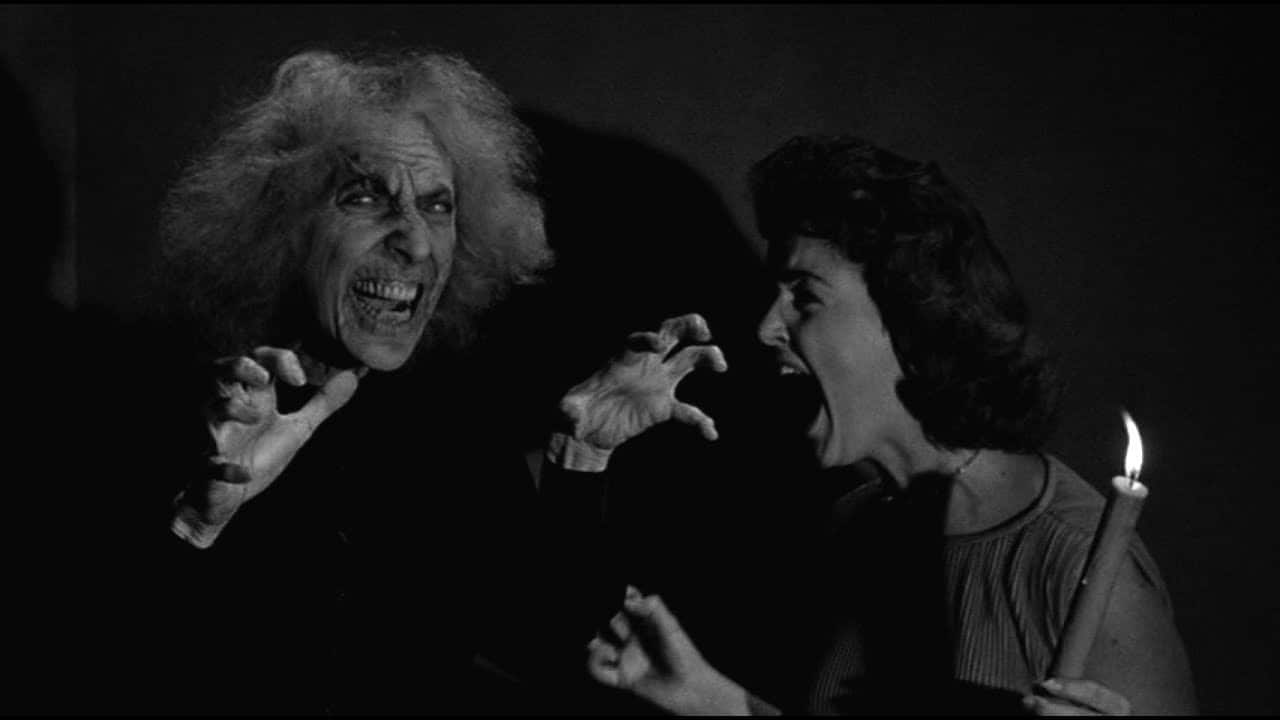 The black and white era of film sure did love their starlets! Horror films of the time, though, really loved their starlets with some specters thrown in! Whether they be the unidentified bumps in the night or full-bodied apparitions, ghosts and glamorous girls go hand in hand.

So put on your finest pearls and evening gowns and get ready for 10 Silver Starlets Spooked by Specters! Kicking off the list we’ve got the story of a revenge story from the grave! After she dies, a black widow possesses her former lover’s new client in an attempt to exact her revenge. This film stars Carole Lombard (My Man Godfrey) as the possessed Roma. It’s a notable performance and an interesting story of betrayal playing on tried and true “unfinished business” routine. 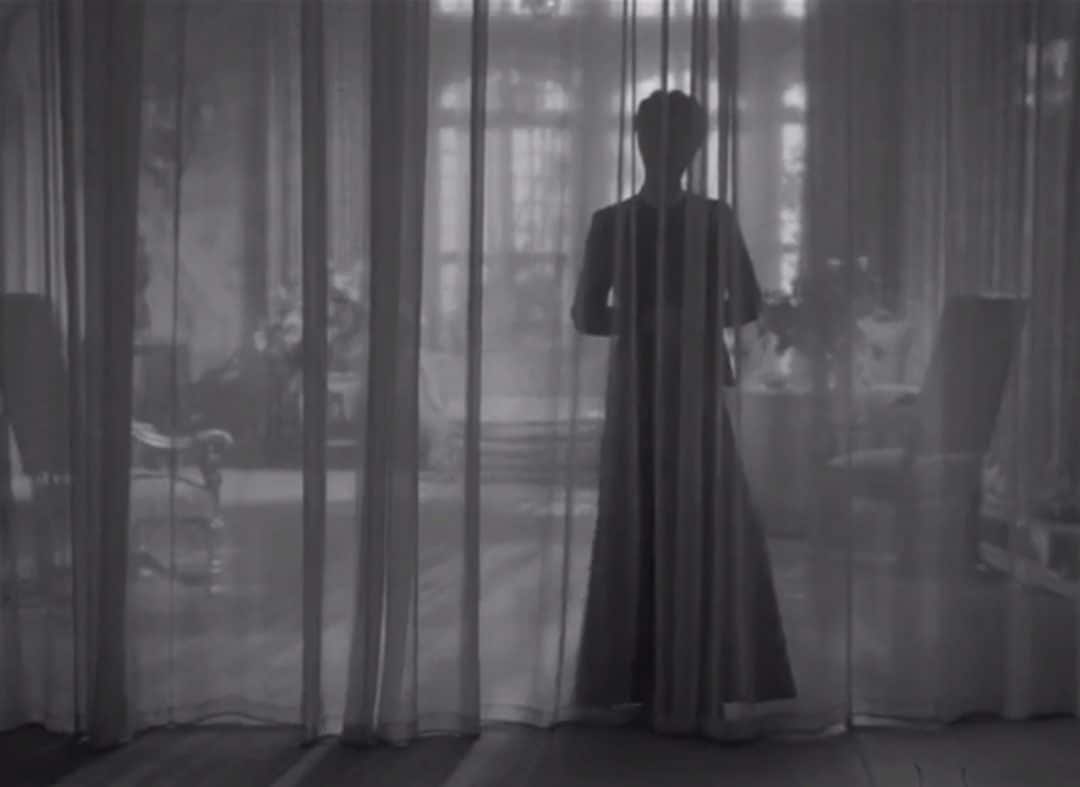 Probably the least “horror” out of the films on this list, Rebecca follows a high society man’s second wife, played by Joan Fontaine, who is harassed by the ghost of the man’s first wife, Rebecca. The film makes some interesting choices such as an unnamed protagonist in Mrs. de Winter (Fontaine) make this one of Hitchcock’s most compelling mysteries. In true Hitchcock fashion expect the unexpected! 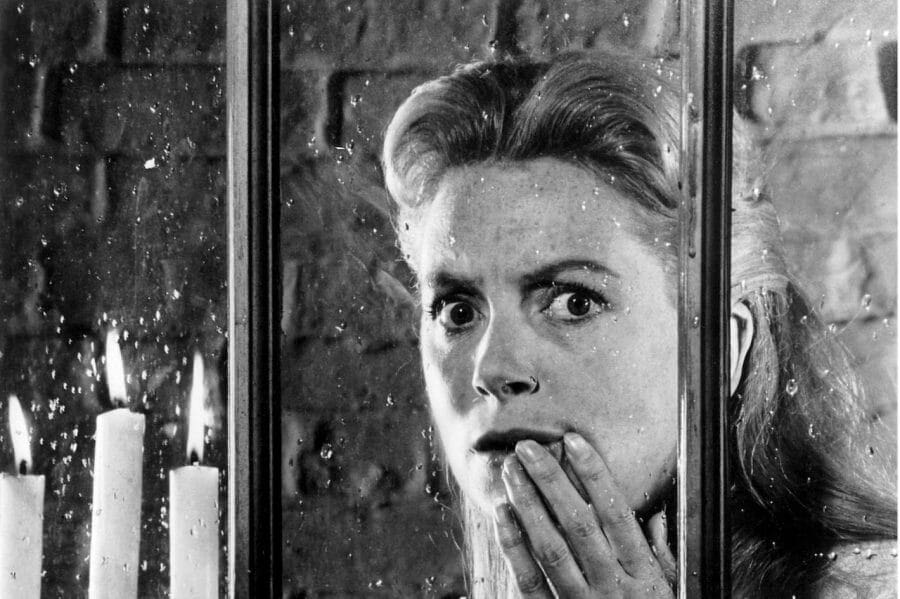 It’s tough being a nanny especially when the kids in your charge are possessed by the ghosts of the old servants of the manor! Deborah Kerr (The King and I) stars as the new governess Miss Giddens who begins to suspect old spirits are possessing the children she is charged to protect. This film stands out for its time as the ending is left pretty ambiguous, and seems to imply that we may not be able to believe everything we’ve seen. 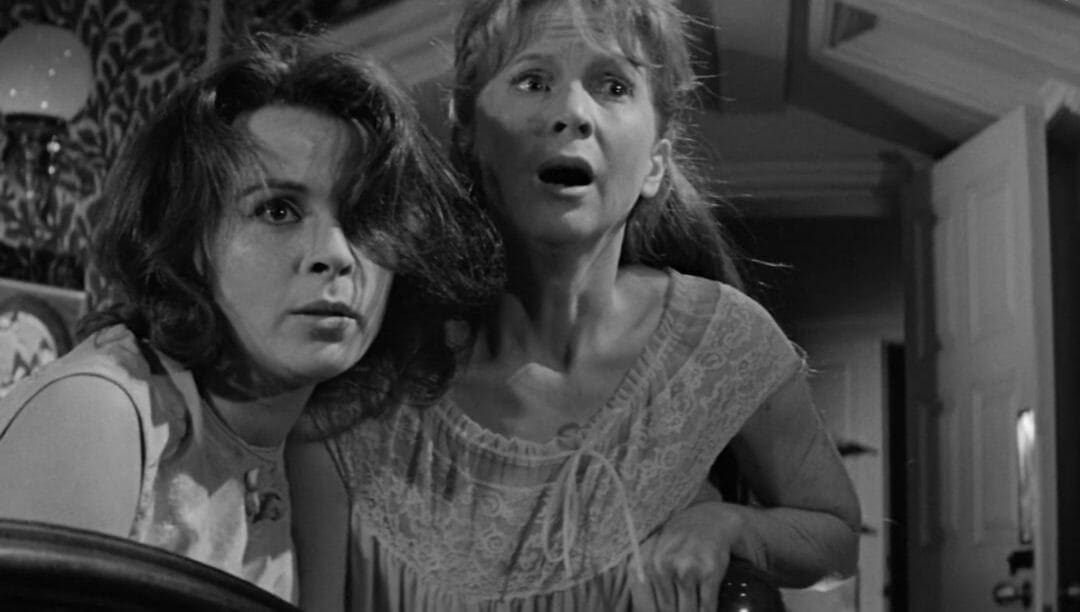 One of the many adaptations of The Haunting of Hill House, The Haunting (1963) is actually quite terrifying. The film shares the familiar plot of a scientist inviting subjects to spend the night at a haunted house in order to prove the supernatural. Unexplained door slamming and strange noises abound. Julie Harris (East of Eden) plays Eleanor Lance in a pretty faithful adaptation of the Shirley Jackson book. I won’t spoil the ending, but even if the Doctor does not obtain proof, something in that house is real! 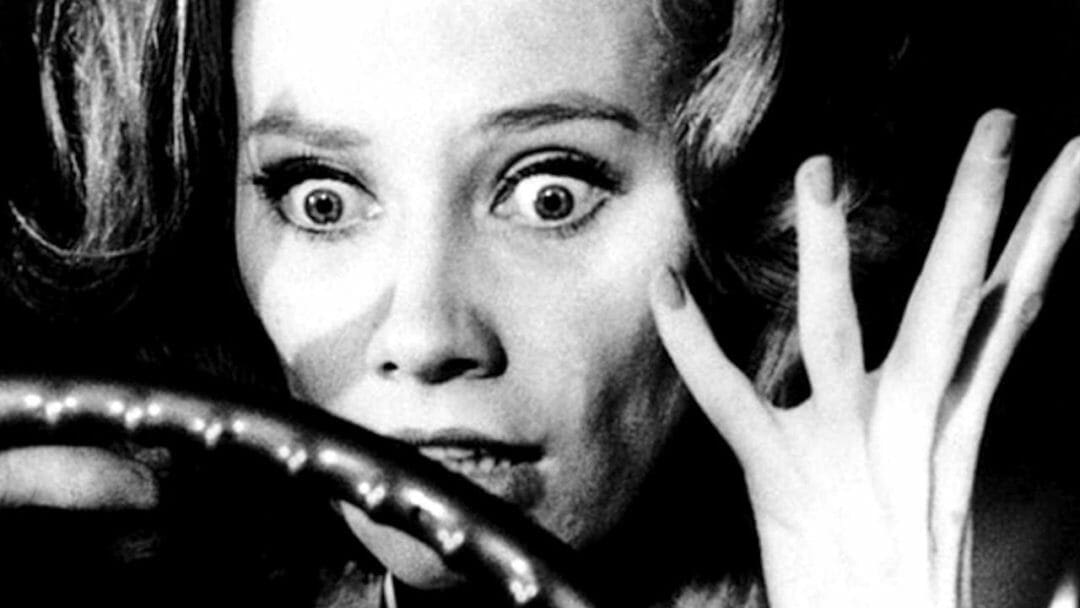 After a car accident, Mary Henry, played by Candace Hilligoss (The Curse of the Living Corpse), feels drawn to a nearby carnival and begins to experience unexplained events. She also begins to see a phantom figure whom she believes is after her. When she finds no assistance from her psychiatrist, she decides she must investigate the carnival herself and find out what is haunting her. This film has some of the creepiest imagery I have seen in a black and white film and the ending, though somewhat predictable, is the stuff of nightmares.

Alright so the Phantom isn’t an actual phantom, but this film is a classic for a reason. Starring Mary Philbin (The Man Who Laughs) and Lon Chaney (The Monster), this film is the quintessential gothic romance. After the Phantom kidnaps Carlotta (Philbin), she rebuffs him and escapes to the arms of her lover. The Phantom vows revenge. Add to that the iconic creature design of the disfigured Phantom is top-notch and plenty creepy. The setup is pretty simple; rich guy dies and his heirs must attend a spooky seance in his creepy old mansion complete with a creepy old butler (Belle Lugosi!). The catch? They must survive the night! Needless to say a night of murder follows with a pretty sweet ending that I won’t spoil lest there be consequences! This is a really fun watch with Agatha Christie flair. If mysteries are your thing, this is one you won’t want to miss. One of the more culturally relevant films on the list due to it being the inspiration for the term “gaslighting,” this film stars Ingrid Bergman (Murder on the Orient Express) and Charles Boyer (Casino Royale). Throughout the film, Paula (Bergman) begins to suspect that strange events in her home are somehow related to her aunt’s murder in that very house. Her new husband, however, continues to convince her that it’s all her mind and that she is going insane. Paula, beginning to break down psychologically realizes that her husband’s intentions are not what she thought. But is it too late?

This is one of the first haunted house stories that follows the familiar formula seen in many more modern films such as Amityville Horror, The Changeling, and The Grudge. A brother and sister move into a long-abandoned home and learn of its past through the daughter of the previous owners. Quickly, the siblings learn that they are not alone in the home, and that something supernatural is going on. As the pair learn more about the home, it becomes apparent that there is more to the house than just a haunting.

It would be near blasphemy to have a list of haunted starlets and not include the William Castle and Vincent Price classic House on Haunted Hill. Fredrick Loren (Vincent Price) is throwing a party for his 4th wife Annabelle (Carol Ohmart) by inviting 5 strangers into the home and establishing the rules that anyone who survives the night will receive $10000. As stories are told of the previous murders in the haunted home, the increasing paranoia of the guests leads them to murder. But Loren has plans of his own, and perhaps this haunted house is not as haunted as originally reported.

It’s interesting to note that in most of these ghost stories and haunted tales, the ghosts are seldom what they appear. Sometimes they’re jealous lovers, other times they’re greedy family members, other times still they are manifestations of one’s own insecurities. Regardless of the reality, the fact remains that the scares are real and perhaps that’s all that matters!