[Trailer] A Father Faces His Fears in Hulu’s INTO THE DARK: THEY COME KNOCKING When it comes to horror anthologies, Netflix and Amazon seem to have a strong hold on the territory. But Hulu came to change that with Into the Dark, which premiered in October 2018. Each 90-minute episode focuses on a holiday and is released the month of said holiday, and the cycle seems to be continuing strong as the trailer for June’s They Come Knocking, focusing on Father’s Day, proving that anything can be spooky.

They Come Knocking features a father taking his daughters on a road trip to mend from the death of his wife, and their mother. Unfortunately, bad luck follows the trio as they find themselves in the sights of supernatural entities. The trailer is short, clocking in under two minutes. However, it makes use of every single second. The atmosphere is heavy with dread and punctuated with moments that any horror fan will immediately recognize; promises, cellphone flashlights, and eerie messages scrawled in dirty windows.

At the helm of the series is the television branch of Blumhouse, guaranteeing each episode as creepy as the last. However, They Come Knocking has Adam Mason (Into The Dark: I’m Just F*cking With You) as director. Mason’s repertoire is heavy in the horror genre, both as director and writer. He’s joined by Shane & Carey Van Dyke (Chernobyl Diaries, The Silence) as writers. The cast consists of Josephine Langford, who is no stranger after horror flick Wish Upon (2017). Along with Langford the episode has Clayne Crawford (Lethal Weapon), Lia Mchugh (The Lodge) and Robyn Lively (Teen Witch). With a cast as strong as the writers, They Come Knocking is looking to be a strong episode to be remembered.

They Come Knocking drops Friday, June 7th, just in time for your annual Father’s Day camping trip. But maybe pass on the tent this year and invest in something more secure. Let us know if you’re looking forward to They Come Knocking on Twitter, Reddit, and Facebook! 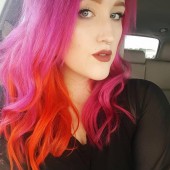