[Trailer] FREAKS Probes the Scary Side of Superpowers

It takes some real guts to name your horror movie after one of the all-time classics in the genre, but writers/directors Zach Lipovsky (Leprechaun: Origins) and Adam B. Stein (Mech-X4, Kim Possible) have done exactly that with their new film Freaks. And they might have a premise compelling enough to pull it off.

According to the official synopsis from Well Go USA Entertainment, Freaks tells the story of 7-year-old Chloe, who lives “locked inside the house by her father, … in fear and fascination of the outside world, where Abnormals create a constant threat – or so she believes. When a mysterious stranger offers her a glimpse of what’s really happening outside, Chloe soon finds that while the truth isn’t so simple, the danger is very real”.

The newest trailer doesn’t show us any worm men or pinheads, but we do get Emile Hirsch as a stressed father, fighting to keep Chloe (Lexy Kolker) hidden away. We can’t tell if Hirsch plays his daughter’s defender or her danger, but there’s definitely something unsettling about two-time Oscar nominated legend Bruce Dern’s (Silent Running, The ‘Burbs) performance as ice cream man Mr. Snowcone.

With strong reviews already following the movie’s TIFF premiere, Freaks looks to be another strong entry in the super-hero horror genre that sees not only a major release with this week’s Brightburn, but also with the hit tv series Legion and the upcoming DC Universe series Swamp Thing. There’s a clear X-Men vibe at work here, and with 20th Century Fox’s The New Mutants frequently delayed, Freaks can scratch that itch for fans.

Lipovsky and Stein lack the budgets of those better-known releases, but the trailer shows that they know how to make the most of what they have. The jaundiced yellow interior of Chloe’s house and Hirsch’s manic take on an overly protective father build genuine tension, and Dern seems to be playing the creepiest bomb pop peddler since Clint Howard’s Ice Cream Man.

With television mainstays Amanda Crew (Silicon Valley) and Grace Park (Battlestar Galactica) in supporting roles, Freaks promises to be an interesting twist on some familiar genres. Let us know if you’re exited to see Freaks on Twitter, Reddit, and on Facebook in the Horror Movie Fiend Club! 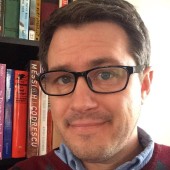