A Foreboding Presence Looms in VALLEY OF SHADOWS Trailer

Check out this haunting trailer for the upcoming horror/thriller, Valley of Shadows (translated from the Scandinavian title, “Skyggenes Dal”).  We follow the perspective of six year old child, Aslak, as he tries to make sense of mysterious and gruesome happenings. With Aslak, we explore myths and fables of the Scandinavian wilderness.

This film is the feature debut of stylistic director Jonas Matzow Gulbrandsen, who sets a tone for the story that is atmospheric and foreboding. Co-writer Clement Tuffreau describes the work as “a nightmarish version of ‘Peter and the Wolf“, teasing the contradicting perspectives of adults and children. It also seems to follow that classic fairytale theme; uncertainty of a creature’s presence looming just beyond the child’s home.

Ultimately, Valley of Shadows explores the connection between a struggling mother and her son as strange things begin to occur that the child can’t understand during a vulnerable time in both his life and their relationship.

Between the sea and the mountains in a small village in Norway, Aslak lives with his mother Astrid. A tragic event occurs that Aslak can’t quite understand and Astrid struggles to handle. Aslak’s friend shows him a macabre scene; three half-eaten sheep killed in the forest on a full moon night. In a quest for answers, Aslak ventures into the menacing forest behind his house. Is what happens on his journey merely a boy’s imagination or is it reality? VALLEY OF SHADOWS is a film in the tradition of Scandinavian Gothic fable.

This film is directed by Jonas Matzow Gulbrandsen, co written by Clement Tuffreau. Made in production of Film Farms and co produced by Them Girls Film and Anna Kron Film. .

Valley of Shadows is set to release in Norway on October 20th, 2017. It is currently showing at the Toronto International Film Festival. There are no U.S. release dates as of yet. 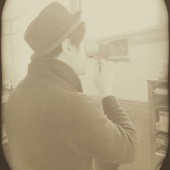