“Tell the truth, or you die. Do the dare, or you die. Refuse to play…” Well, you get the picture. As if we weren’t already excited about Blumhouse’s newest thriller Truth or Dare, Universal has just announced that the film will be pushed up a full two weeks, landing it smack dab on the first Friday the 13th of 2018! This isn’t the first time Blumhouse has capitalized on the superstitious release date. Happy Death Day, a surprise box office hit, slammed into theaters on the same date back in October where it crushed a few of it’s peers including Blade Runner 2049.

The shift places Truth or Dare ahead of anticipated releases such as Super Troopers 2 , A24’s untitled horror flick and Cloverfield 3, giving it a good head start at the box office and keeping it away from any direct competition. It has yet to be seen if the decision to move the film away from any competition is due to the studio’s thoughts on how well (or badly) the film may actually perform. With the successful streak Blumhouse has had lately, however, it’s hard to believe Truth or Dare won’t deliver.

The latest thriller from Blumhouse follows a group of friends who find themselves tangled in a supernatural game of truth or dare and what happens if they don’t answer truthfully, complete the dare they are given – or when they straight up refuse to play. The sinister twist on a classic, albeit mischievous, game we all know and love is sure to draw a crowd, while the Joker-esque grins pasted on the losing players will surely haunt our nightmares. 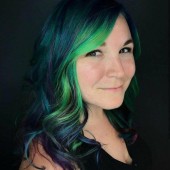