What’s Your Damage? The 10 Best Quotes from HEATHERS

The dark comedy Heathers (1989) is remembered among the film community for several important things that it achieved. The film’s storytelling, humor, characters, and morbid core, together put it on the list of must-see movies. Daniel Waters (Happy Campers, Vampire Academy) wrote Heathers, unleashing a very gloomy and very funny movie on the world that inspires high-school movies to this day. With Michael Lehmann (Airheads) on board as director, the gloom and humor were etched into stone.

Along with the ones mentioned above, one of Heathers most memorable characteristics is the cheeky, narcissistic dialogue. With its comedy and cheerlessness, the entire film is a movie quoter’s playground. Line after line is either dark, funny, or both. Whether those lines are spoken by main character Veronica (Winona Ryder), her odd boyfriend J.D. (Christian Slater), any three of the Heathers (Shannen Doherty, Lisanne Falk, and Kim Walker), or any other bizarre side character, so many of them are charmingly grim and comical.

Here’s 10 of the best of those incredible quotes from Heathers.

The school holds a ridiculous public rally in the cafeteria attempting to invoke ‘happiness’ among the student body after more students “committed suicide”. Veronica is quite upset with how the school and media is glamorizing the topic – frustrated that they were “making it sound like it’s a cool thing to do.” As she vents to J.D. about the event in the cafeteria earlier and how it was “chaos, fucking chaos,” J.D. explains how the day was actually great and, on top of that, the “chaos” was great.

Oddly, J.D. then drops a truth bomb that I suppose he thought would establish his point better: “Chaos is what killed the dinosaurs, darling.” This quote interestingly sums up Christian Slater’s character and his elaborate and bizarre justifications for any wrongdoing he had done.

J.D. definitely has a knack for having some of the darkest quotes in the film, and this one is definitely an example of that. Veronica fakes her suicide by hanging to deceive J.D. so that she can catch him before he blows up the school. As she is hanging there, J.D. climbs into her room and delivers a fantastic monologue to her dead body that makes me wonder if I should feel sad for J.D. or angry at him. He leaves at the sound of Veronica’s parents and Veronica sneaks up on him planting explosives in the boiler room.

J.D., upon seeing Veronica approaching him fully alive, immediately responds “I knew that loose was too noose.” His mix up of the similar sounding words, whether intentional by the character or not, adds a humorous and intriguing interaction to the beginning of an exciting climax that is about to take place.

8. “Did you have a brain tumor for breakfast?” – Heather Chandler

One of the murders-staged-as-suicide involved J.D. and Veronica killing the two biggest jocks in the school, Kurt and Ram. Veronica is especially fed up with them because of a rumor they started that they had done some things sexual things with her. In her attempt to get them back, she acquires the help of J.D. to simply scare them and frame them as being secretly in love with each other. Obviously, J.D. has other plans, and the two young football stars ended up dying in the woods.

At Kurt and Ram’s funeral, they are both laid in their caskets in suits with football helmets on their heads and footballs in their hands. Kurt’s dad addresses his dead son, expressing that he loves him, despite his sexual orientation. He ends his public one-sided conversation with declaring out loud, “I love my dead gay son!”

Heathers is excellent at remaining a resource for some of the most unique slang terms. One of the most interesting is the act of saying things that are cool are “very.” In the opening scene of the film, Heather Chandler asks Veronica to forge a note for a planned bullying activity. When Veronica protests, Heather Chandler explains that “It’ll be very.” This term is effective enough because Veronica gives in and writes the fake note.

A little while later, in Veronica’s first interaction with J.D., she poses the lunch poll question to him and he gives a solid answer. Veronica responds with her approval of this answer by telling him, “How very.” This little bit of 1980s slang has lived on in this movie without any other presence really anywhere else that I could find which further cements this as a wonderful iconic film.

In one of the many hilariously dark interactions that Heathers is known for, J.D. and Veronica have this small back and forth during a particularly dark moment. The first death occurs, Heather Chandler drinks chemicals and falls to her death and slams into her glass coffee table. Veronica, obviously freaked out, says, “Oh my god. I can’t believe it. I just killed my best friend.”  “And your worst enemy,” J.D. reminds Veronica. To this, Veronica responds that they are the “Same difference.”

This important shift in the movie has just happened and the script calls for this short amazing dialogue that helps the other quotes sum up the film’s spirit.

After several murders at the hands of J.D. and Veronica, she takes to her diary again to explain the effect that these fake suicides are having around her. She also explains that she is at a point where she no longer has control over herself when she is with her sociopathic boyfriend J.D. Veronica then poses a question to her diary about the future of her relationship and murder spree, “Are we going to prom or to hell?” This powerful quote is strong as it’s written but is also important to how this is essentially where we see Veronica start to take on her role as the film’s hero.

Heathers does a lot of things right, and its opening scene is one of those things. We get a taste of each character and their personalities. We also get a small taste of some of the slang that they all use casually. Heather McNamara comes to fetch Veronica under Heather Chandler’s orders and does so by coming up to Veronica and kicking her. Veronica’s startled and frustrated reaction is the iconic question, “What is your damage, Heather?”

This question is another entry to the time capsule that is this timeless film. Its timelessness doesn’t get in the way of preserving great 1980s slang terms such as asking someone what their “damage” is when we are frustrated with them and their behavior.

Throughout the movie, Veronica privately scribbles in her diary and shares her concerns and frustrations. The diary entry referenced above in which Veronica asks if they are going to prom or to hell began with an even more powerful and captivating quote: “Dear diary, my teen-angst bullshit now has a body count.”

As I mentioned above, this diary scene is important for Veronica’s character and sets her on the right path from that point on. This new path seems to almost be set by this harsh and interesting confession to her diary. She calls in what it is, teen-angst, and confesses what it has become: dead young people.

1. “Well, f*ck me gently with a chainsaw.” – Heather Chandler

Heather Chandler in her short time on-screen in Heathers delivers some fantastic quotes that are always very harsh and a little mind-blowing. The best line from the film is one of the infamous Heather Chandler lines. This quote is delivered with such conviction that it hits you hard. Before this line, we don’t see a whole lot of shocking events happen or experience any too-shocking dialogue, so this quote’s entrance is perfectly set up and flawlessly executed.

The beauty of this quote and its delivery is also its context. Veronica suggests something pretty reasonable to Heather: How about they ask others beside the usual insincere, boring rich kids the lunchtime poll question? Heather Chandler, without skipping a beat, replies, “Well, fuck me gently with a chainsaw.” This heavy-hitting quote is a perfect line in a perfect scene of a flawless movie.

Heathers is full of imaginative storytelling, absurd characters, and incredible dialogue and these characteristics hold the film’s place as a very important one. The film’s amazing quotes will be repeated among movie-lovers for even more decades and those quotes will be just as amusing then as they are now and as they were in 1989. The movie is packed so full of excellent quotes that narrowing it down to 10 was a very grueling process. This just means that you should head right on over to your TV and revisit this film and take in and appreciate all of its marvelous writing.

Chat all things Heathers with the Nightmare on Film Street community over on Twitter, our Official Subreddit, and the Horror Movie Fiend Club Group on Facebook! 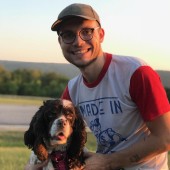