Where Did They Come From? Monsters Born in Black and White “Where do monsters come from?” might be a question children ask their parents before they’re tucked into bed at night, but it is one we don’t ask our adult selves as often as we should. Origin stories can breathe life into the narratives of our favorite movie monsters or they can drive a sturdy nail in their coffins, depending on the tale. When we look at the cinematic birth of werewolves, ghosts, and slashers, there’s so much more than meets the eye and not all is as black and white as it may seem. Traveling back to the earliest film debuts, monsters have terrorized the screens sans sound and color just as easily as they do today.

No matter what changes, one factor remains constant: horror is derived from both matters of the supernatural and the not so supernatural. Across the progress of cultures and advancing technologies, the major monsters of the horror genre that we still currently thrive on are deeply rooted in the grainy features of the past. Audiences dating back to the 1800’s and the early 1900’s may not have been taken by bright lights and splashes off of a technicolor rainbow, but they were captivated with the foreign beings that still effectively invade nightmares. Though the classification may not be easily divided, all monsters were born in black and white. 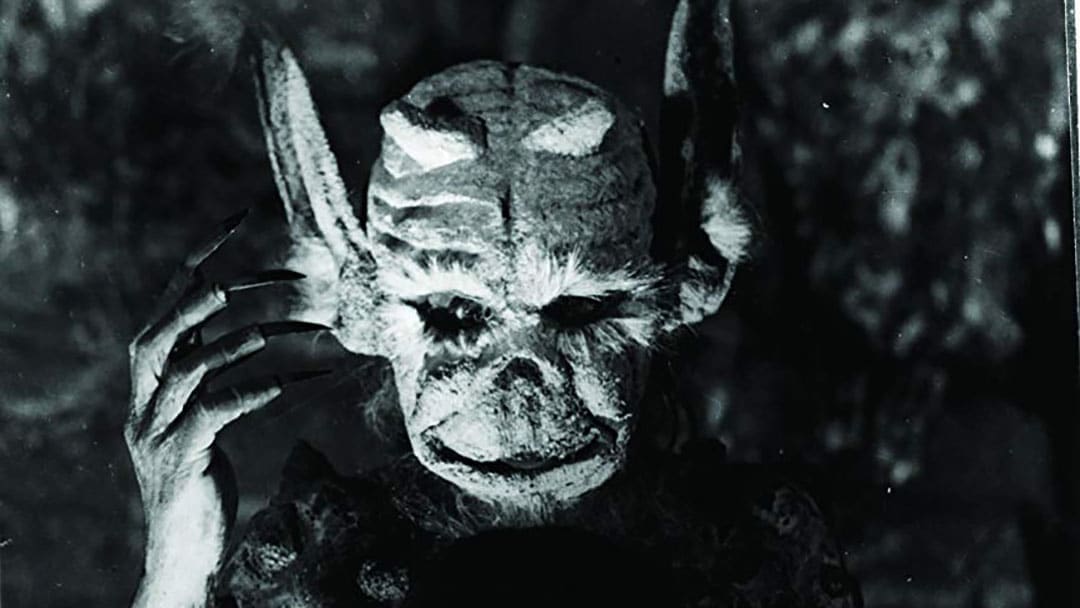 The term supernatural is a broad one, but easily encompasses most of horror’s content separate from potential real-life circumstances. The expression of supernatural beings in film predates Universal’s iconic movie monsters ranging from Frankenstein to The Bride, all of which begin with Julian Richard’s The Phantom of the Opera (1925). Black and white silent short films like Henry MacRae’s The Werewolf and Herbert Brenon’s Dr. Jekyll and Mr. Hyde from 1913 influenced horror icons made famous in James Whale’s The Invisible Man (1933) and George Waggner’s The Wolfman (1941). In the early evolution of monstrosities, physical effects relied ultimately on brilliant pioneering makeup efforts, many fabricated by the expert craftsman, Lon Chaney. While most of the images channeled within our minds present these monsters in vivid manifestations, each brought shock and nuance to viewers in nothing more than black and white graphics.

The walking dead, formally referred to as “zombies”, hold a supposed emergence from Victor Halperin’s White Zombie in 1932. It may be cited as the first zombie film of its kind, but that should not discount J. Searle Dawley’s 1910 short film and first adaptation of Mary Shelley’s Frankenstein. Later repurposed in 1931 by James Whale with Boris Karloff between the bolts, it is Frankenstein’s Monster that truly reanimated the dead in a more singular fashion. Only a year later, Karl Freund’s The Mummy wrapped up a resurrected corpse from the grave and led to the ongoing onslaught of zombie flicks up to another milestone in 1968 with George A. Romero’s Night of the Living Dead.

“These films set the stage for monsters who have never been seen outside of a screen, yet we fear their existence beyond what we choose to believe.“

Adding distinct character to the dead, vampires joined the army of monsters with F.W. Murnau’s Nosferatu in 1922. Starring the great Bela Lugosi, Tod Browning’s Dracula (1931) combines a bit of dark charm and drama to the image of the fang fiend, giving audiences the composed Count of the night that continues to be replicated. Films focusing on flesh eaters and suckers thrive on buckets of blood, but these movies managed to strike fear into the hearts of viewers without a single drop of red spilled.

Though it bears creation of the incredible, supernaturality is not exclusive to the impossible, so to speak. Horror is comfortably laced with contrived creatures based on a more grounded nature. Ghosts, demons, and witchcraft have become genre staples tempting audience beliefs since they first cast their dark shadows in the late 1800’s with Le Manoir du Diable, “The House of the Devil”. Technically crowned as the first horror movie, Georges Méliès’ french short blasts powerful imagery of specters, skeletons, crones, and The Devil in silent, blurry ranges of black and white boasting the initiation of cinematic hauntings. Benjamin Christensen’s Häxan (1922), approaches the supernatural with a more religious approach, being the first film to focus on witchcraft, satanic rituals, and demonic conjurings. Its old school color grading and visceral visuals are enamoring, macabre pieces dispensing terror at every gray angle. These films set the stage for monsters who have never been seen outside of a screen, yet we fear their existence beyond what we choose to believe.

The Quite Possibly Natural Regardless of time, color, and technology, the genre stands to agree that not all monsters are make-believe. True monsters are bred from reality, with many existing above, within, and under our natural world. From the deepest points below sea level to galaxies far, far away, beings of physical study have provided epic content and characterization for the horror genre from the early 1900’s. Alexander Butler’s The Beetle (1919) hatched the first killer insect transformation during the English Gothic Era, adapting a story that outsold Bram Stoker’s Dracula in the late 1800’s.

Since then, countless deadly bug variations have been the focal points of horrific sci-fi flicks. The evolution of threatening organisms hit new heights with Merian C. Cooper and Ernest B. Schoedsack’s King Kong (1933). Sparking themes of tampered life alterations and chaotic mass destruction for decades to follow, nuclear monsters continue to rule the screen. These films are among the many of the time that proves the color of the monster doesn’t matter, but the size does.

As some monsters occupy the same lands as we humans do, others reside in the dark recesses above and below the earth. Jack Arnold’s Creature From The Black Lagoon (1954) hid his evolved monster beneath the surface of Earth’s most mysterious dwelling. Milicent Patrick brought the Gill-Man to life for the screen with her tremendous, transformative makeup effects and design which have inspired beings from the deep for decades to follow. Thanks to the applied artistry of creators like her, we can imagine the creature’s shades of green without witnessing an ounce of pigment.

Georges Méliès’ Le Voyage dans la Lune (1902), “A Trip to the Moon”, sought frightening adventure in the opposite direction with an animated moon and beautiful otherworldly extraterrestrials. Erring more within the sci-fi genre than horror as we know it today, this satire inspired countless tales of the atmosphere beyond our own as it established the basis for eery fantasy entertainment. Its black and white optics are fitting for a shot into space and leaves only a star of colored ink in its legacy with one hand-colored print that was not discovered until the early 1900’s. When we speak of leaving a legacy, no monsters in our living realm leave footprints quite like those of man. Retracing our steps through human horror in film is probably the most difficult journey when it comes to citing initiation and influential impetus. The evils committed by real-life people and the depiction of their wretched behaviors on the screen have had an inherent momentum that continues to build since before the genre itself was defined. True, the film sub-genres of true and fictitious crime originated from somewhere, but the more noteworthy realistic horror films began in the early 1900’s. The year 1911 saw one of the first films centered around criminal murder with João Freire Correia’s Os Crimes de Diogo Alves, a Portuguese short about a Spanish fugitive’s horrendous claims to fame.

Roy Del Ruth’s The Terror (1928) brought a distinct name to mass murder and the fear surrounding it, turning true crime into a more ominous subject. Tod Browning’s Freaks (1932) turned mankind on itself in more grisly manners that still leaves viewers unsettled. The beginnings of the more popular sub-genre of horror, the “slasher” brought voyeurism to the screen with Michael Powell’s controversial Peeping Tom (1960), followed up directly by Alfred Hitchcock’s methodical and notorious Psycho. All live in black and white, but have gone on to produce endless portrayals of the unique gray area that haunts the human conscience.

“As a collective cinematic audience, we’re aware of where monsters came from. It’s where they’re going that usually catches our attention now.“

We don’t have to look beneath our beds or within our closets to seek out the origins of what we fear. They may not have been birthed on the visual spectrum, but they were born from genuine creativity displayed in the two colors often blurred by the horror genre. As a collective cinematic audience, we’re aware of where monsters came from. It’s where they’re going that usually catches our attention now.

What do you think of these colorless monsters and their historic roots? Which of these black and white icons is your favorite? Let us know your thoughts over on Twitter, Reddit, or in the Horror Movie Fiend Club on Facebook!