Why Me? A Look at Why Horror is Always Hungry For Teenagers 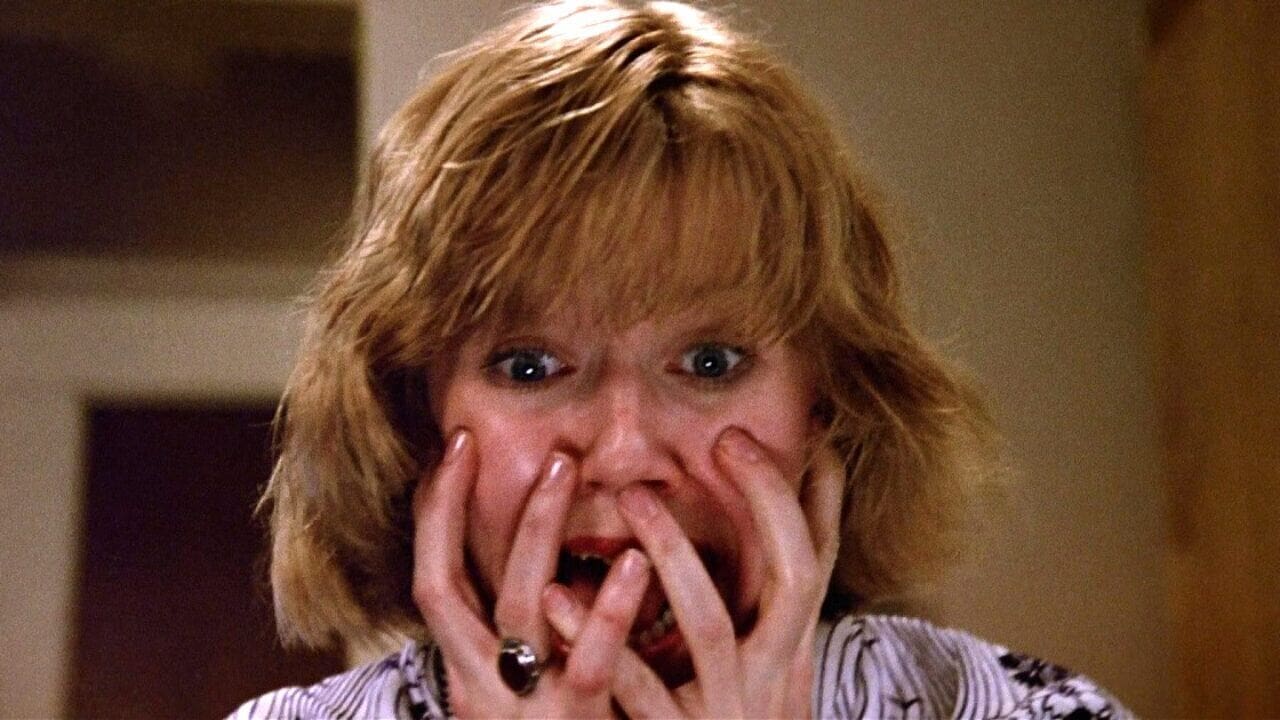 Adolescence occupies a liminal phase of human life: teens have out-grown the boogeymen and imaginary monsters of childhood, but they haven’t yet crossed into adult horrors like protecting their homes and children from forces that seek to harm them. From within that in-between, teens become the sites of their own horrors, born from their changing bodies, from the intensity (and instability) of their relationships, and from their journeys to finding a foothold in the world. Every angle of the teen experience begs to be dissected through a horror lens.

“Every angle of the teen experience begs to be dissected through a horror lens.”

It’s also worth mentioning that practically every horror movie is penned by adults, so as much as the narratives may be exploring remembered horrors of adolescence, teen screams are just as often looking at the discomfort of little Billy or Nancy becoming something unrecognizable to the adults in their lives. Teens are creature whose peers hold more influence than their parents, and who are prone to testing boundaries, taking risks, and being driven by desires over logic. For these reasons, a lot of horror centred around teens tends to fall into two major categories: teen bodies are sites of horror, and adults don’t understand teenagers and so are kinda scared of (or for) them.

Except for maybe pregnancy and its parasitic parallels, puberty comprises the most dramatic body transformation a healthy human can go through. Adolescence turns your body into something unfamiliar (Not an exaggeration: the reason why teens turn clumsy and awkward during growth spurts is because their brain’s map for their body’s size and position in space hasn’t caught up yet with the new changes). Horror takes it a step further and tranforms the teen body into something monstrous. Side-note: the next favourite metaphor for adolescence after transformation is demonic possession. If teen bodies aren’t being physically transformed into monstrosities, they’re being invaded and changed by malevolent forces.

Ginger Snaps (2000) is the classic example of this type of transformation. Ginger Fitzgerald (Katherine Isabelle)’s werewolf bite one night brings on more than just straightforward lycanthropy. It comes with her first (late onset) period, sudden intense cravings that she at first mistakes for sexual desire, and werewolfish traits that are direct metaphors to secondary sex characteristics, like the sudden appearance of fur. Her sister Brigitte (Emily Perkins), unbitten and unchanged, serves as a poignant reminder of how it feels when you’re young and the people closest to you seem to be growing up without you and leaving you behind.

“Horror takes [adolescence] a step further and tranforms the teen body into something monstrous.”

Swiss coming-of-age horror Blue My Mind (2017) is a newer entry that gives us 15-year old Mia (Luna Wedler), who lashes out at her mother and at herself, while experimenting with sex, drugs, and other rebellions in ways that are partly what you might expect from bored and disillusioned teens, and partly self-punishment as distraction from the strange changes happening to her body, from her toes slowly fusing together, to the skin on her legs bruising and sloughing away to scales. Unlike, Ginger‘s changes, Mia‘s are less obviously metaphors for puberty until you realize that she was born a creature, and that these transformations are her puberty. For better or worse, teenagers are walking bags of hormones, and even if they’re not necessarily having sex yet, most of them have started thinking about it. The horror movie take on teen sex always reminds me of that speech by Coach Carr in Mean Girls (2004): “At your age, you’re going to have a lot of urges. You’re going to want to take off your clothes, and touch each other. But if you do touch each other, you will get chlamydia… and die.”

Sometimes the horror of teen sex is built around fears and anxieties that teens naturally have about sex and sexuality. Navigating teen attraction is disorienting enough without having to deal with burgeoning god-like powers as hard to control as hormones, such as with Thelma (Eili Harboe)’s in Thelma (2017). She ends up making her first crush vanish from existence. Or how about a sexual awakening that reveals that your anatomy is … more aggressive than most, like Dawn‘s (Jess Weixler) in Teeth (2007).

“Sometimes the horror of teen sex is built around fears and anxieties that teens naturally have […] Otherwise in horror, sex becomes the mechanism for spreading fear like a sexually-transmitted infection.”

With your crush-goggles taking over, you might also end up drawn to the wrong person. Crushing on a rebel is one thing, but what if you give your heart away to someone obsessive who would try to kill your entire family to keep you in his life, like Nicole (Reese Witherspoon) falling for David (Mark Wahlberg) in Fear (1994); or someone who secretly hates your guts and is plotting your death, like Sidney Prescott (Neve Campbell) and Billy Loomis (Skeet Ulrich) in Scream (1996); or a vampire who gets you in deep with the local vampire gang, like Michael (Jason Patric) and Star (Jami Gertz) in The Lost Boys (1987).

Otherwise in horror, sex becomes the mechanism for spreading fear like a sexually-transmitted infection. Maybe doing the deed makes you a magnet for serial killers who cling to antiquated beliefs about virginity, or maybe it passes along a disease, like the nasty flesh-eating disease in Cabin Fever (2002). It Follows (2014) gives us a sort of hybrid wherein the act of having sex acts like a chain letter, and once you’re part of the chain, you’re always at risk that an unknowable killer entity will eventually find its way back to you.

I Know You Are, But What Am I?

A large part of your identity as a teenager is built around the friends that you keep. A perfect example is Jennifer (Megan Fox) and Needy (Amanda Seyfried)’s friendship in Karyn Kusama’s Jennifer’s Body (2009). From the beginning, their friendship is spelled out as intimate and insular: Needy vision tunnels during a pep rally until Jennifer is the only cheerleader in focus; the girls’ fingers are entwined as they watch the band Low Shoulder perform their set.

Jennifer’s death and subsequent possession resonate with any teen friendship that’s suddenly soured. Someone might be your best friend and privy to all of your deepest insecurities and secret crushes in September but be a total stranger by May. Jennifer and Needy’s friendship takes a turn for the monstrous not only because Jennifer has changed, but because Needy isn’t ready to find her identity apart from her best friend. She seems to sense the moment when Jennifer kills nice goth guy Colin (Kyle Gallner), implying that there’s something supernatural about their bond. In the end, with Jennifer gone, Needy seems to manifest some of Jennifer’s strange powers, a great metaphor for the influence of high school friendships. Sometimes it feels like, rather than having a personality of your own, your personality is just a mash-up of traits absorbed from your closest friends.

Teens without friends aren’t immune to threat just because they don’t have friendships that might turn rancid. Excision (2012) and Carrie (1976) give us friendless teen girls who, outside of noxious home lives, have no one outside their families with whom they can confide. Whether prickly, like Excision’s Pauline (AnnaLynne McCord) or timid like the eponymous Carrie (Sissy Spacek), other teenagers pose social threats that spur Pauline and Carrie to retaliate in monstrous ways. Pauline cooly dismantles the girl who mocked her with a scalpel; Carrie unleashes indiscriminate psychokinetic rage against the mob of school peers who never had her back.

The gang of teens who have relatively healthy friendships have just as much to offer to the genre (and are often the staple of slashers). Teenagers’ developing frontal lobes already leave them prone to taking unnecessary risks and making impulsive decisions and, not that this should be surprising if you’ve ever been a teen, but studies have shown that this sort of behaviour is even more likely when friends are hanging out together. The pay-off high for taking a risk feels even better when you share it with friends. Without teen brains making dumb decisions, we’d never have such entries to teen horror as Friday the 13th (1980), I Know What You Did Last Summer (1997), or The Craft (1996). But even without friends to impress, teens are likely to make risky, emotionally-driven decisions every day, and if you were a teen once, you probably remember that your youth came with a certain amorphous sense of immortality, like you were somehow untouchable. These elements are what make teens the perfect focus for horror. Sure, it’s frustrating to watch them leap with bravado into situations that can only end badly, but a teen horror movie might become unwatchable if young people always took the most safe and logical courses of action.

For so much of our horror to work, we need teens who want to get away from the pressures of school and their parents and drive out to a cabin in the woods with their buddies. We need teens who will roll their eyes before watching the cursed videotape or putting their fingertips on the Ouija planchette. We need them to get distracted by a passionate speech to their best friend or passionate sex with their partner while a killer is on the loose. Their impractical but almost-adult decisions are the bread and butter of so much horror and I wouldn’t have it any other way.

“[Teens’] impractical but almost-adult decisions are the bread and butter of so much horror and I wouldn’t have it any other way.”

Each way in which adolescence can be exploited for horror could be an essay unto itself. A lot of this piece zooms in on the teen girl experience within horror, but I’d love to hear more about how the treatment of teens of other genders through the horror lens. Share your thoughts by heading over to Twitter, Reddit, or in the Horror Movie Fiend Club on Facebook!