Oh, frabjous day! Callooh! Callay! Thank you, readers, for joining us upon Mad Hatter’s Day. How did this get to be the day we commemorate this insane fellow you might say?

The English illustrator John Tenniel originally depicted the Hatter’s hat with 10/6 written on the card tucked in his hat band. The 10/6 referred to the cost of a hat in its day at 10 shillings and 6 pence. This later was to become the date and month to celebrate Mad Hatter’s Day. The Mad Hatter made his first appearance in Lewis Carroll’s Alice’s Adventures in Wonderland as the delightfully backward tea party host. The Hatter returned in the sequel, Through the Looking-Glass. These two stories gave the world many colorful characters rife with political allegory and an enduring crop of deeply seeded metaphors for readers to harvest for over the course of a century and a half. Some us might have found ourselves winding down through the dark rabbit holes of internet conspiracies leaving us just as confounded as Alice. The impact that Lewis Carroll’s whimsical tale has made can easily be seen all around us in film, animation, comics, and games. Let’s take a look at 10 of the best horror characters inspired by Alice in Wonderland. Director Norman McLeod’s bizarre black & white love letter to the classic tale carries an all-star cast. This is not the proto-psychedelic playground we were transported to in 1951 Disney animated feature. No, this distorted, claustrophobic Wonderland is spotted with bizarre, menacing figures in costumes that would certainly still serve as a fresh dish of nightmare fuel passed down from German Expressionism. Among them, Edward Everett Horton (It’s a Mad Mad Mad Mad World) played the Mad Hatter. The transformation sequence of the yowling baby (played by dwarf actor Billy Barty) into a squirming, squealing, live flesh-and-blood pig is something rivaled to the work of Tod Browning in his day. This psychological horror casts off any trace of Victorian prudery as Claude Chabrol keeps the feeling of the 70’s like a Hammer horror classic. Charbol drifts into expressionism depicted through parallel dimensions with the sets reflecting duality between good and evil. Take that and infuse the camera and lighting with a heavy feeling of Hitchcock and your there lost in the landscape this film captures. The audience soon realizes that she is lost in some sort of fantastic paradox defying reality. It is a subtle but terrifying film laced with many haunting moments. In this surrealistic revision of Alice in Wonderland we see one live actor for Alice played by Kristýna Kohoutová going through her adventure among a large variety of demented stop-motion animated creatures. The White Rabbit, for example, is a living taxidermy we see eating the stuffing he seems to have a problem constantly losing. To say the original story is followed reasonably faithfully would be generous. Those of you familiar with Jan Svankmajer’s other films will not bat an eye at the numerous digressions into the directors’ familiar territory, with living slabs of meat and all. American McGee’s re-imagined Alice set her in her late-teen years, similar to Tim Burton’s adaptation, he did for Disney but more along the lines of Return to Oz (1985). This computer game put players in charge of a suicidal, institutionalized victim of her crippling otherworldly experiences. During Alice’s incarceration in the Asylum, The hatter snapped and became an organic, metallic confabulation of his former self as well as Alice’s enemy. 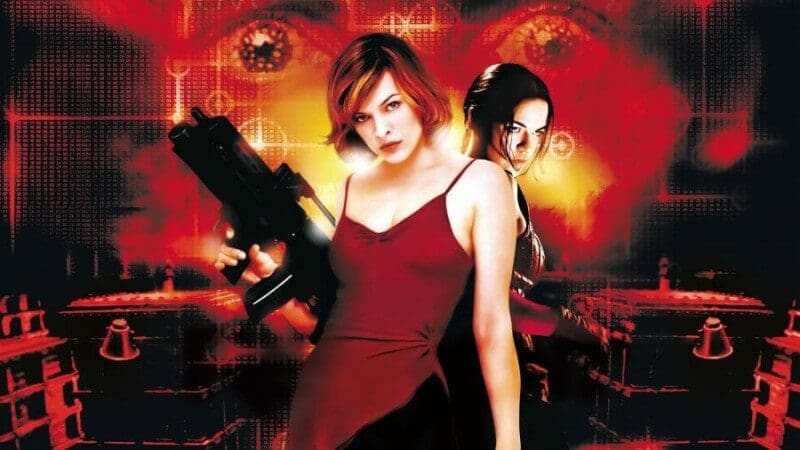 Carrol’s two novels were heavily referenced in Resident Evil. Within the commentary track for the film, Anderson instructed the actors to understand their roles by way of Wonderland characters, later to make the references less blatant towards the final draft. Aside from the main character brandishing the handle Alice, the film is loaded with other more subtle nods like the first victim being beheaded within the Red Queen‘s laser corridor. This television series took everything we know about Wonderland and turned it upside-down. The Mad Hatter (Andrew Lee Potts) is a drug peddling revolutionary. She follows the White Rabbit through outlandish underground cities of twisted towers with parapets to that of a Dalinian dreamscape. It is made for T.V. so some might scoff but you really only need three reasons to watch it and they are Harry Dean Stanton (Twin Peaks), Kathy Bates (American Horror Story), and Tim Curry (Yeah know, Tim ‘Freaking’ Curry). This take on the famous fairy tale follows a university student (Maggie Grace) who gets knocked out by a cab in Central London. When she finally wakes, she is lost in a world far from home with amnesia. She barely navigates her way through a surreal and frightening underworld. This Wonderland is filled with bizarre low-life individuals. She must gather her wits and plunge through her confusion if she is to ever get back home. Take the classic sorority slaughter formula of the 80’s and dowse it with a heavy Alice in Wonderland theme. Alice Lewis is turning 21 and her sorority sisters are tossing her big birthday bash. No cell phones, no boys, no problems right? Well, that is until the Jabberwocky that no one invited shows up casting his “frumious bandersnatch” all over the party.  Well, there you have it, you know what you’re getting into, next stop Murderland. The film is a roll call in a line up of heavyweights in Marxist philosophy, sounds too serious? After you realized you have fallen into the Marxist rabbit hole the filmmakers break up the monotony by interspersing animation parts with a cartoon Trotsky that navigates Marx through the Matrix of his ideas while also parodying Alice in Wonderland. Indie director Navin Dev serves up a sinister rendition. With not even two minutes into his nightmarish Wonderland we already see a creature punching their fist into a stomach to yank out some type of wriggling Cthulhu monster. The gloomy tale follows Mary Ann, a young adult returns to her childhood home as she faces her forgotten terrors. The old haunt is littered with Occult paraphernalia and every corner seems to look at triggers more disturbing memories. Beyond the rams, candles, and pentagrams, she eventually has a dark awakening as she hears the demonic whispering hymnals to the Red King.

Thanks for joining us at Nightmare on Film Street for Mad Hatters Day.In closing, I would like to share the answer to The Hatter’s own ridiculous riddle. “Why is a raven like a writing desk?” Lewis Carroll once answered The Hatter’s riddle in the 1896 edition of Alice’s Adventures in Wonderland. Carroll also added wrote in part of his preface, “because it can produce a few notes, tho they are very flat; and it is never put with the wrong end in front!”

Let us know what your favorite adaptation of Lewis Carroll’s Alice in Wonderland is on Twitter, Reddit, and in the Horror Movie Fiend Club on Facebook.