Hold onto your butts, Horror Fans! This week’s episode of Nightmare on Film Steet is our spoileriest, spoiler-filled, spoiler episode of the year! Join your horror hosts Kim & Jon as they discuss Zach Cregger’s Barbarian, immediately after having their minds exploded across their local multiplex. Be warned: this is a full-spoiler discussion of Barbarian because (holy shit!) this is a wild, unpredictable shocker that needs to be talked about. We encourage you to save this podcast until after you’ve seen the movie for yourself, but if you’ve already made the trek out and you need someone to talk to about THAT scene… Join usssss 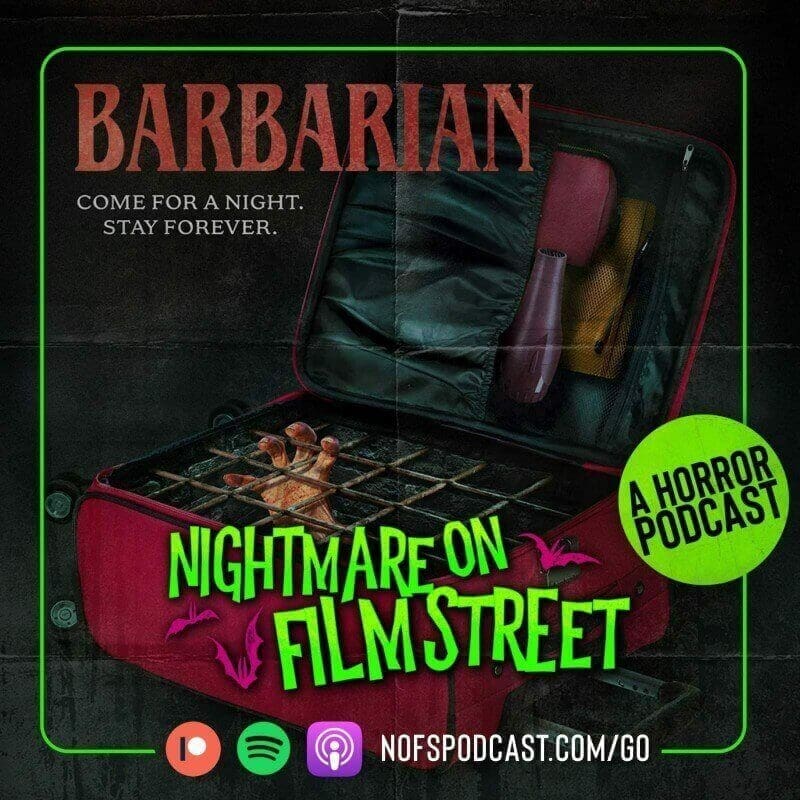