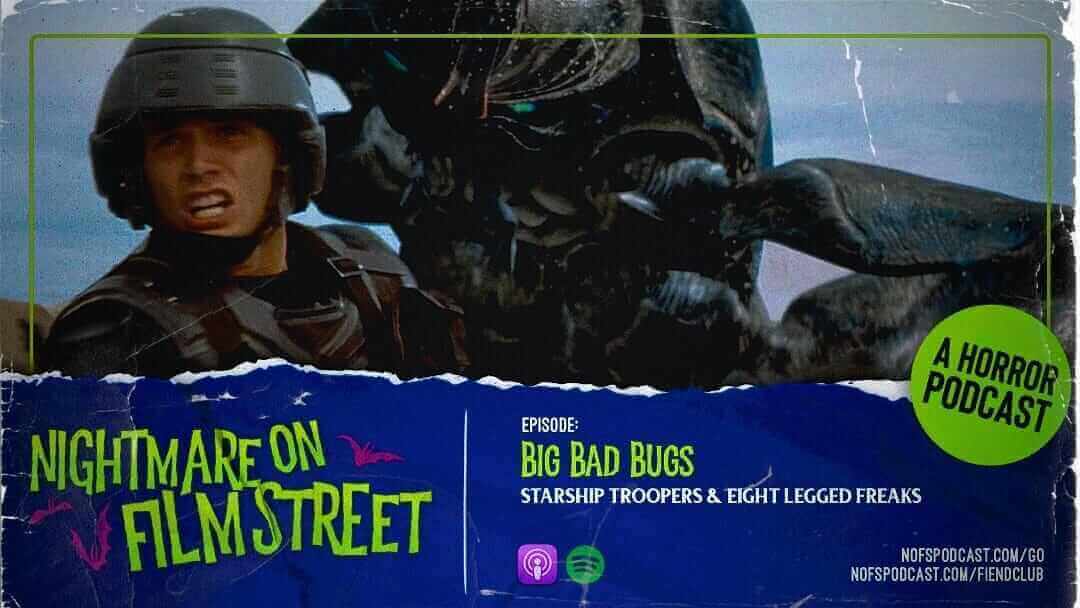 The only good bug is a dead bug! That’s not exactly true, bugs are our friends, but it sure sounds nice in a big bad monster movie! Join your horror hosts Jon & Kim on this week’s episode of Nightmare on Film Street as they get caught in the webs of some big bad bugs. First up, we’re going to war against an army of arachnids in Starship Troopers (1997) before hopping on our dirt bikes to haul ass from the giant mutated spiders of Eight Legged Freaks (2002). Joinn usss… 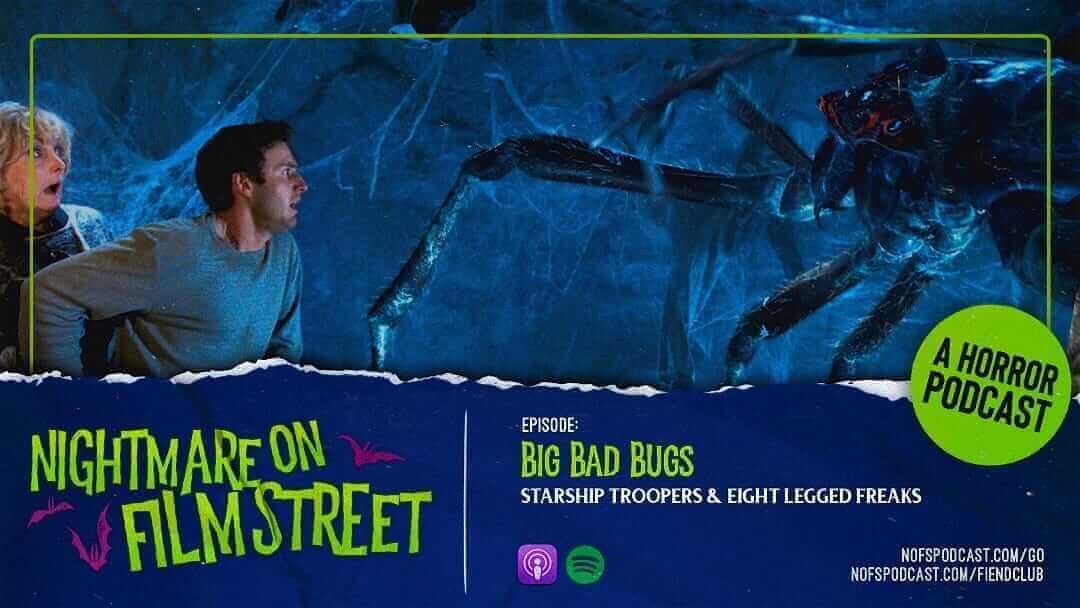