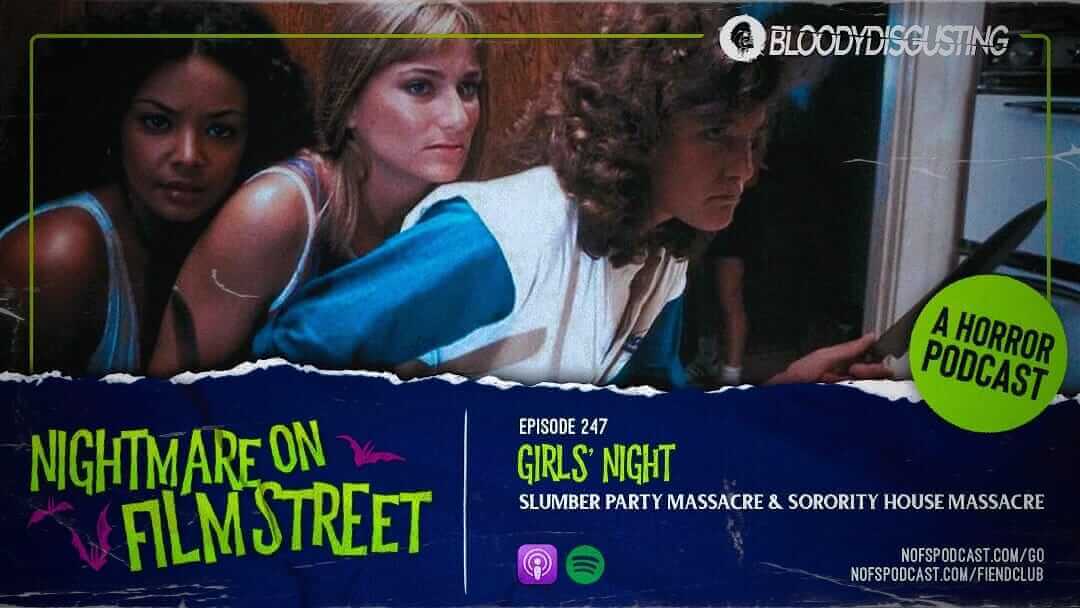 Oh yes, it’s ladies’ night and the…killing’s right?? Anyway- it’s girls’ night this week at Nightmare on Film Street and if there’s one thing you absolutely must have for a successful sleepover, it’s horror movies! Join your hosts Jon & Kim as they sit down to discuss two of the massacriest female-directed horror films of the 1980s. Kicking off the party is Amy Holden Jones’ beloved Slumber Party Massacre and we could think of no better movie to follow up that staple of the horror genre than Carol Frank’s Sorority House Massacre. It’s a blood-splattered pajama party filled with driller killers, psychic visions, and (best of all) pizza with extra cheeze! Join uss..

Unlock access to exclusive bonus content and earn some other frightfully good rewards; including shoutouts, merch discounts, and swag (like membership cards, stickers, and temporary tattoos!) by joining the Nightmare on Film Street Fiend Club. Join us and the rest of the Fiend Club for our Love Hurts movie night, just in time for Valentine’s Day over in the newly unveiled Spooky Speakeasy! Full details HERE. 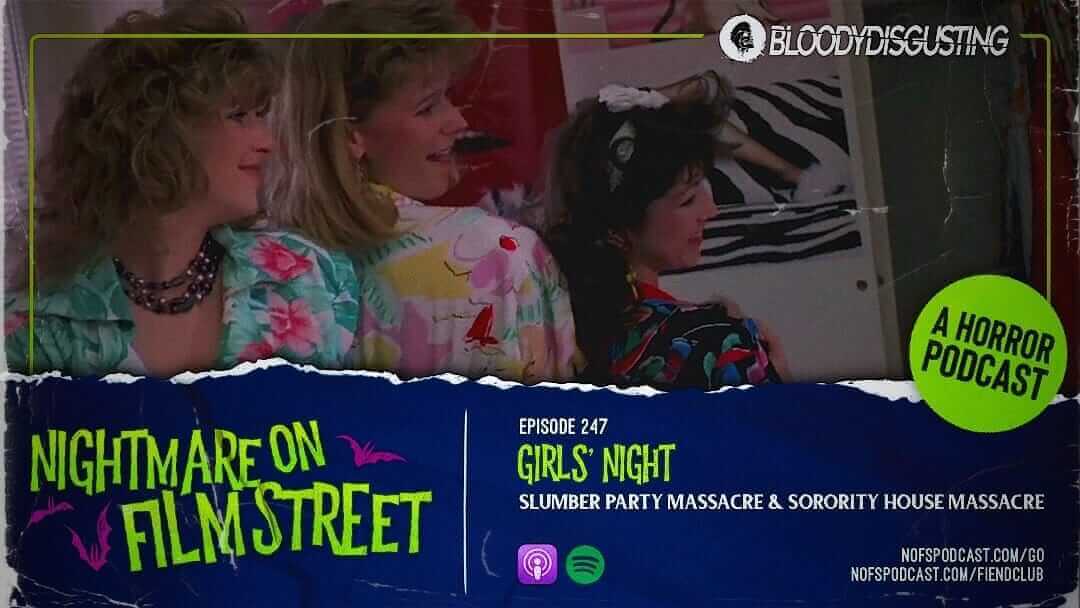