Welcome to Episode 5 of Nightmare on Film Street’s NEVER SLEEP AGAIN Series! Through 9 grueling episodes, we’ll be covering every single film in the A Nightmare on Elm Street series… on no sleep!

It’s a boyyyyyy! Join your horror hosts Jon & Kim as they deliver part 5 of the podcast series that will one day drive them insane. In this fiend club exclusive episode, we sit down to deliriously discuss A Nightmare on Elm Street 5: The Dream Child (1989) and all its off-the-wall madness. Kim falls in love with creepy baby Freddy, Jon drinks so much coffee he begins to sweat uncontrollably, and they both lose their minds trying to explain the dream logic of this divisive sequel. Join usssss 🥴☕ 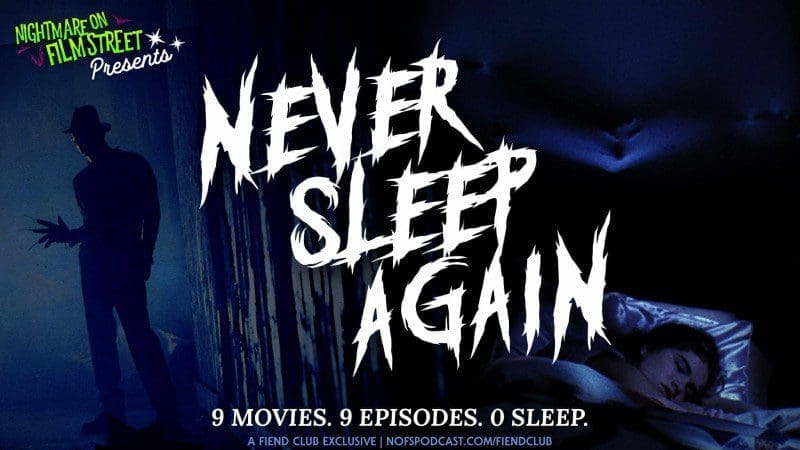