Celebrate the July 4th long weekend with Nightmare on Film Street as they discuss James DeMonaco’s patriotic bloodbath The Purge: Election Year. If hotdogs, fireworks, and cheap beer aren’t your vibe, join your horror hosts Jon and Kim for 12 hours of unregulated, unrestricted horror where all crime is legal, including murder! We’re “releasing the beast” this week as we close out another explosive double-feature of Americana horror-ama. Join ussss… 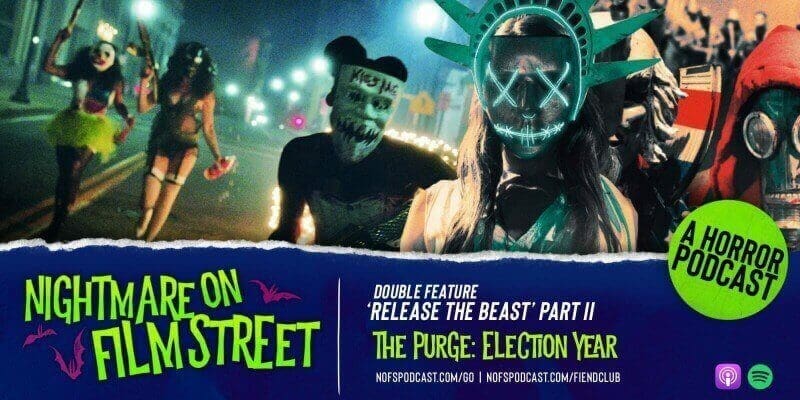