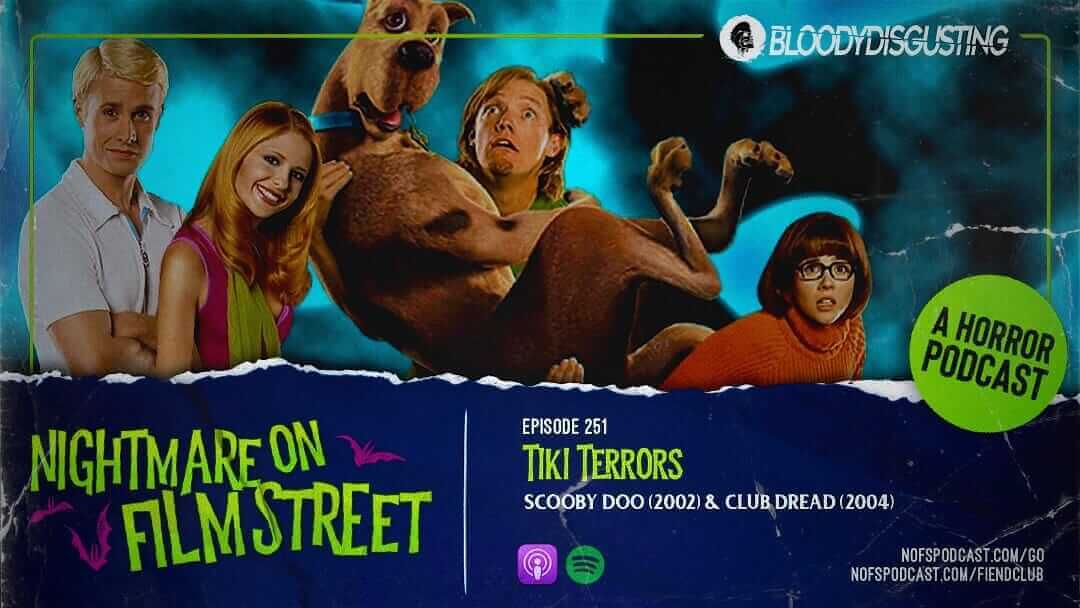 Grab your passports and leave your Covid woes behind, we’re jumping on a plane and heading straight to the sun-soaked horrors of two murder-ific, tiki-tastic vacation destination movies! Join your hosts Jon & Kim as they sit down to laugh through all the early 2000s cgi gags of Scooby-Doo (2002) and Broken Lizard’s unapologetically immature Club Dread (2004). It’s a double-feature of firedancing, hidden identities, and talking dogs! Well, there’s only one talking dog between both of these movies but Club Dread boasts a pretty wacky performance from the late, great, Bill Paxton and that’s well worth the price of admission. Join uss..

Unlock access to exclusive bonus content and earn some other frightfully good rewards; including shoutouts, merch discounts, and swag (like membership cards, stickers, and temporary tattoos!) by joining the Nightmare on Film Street Fiend Club. Join us and the rest of the Fiend Club for a very special March Break movie night presentation of Tourist Trap in the newly unveiled Spooky Speakeasy! Full details HERE. 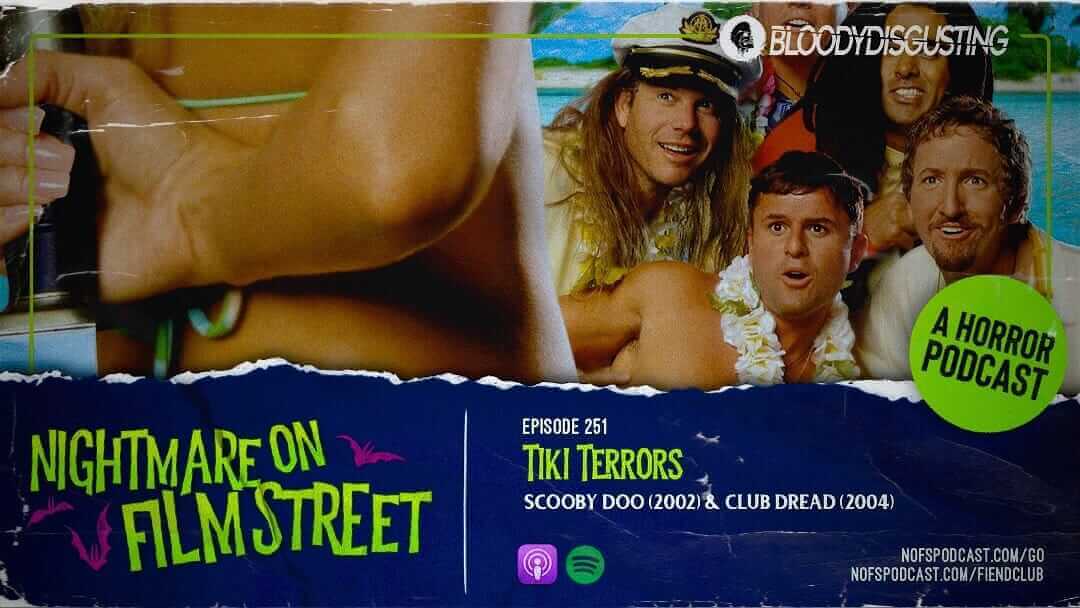